In yet another shocking incident of Hindutva terrorists traumatising Muslim victims, a group of right-wing goons have mercilessly thrashed a Muslim boy for allegedly possessing beef in Maharashtra.

The video of the incident has now gone viral on social media platforms.

In the video, which was reportedly shot in Maharashtra’s Malegaon district on 26 May, a group of Hindutva terrorists are seen mercilessly thrashing a young man for allegedly possessing beef, which can be seen lying on the floor.

The victim defends himself by clarifying that the meat on the floor is of buffalo, but to no avail. The attackers also get enraged on the victim pronouncing Allah’s name in desperation. 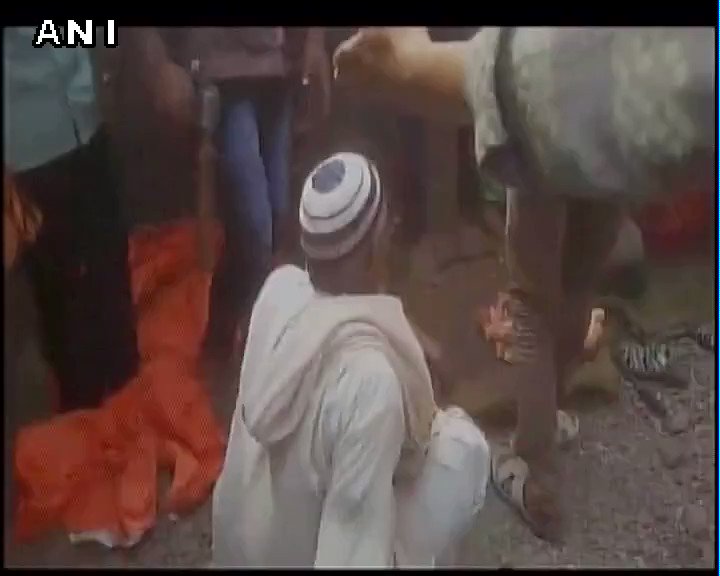 "Music connects people with life," says Sufi Singer Mukhtiyar Ali
#Delhigangrape: Victim fighting to get better, but remains critical
India- #NationalAnthem must be played before screening of films: SC , seriously ?
#India - ‘I can tell from his imagery, Narendra Modi isn’t human’- UR Ananthamurthy