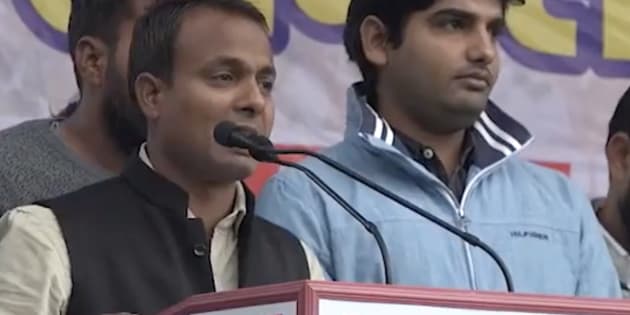 The Uttar Pradesh police detained Dalit activist Dr. Sushil Gautam and five others in Meerut on Thursday, allegedly for holding a protest without permission.

HuffPost India has learnt that they were later let off by the police.

This comes even as protests are being held across the country over the arrests of five human rights activists— Sudha Bharadwaj, Vernon Gonsalves, Arun Ferreira, Varavara Rao and Gautam Navlakha — by the Pune police earlier this week.

Recently, Gautam had mobilised Dalits against the killing of teenager Rohit Kumar. Kumar, who was assaulted for trying to stop a group of upper-caste men from sexually harassing a minor, died from his injuries.

He is the president of the Democratic Students’ Front in Meerut.

Gautam was also part of a mahapanchayat that had warned of agitations over pressure on Kumar’s family to drop the charges against the assaulters.

Filmmaker Nakul Singh Sawhney, who has worked closely with Gautam and described him as a “rising young Dalit leader”, told HuffPost India that he was picked up at a protest for Kumar.

HuffPost India learnt that the activists were detained for protesting at Meerut’s Chaudhary Charan Singh Park, opposite the Commissionerate, without permission.

Listen to Gautam speak at a protest in Meerut: