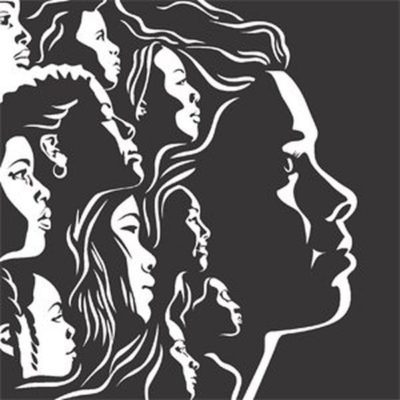 March 8 seems like Valentine’s Day, Mother’s Day and a religious festival rolled into one. But where does that leave most women? asks Anchita Ghatak

The rising of the women means the

rising of the race —

No more the drudge and idler — ten

that toil where one reposes —

But a sharing of life’s glories: Bread

and Roses, Bread and Roses.

In its last session before the year ended in 1911, the Massachusetts state legislature, after tremendous pressure from workers, had finally passed a law limiting the working hours of children under the age of 18 to 54 hours a week. The huge textile corporations had strongly opposed the law and, as an act of retaliation, the employers cut the working hours of all employees to 54 hours, along with a commensurate cut in wages.

After this, on New Year’s Day, 1912, the textile workers of Lawrence, Massachusetts, began a nine-week strike. Some 35,000 workers in the Lawrence factories staged a complete walk out. In the course of the strike, the workers presented the bosses with many demands including a 15 per cent wage increase, double pay for overtime, no discrimination against strikers and an end to discrimination against foreign-born workers. During a parade through Lawrence during the course of the strike, a group of women workers carried banners saying “Bread and Roses”.

This poetic presentation of the demands of women workers for equal pay for equal work echoed throughout the United States of America, and James Oppenheim, a poet with strong working-class sympathies, picked up the phrase and wrote a poem, which was later set to music by Martha Coleman. This song has come to represent the struggles of women for different kinds of rights all across the world.

Struggles of women workers for economic rights in many countries of the West in the 19th and early 20th centuries, along with the struggle for women’s political rights including the very important right to vote, form the backdrop to the decision to identify a day as International Women’s Day. In 1910, a second International Conference of Working Women was held in Copenhagen. Clara Zetkin of the Social Democratic Party in Germany tabled the idea of an International Women’s Day.

The very first International Women’s Day was launched the following year by Clara Zetkin on March 19. This date was chosen because, during the 1848 revolution, the Prussian king recognized for the first time on March 19 the strength of the armed people and gave way before the threat of a proletarian uprising. Among the many promises he made, which he later failed to keep, was the introduction of votes for women.

In 1917, on the last Sunday of February, women textile workers of Petrograd began a strike for “bread and peace” in response to the death of over two million Russian soldiers in war. Opposed by political leaders including the Bolsheviks, who thought the time was not right for a strike, the women workers continued to strike, chanting the slogan, “Down with war, down with Czar, we want bread, NOT war,” until four days later the Czar was forced to abdicate and the provisional government granted women the right to vote. The date on which the women’s strike commenced was Sunday, February 23 on the Julian calendar then in use in Russia. This day on the Gregorian calendar in use elsewhere was March 8. Since 1913, International Women’s Day has been celebrated on March 8.

India has a strong history of women’s political and social action from pre-Independence days. Women’s organizations, whether they were affiliated to political parties or engaged in social work, worked on issues of women’s emancipation, linking them with issues of citizenship, poverty and development. In India, the National Federation of Indian Women began commemorating International Women’s Day from the 1950s. In 1960, they took up several programmes across the country to mark 50 years of IWD.

The United Nations marked 1975 as International Women’s Year and later in the year declared the International Women’s Decade. This year also saw the first World Conference on Women organized by the UN in Mexico. All this gave an impetus to work on women’s rights and development across the world and imbued IWD with new meaning and significance.

Influenced by developments in women’s organizing of themselves both in the country and internationally, work with women in India also took on new forms. The influence of the Towards Equality report (1974), of the Committee on the Status of Women in India in shaping this change can never be overstated. The 1980s saw strong mobilization by ‘autonomous’ women’s groups, not affiliated to political parties, on issues of rape and dowry.

Since the 1980s, there are many groups, both government and non-government, working with women at the grassroots to realize women’s rights. One of the major contributions of the Towards Equality report was the churning it caused within academia, which finally led to the establishment of several centres of Women’s Studies in universities across the country. Consequently, we also have theoretical work on women and their lives, struggles and triumphs.

Even a very brief recounting of IWD in India vis-à-vis women’s struggles makes the nationalist and socialist links fairly evident. But many politically-aware women and men in this country are now dismayed to find that the IWD appears to have been appropriated by market forces and is often synonymous with discounts in clothes shops, jewellery stores, restaurants and gift shops. Businesses have become adept at exploiting the commercial potential of IWD and March 8 seems like Valentine’s Day, Mother’s Day and a religious festival all rolled into one. On this day, men may choose to buy gifts for their wives and girlfriends and take their mothers out to dinner, a group of women may decide to have a girls’ night out, or an individual woman may decide to pamper herself by splurging on books, music, clothes or perfume. These celebrations, we can easily see, fit in with the lives of the affluent classes. However, where does that leave the vast majority of women in India?

Women’s movements in contemporary India have many successes, both big and small, but the overall picture of women’s lives remains bleak. A very recent UN report (2007) estimates that 2,000 unborn girls are illegally aborted every day in India. This has led to skewed sex ratios in regions like Punjab, Haryana, Gujarat and Himachal Pradesh as well as the capital, New Delhi, where a census in 2001 showed there are less than 800 girls for every 1,000 boys. Currently, about 50 million women are missing in India. In the late 1980s, Amartya Sen coined the term “missing women” to describe the large number of women in the world who are literally not alive due to family neglect and discrimination. Female literacy is 54.16 per cent as opposed to the male literacy rate, which, according to the 2001 census, is 75.85 per cent.The participation of women in the formal labour force is much lower than that of males (33 per cent versus 67 per cent).

Women’s groups have worked to ensure that women and girls are able to access opportunities and services in this country. They have gathered data from the field, fought for redress of wrongs and even pressed for legal reform. From the mid 1980s, women’s groups, along with health and civil rights activists, started discussing the issue of abuse of medical technologies for aborting female foetuses. As a consequence, the Pre-Natal Diagnostic Techniques (Regulation and Prevention of Misuse) Act was enacted in 1994, and amendments were brought in later to plug certain loopholes resulting in the Pre-conception and Pre-natal Diagnostic Technique (prohibition of Sex Selection) Act, 2003.

Women’s movements have interrogated the way patriarchies are manifested in different institutions and social processes. Patriarchal values and practices within families, marriage, religion, educational institutions, workplaces and the State, have been identified and questioned. The Vishakha Guidelines (1997) against sexual harassment in the workplace and the Protection of Women from Domestic Violence Act (2005) are a consequence of women’s dogged mobilizing against injustice.

As modes of production change in a rapidly changing, technology-driven world, women’s movements are grappling with the reality that women are finding it increasingly difficult to get secure employment within the organized sector. The burgeoning of special economic zones is also putting hard-won workers’ rights under threat.

It would be a mistake to conclude that women’s groups in India are able to easily arrive at a consensus on issues and mobilize effectively. There are some issues that divide activists sharply. The issue of sex work is one such issue. Many women, including large numbers of sex workers themselves, say that sex work is work and are demanding recognition from the State as workers. Another section, including some women in prostitution, believe that prostitution is intrinsically violent and degrading for women and should never be accorded the dignity of work.

Despite a strong grassroots base, many marginalized communities have said that their issues have not been adequately recognized or addressed by women’s movements. This has led to an assertion of ethnic or community identities and the rise of movements of Naga women, Bodo women, Muslim women, Dalit women and tribal women to name a few. There has been sustained questioning of the dominant position that educated, upper-caste and upper-class women appear to occupy within women’s movements.

A major challenge facing women’s movements in our country today is probably confronting its own essentialist heteronormativity. Heteronormativity is a term used to refer to the institutionalization of heterosexuality in a society and stems from the essentialist belief that there are only two sexes, namely, male and female, and that a certain set of behaviours and expectations follow from one’s sex. Queer theory denies the binary of homosexual-heterosexual, positing that gender and sexuality are always shifting on a spectrum where people may position themselves in different places at different times.

The question now has moved far beyond extending solidarity to lesbian women’s causes or gay men’s marches. If gender/sex and sexualities are no longer fixed, there are far-reaching questions of theory and practice for women’s movements. Women’s movements are becoming aware of the fact that much of their strategies and programming have taken the married heterosexual able-bodied woman as the norm.

Scholars and activists now agree that we have to speak of women’s movements to acknowledge the variety of issues that have been raised in this country. Also, it has to be accepted that all activists will not have the same viewpoint on every issue. Yet, the oppression of women in a patriarchal, class- and caste- ridden society remains. Struggles for equality will result in gains only if people can forge meaningful bonds of solidarity despite differences.

A significant day like the International Women’s Day cannot become a hostage to market forces that smooth over the struggles and realities of women. It is a day for celebrating the successes of women’s movements, pondering on failures, discussing differences and moving ahead so that the fight against inequality and injustice goes on with vigour. And dreams may live, and songs be sung and there is laughter and roses, but also bread.