EIA 2020: “If Students and Civil Groups Can Translate, So Can The Environment Ministry” 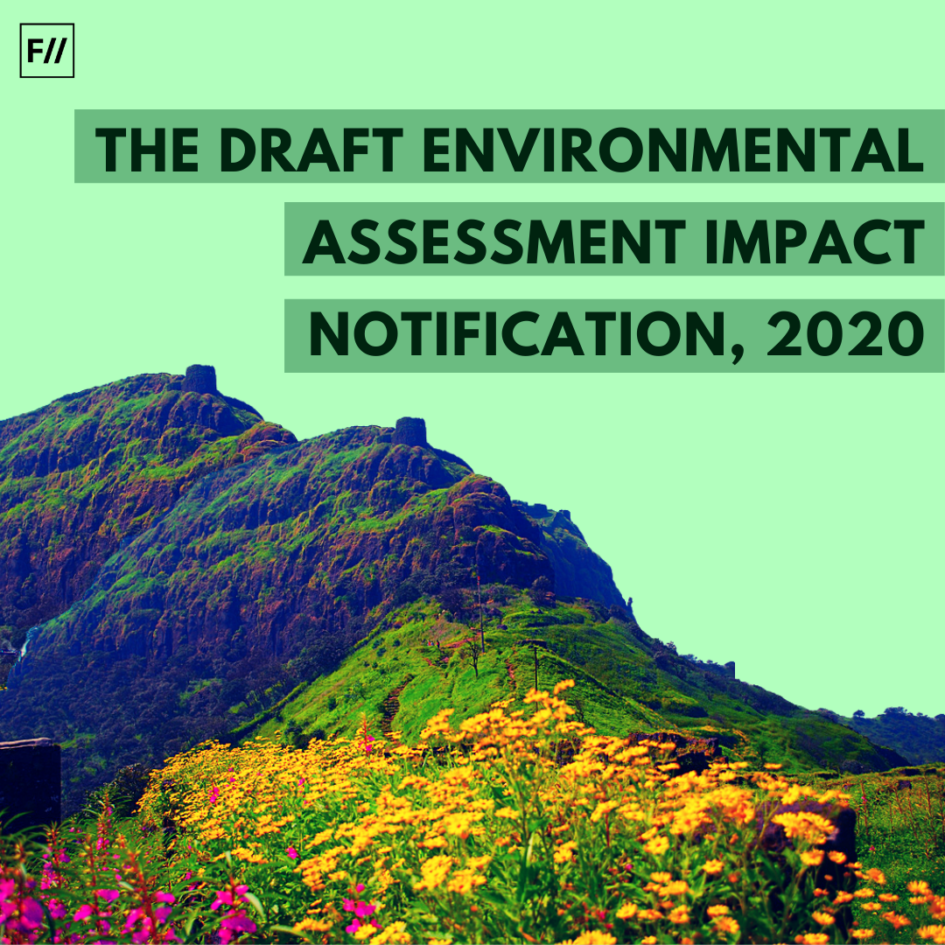 The Ministry of Environment, Forests and Climate Change (MoEFCC) has filed a review petition in the Delhi High Court against the Court’s order to publish the draft Environment Impact Assessment (EIA) notification in regional Indian languages. Citing “translation and interpretation issues”, the ministry stated it was not required by law to publish its notifications in any language apart from Hindi and English.

As the news emerged, citizens took to social media to highlight how translation plays a significant role in facilitating greater public participation, while also calling out the ministry for offering “excuses” in order to avoid translating the draft. Over the past few months, several student and civil groups have also taken the initiative to translate key points of the EIA 2020 themselves, working towards bridging the language barriers that disenfranchise people belonging to different linguistic groups from participating in the decision-making process.

The ministry’s review petition was filed in response to a plea by environmentalist Vikrant Tongad seeking an extension of the deadline for public comments by a period of 60 days from the date on which translated versions of the notification are uploaded to websites of State Pollution Control Boards (SPCBs).

Tongad’s plea sought a modification of the High Court’s June 30 ruling, wherein the court had extended the time for raising objections to the draft till August 11, while simultaneously directing the ministry to publish the notification in at least the 22 languages mentioned in the Eighth Schedule of the Constitution within 10 days. By the time the deadline for public comments approached, the ministry had reportedly received 19.8 lakh responses.

According to reports, Additional Solicitor General Chetan Sharma, appearing for the ministry, alleged that the court had been “misled” by the petitioner Tongad into passing the June 30 judgement. On September 5, after hearing the petition, the High Court issued a notice to Tongad to respond to the plea. The matter is slated to be heard next on September 23.

In its review plea, the ministry stated, “…issuance of notifications in multiple languages would in any case result in translation and interpretation issues resulting in the meaning of the words being obfuscated and often even lost.”

However, Kanchi Kohli, Senior Researcher at the Centre for Policy Research stated that this particular justification by the ministry “makes an important case to ask for detailed deliberations on the draft based on the translations”.

“It supports the requirement for more public discussion on the draft EIA notification than less. The government has 725 days to finalise a draft notification into a final one to avoid it lapsing. Should this time not be used to use the feedback to strengthen the EIA process for a more economically and ecologically secure future?” she asked.

The ministry’s petition further added that the judgement to translate the draft notification into various languages “is contrary to the express provisions of Article 343 of the Constitution and does not have any basis in law.”

According to the ministry, this judgement also does not consider the provisions under the Official Languages Act, 1963 or the Environment (Protection) Rules, which do not require draft notifications to be published in any language apart from English and Hindi.

Earlier in August, the Supreme Court, while dismissing an appeal filed by the Environment Ministry against the Delhi High Court judgement of June 30, had suggested that the Centre consider amending the Official Languages Act, allowing for wider publication in regional languages.

“Your government should consider amendment of the Official Languages Act. These days, translation is the easiest thing on Earth. We translate judgments, Parliament has instant translation software. It is time for you to update your Act,” the three-judge bench, headed by Chief Justice of India S.A. Bobde told Solicitor General Tushar Mehta, as reported by The Print.

CJI Bobde was also quoted as saying, “Impugned order is in the correct spirit since, in many rural areas, people may not be conversant with Hindi and English.”

According to the 2011 population census, that defines India as a “pluri-lingual and pluri-ethnic land”, 43.63% of the population speaks Hindi as their mother tongue, while only 0.02% listed English as their first language.

The Supreme Court also stayed contempt proceedings against the Centre, initiated for failing to comply with the June 30 order to publish the draft notification in regional languages.

The recent petition filed by the Environment Ministry also claimed that the task of translating the notification was fraught with “inherent procedural and administrative difficulties” which would cause a “massive hurdle” in the Centre discharging its normal legislative and administrative functions.

“The question is of intent,” Kohli told The Citizen. “When the government is determined to achieve a certain objective, affirmative action has been taken. Economic reforms like demonetization or GST are only a few examples. Translating an environment regulation and ensuring participatory decision making on its content is not about hurdles but about upholding democratic decision making,” she said.

The Ministry argued in its plea that carrying out translations of the notification would “create a “precedent and lead to future demands of translation of all statutory regulations in different languages.”

Kohli stated that if the judgement were likely to set a precedence, it would be a progressive one. “For a diverse multilingual country such a process is the least amount of rigour and feedback a legal or policy process should be put through. Laws are not just administrative tools or textbooks, they have long standing impacts on citizens, in particular the most marginalised and vulnerable communities,” she said.

The draft EIA notification 2020 has sparked widespread controversy. Through online protests and letters to the Ministry, conservation scientists, activists and citizens alike have requested greater deliberation over the draft provisions, more time for the public to respond and submit their objections, with many also arguing that the draft is “violator-friendly” and should be scrapped altogether.

While the Centre has argued that it is not legally required to translate the draft, environmentally-conscious citizens of the country have stepped forward to translate key points of the EIA 2020, breakdown the draft’s provisions and spread the word through videos, conversations and writings in various regional languages.

One such youth-led initiative is the Yugma Network, which began informally in June with a national student movement against the EIA 2020. The network mobilised over 100 student unions across the country, sent several emails to the MoEFCC and has also worked extensively to make the draft notification more accessible by raising awareness of environmental issues in vernacular languages.

The move to simplify the draft and increase visibility among regional audiences began when the people behind the Yugma Network faced difficulties in understanding the “indigestible draft” themselves, even in a language they are fluent in. “This prompted us to think about how inaccessible this document was in general. There was almost no news coverage of the EIA 2020 in regional newspapers because there were no translations of the Draft, and more importantly, no local language awareness,” the organisation told The Citizen.

Aiming to “help people to make informed decisions about the new notification”, the network reached out to students across the country. Through volunteer support, the organisation began translating deconstructed versions of the notification, campaign materials, posters that highlighted how this new draft would affect regional issues, all with an emphasis on “why this current system of development will not sustain us in the long run.”

“If the MoEFCC truly wanted to uphold the democratic values of our nation in regards to actually listening to what the people of our nation had to say about their draft EIA 2020, they would make it a priority to make the document accessible to the people, and in a country like ours, this would mean the translation of the said document into at least our constitutionally recognized 22 languages. The ministry is already doing an extremely poor job of holding public consultations; the least that can be done is to translate the document,” Yugma Network told The Citizen.

This initiative is not alone in addressing the fault lines that limit public participation. According to the network, various countrywide environmental groups, like Chennai Climate Action Group, college students and hundreds of YouTubers and citizens speaking a variety of languages have made a conscious effort to ensure details of the draft are more accessible to the people of India.

“It is rather shocking that the ministry does not have the resources to do these translations. If college students and civil groups can do it, the ministry should be able to,” Yugma Network stated, further adding: “How can a public consultation process regarding an 83-page document be democratically held by the linguistically diverse Indian population if it is not made available in their language?”