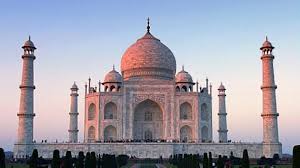 The top court came down heavily on the Centre, the UP govt and various authorities 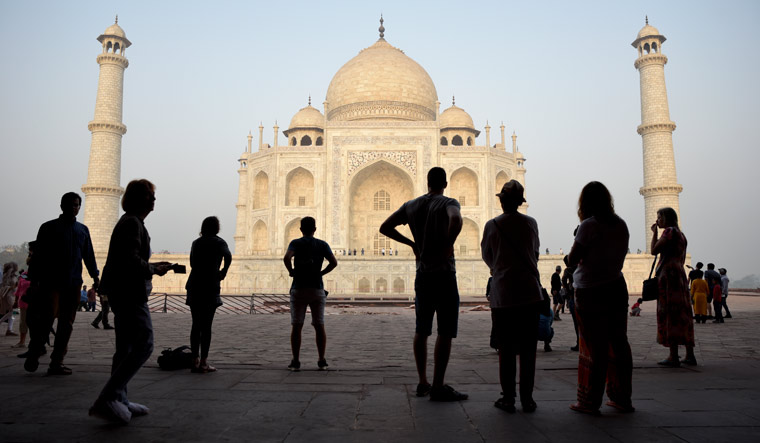 Restore the pristine beauty of the historic Taj Mahal or “you can demolish it if you like.”

An angry Supreme Court made these observations on Wednesday as it came down heavily on the Centre, the Uttar Pradesh government and various authorities for their “lethargy” and “apathy” in taking steps to protect the iconic monument, dubbing the issue of its preservation as a “hopeless cause”.

“You (government) can shut down the Taj. You can demolish it if you like and you can also do away with it if you have already decided,” an anguished bench of Justices Madan B Lokur and Deepak Gupta said.

“Uttar Pradesh (government) is not bothered. No action plan or vision document has come yet. Either you demolish it (Taj) or you restore it,” the bench said.

The apex court has been monitoring development in the area to protect the Taj Mahal, built by Mughal emperor Shah Jahan in the memory of his wife Mumtaz Mahal at Agra. Its construction was completed in 1643 but work continued on other phases of the project for another 10 years. The ivory white marble mausoleum is a UNESCO World Heritage Site.

During the hearing, the bench also drew a parallel between the Taj Mahal and the Eiffel Tower of Paris and said the mausoleum was perhaps more beautiful, but India continued to lose tourists and foreign exchange due to the situation prevailing there.

“There is the Eiffel Tower in Paris. Perhaps it is nothing compared to Taj Mahal. 80 million people come there (Paris). This is eight times more than what we have. You can destroy the Taj, we don’t want to do it,” the court said.

Referring to the Eiffel Tower, the bench said that in India, there were concerns about security, but in other countries, they have made towers like “TV towers” from where tourists can get a view of the entire city.

“We are obsessed with security. At every place (in foreign cities), you have towers to have a bird’s eye view of the city. But in India, you have security problems. There are no such towers to look at the city,” the bench said.

On being asked by the court about the number of tourists visiting India last year, Additional Solicitor General A N S Nadkarni, appearing for the Centre, said the figure was about 10 million in 2017.

“There is sheer lethargy and apathy. People (abroad) are making money, but no one is bothered (here),” the court said.

When Nadkarni said that Union Tourism Ministry could give more details about the tourists visiting India, the bench observed, “Do you realise the loss to the country due to this sheer lethargy? Foreign exchange, infrastructure, everything is lost due to this. There is a loss to tourism. One monument can do it, but there is apathy”.

The top court also observed that despite there being a report of the Parliamentary Standing Committee, which dealt with the effects of pollution on Taj, the authorities have not bothered to take appropriate steps in this regard.

It said that the committee had stated in its report that Taj Mahal is a national pride and heritage and multi-pronged approach was required to preserve and restore it.

During the hearing, the bench was also informed that soon, online booking system would start at Taj Mahal where the tourist would be able to book high-end tickets.

One of the advocates also told the bench that soon there would be time restriction and time slot for the tourists visiting Taj.

Nadkarni told the court that the Indian Institute of Technology, Kanpur was conducting an assessment of air pollution level in and around the mausoleum and Taj Trapezium Zone (TTZ) and they would give their report within four months.

TTZ is an area of about 10,400 sq kms spread over the districts of Agra, Firozabad, Mathura, Hathras and Etah in Uttar Pradesh and Bharatpur district of Rajasthan.

Nadkarni also said that a decision in this regard was taken in December last year and IIT Kanpur has started the assessment work.

“Why will it be done during the monsoons when the pollution level is already down,” the bench asked and termed the government’s affidavit in the matter was “vague”.

The bench also took exception to the question why only four ambient air quality monitoring stations were set up at Agra against 22 required.

It directed the Centre to file an affidavit in two weeks giving all details of what has already been done for protection of Taj and what the government intended to do further.

The court said the affidavit filed by the Centre giving some details of steps taken was “absolutely of no consequence” and it should specify every step in detail, along with a time- frame and responsibility and accountability of the concerned departments.

It said that steps taken by the authorities appear to have a “negative effect” on Taj.

The bench also said that since the matter was lingering on for a long time and no concrete steps have been taken to restore the glory of Taj, it would take up the matter on a day-to-day basis from July 31.