Among those summoned are Nihalsing Rathod, the defence lawyer for some of the accused in the case, and Viplav Teltumbde.

Mumbai: After questioning several academics and activists, the National Investigation Agency (NIA) has now issued summons to three lawyers in the Elgar Parishad case. Among the three lawyers summoned to appear before the agency’s Mumbai office on August 28 are Nihalsing Rathod, Viplav Teltumbde and a Nagpur-based lawyer who doesn’t want his identity to be revealed.

Rathod, a 33-year old Nagpur-based lawyer who is engaged as a defence lawyer for several accused arrested in the case, says he received a call from the NIA followed by a notice sent through an email. Until 2018, Rathod had worked as a junior lawyer to Surendra Gadling, an expert in anti-terror laws and a prominent lawyer in Nagpur. After Gadling was arrested on June 6, 2018, in the Elgar Parishad case, Rathod represented him and other arrested accused.

Defence lawyers, by virtue of their relationship with their clients, are privy to information and strategies that are crucial for the case. In this situation, summoning Rathod for questioning not only makes him vulnerable but also his clients, he says. Rathod told The Wire that he has sought time to appear before the NIA since one of his relatives is seriously ill and he needs to be available in his hometown in case of an emergency. He has been asked to appear before the NIA’s office in Mumbai at 11 am on Friday.

This is not the first time that investigating agencies have trained their focus on Rathod. His name first emerged in a letter that the case’s previous investigating agency, Pune police, had claimed to have found from another accused in the case Sudha Bharadwaj, also an advocate. The letter, according to the state police was written by “comrade Sudha” to “comrade Prakash” elaborating the readiness of several lawyers to take “responsibility and risk” and fight cases of those implicated in cases of Naxalism. In the letter, Bharadwaj purportedly wrote that the lawyers, including Rathod, were ready to act as “couriers”, gathering information from “comrades attending court cases”.

The letter also mentions Viplav Teltumbde, who has also been summoned for questioning.

Defence lawyers in the case, however, had denied the police’s allegations and had in fact identified inconsistencies in the letter. Several words in those letters, allegedly found from Bharadwaj and another accused and prisoners’ rights activist Rona Wilson, were in Marathi. Neither Bharadwaj nor Wilson speak or write Marathi.

In the past year, it was revealed that Rathod was one of more than 100 journalists and human rights activists in India who were targeted for surveillance by operators using Israeli firm NSO’s spyware Pegasus. Rathod’s email account was also attacked by a malware and a detailed joint investigation conducted by Amnesty International’s digital team based in Berlin and The Citizen Lab, a research organisation which works out of the University of Toronto, found that the email was part of a larger surveillance conspiracy “specially crafted to bait journalists or activists”.

Why is advocate Viplav Teltumbde summoned?

Viplav says the only reason why he is frequently a target of the investigative agencies is his family name. “Earlier, it would be because of my uncle Milind Teltumbde and now, in this case, it is because of another uncle, Anand Teltumbde,” he says. Milind Teltumbde is believed to be a top-rung leader of the banned CPI (Maoist) organisation and has allegedly been involved in several underground movements since 1996. Anand Teltumbde is a senior academic and civil rights activist who was recently arrested in connection with the Elgar Parishad case.

“The last time I was in touch with Milind kaaka was in 1996. That’s the year he left everything behind and went away from the family. Since then, I haven’t been in touch with him,” Viplav says. He continues to live in his family house in Wani. Milind and Anand Teltumbde’s mother also lives with him. 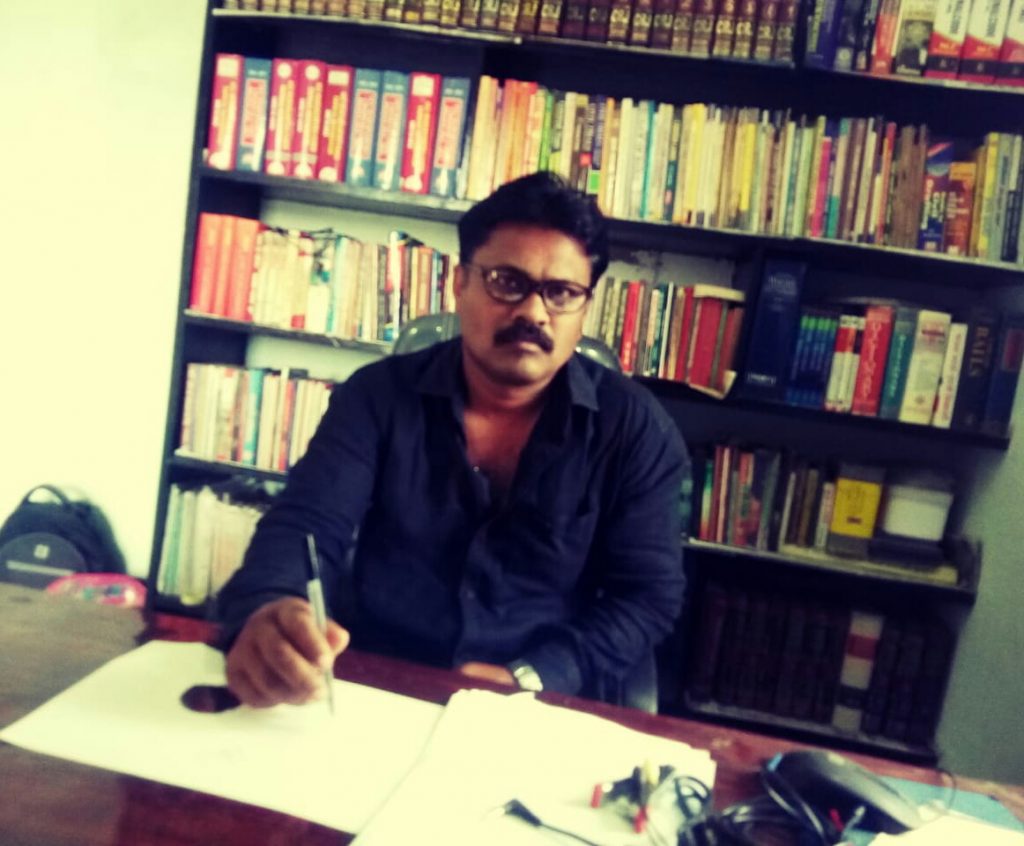 Viplav, a practising lawyer since 2006, was arrested in 2004 while he was a final-year law student in Yavatmal district of northeastern Maharashtra. Viplav was accused of involvement in the “Naxal movement” and booked in five separate cases—one in Wani, Yavatmal district, another in Chandrapur and two cases in Bhandara district. It took him three years to get his name cleared in all the cases.

“Those were sedition charges levelled against me and several other students in the region. I was arrested and kept in Nagpur central prisons for three months while I was still a student,” he recalls. His cases were handled by advocate Gadling.

While no new cases were registered against him since 2007, Viplav claims harassment by the state police has not stopped. “In the past two years, particularly after the Elgar Parishad investigation began, the police have targeted my clients and forced them to give information about me. Some of them were also tortured,” he alleges.

Viplav had defended civil rights activist and lawyer Arun Ferreira in 2011. Ferreira, a member of the Deshbhakti Yuva Manch (Forum for Patriotic Youth), was accused of being involved in Naxal activities and arrested in 2006. He was, later, acquitted of all charges. Viplav says he was in the team of defence lawyers who had taken up Ferreira’s case. After being acquitted of all charges, Ferreira went on to study law and was practising in Mumbai when he was once again arrested in 2018 in the Elgar Parishad case.

The recent summons sent by NIA is puzzling, Viplav says, as he has not been involved either in the Elgar Parishad event or in the defence team following the arrests of activists and lawyers. “I hadn’t even visited Bhima Koregaon until recently. In 2019, out of curiosity, I decided to visit Bhima Koregaon to just find out what is this place all about,” he says.

The first round of arrests in the Elgar Parishad case had begun in June 2018, with the arrests of Sudhir Dhawale, a writer and Mumbai-based Dalit rights activist, Surendra Gadling, a UAPA expert and lawyer from Nagpur, Mahesh Raut, a young activist on displacement issues from Gadchiroli, Shoma Sen, a university professor and head of the English literature department at Nagpur University, Rona Wilson, a Delhi-based prisoners’ rights activist.

In the second round of arrests in August 2018, advocate Arun Ferreira, advocate Sudha Bharadwaj, writer Varavara Rao and Vernon Gonsalves were taken into custody.

In November that year, the Pune police filed its first chargesheet in the case, which ran over 5,000 pages. The police had claimed that those arrested had “active links” with the banned Communist Party of India (Maoist) and had helped organise the ‘Elgar Parishad’ of December 31, 2017, under the banner of the ‘Bhima Koregaon Shaurya Din Prerana Abhiyan’ in Pune.

The police’s case is that this cultural gathering in Pune’s Shaniwarwada area, known to be a predominantly Brahmin hub, had incited Dalit youth across Maharashtra against the Bharatiya Janata Party and ‘Brahmin-oriented Rashtriya Swayamsevak Sangh’, leading to violent retaliation across the state. The speeches given at the Elgar Parishad were allegedly inflammatory, and carried the intention of “harming the democratic fabric of the country”.

A supplementary chargesheet was filed later in February 2019 and the state police had claimed that fugitive Maoist leader Ganapathy is the mastermind of the Elgar Parishad.

TV Channel Crosses Journalistic Limits: Poet, And Mushaira Attacked Repeatedly in Vile Language
Ahead of Trump's visit- Driven up the ‘wall of shame’, Kerala activist to take on BJP govt
Rajasthan -Double the budget for health care, do away with privatization of public health facilities...
Condemn the impending arrest of Prof. Anand Teltumbde and dropping of trumped up charges against him