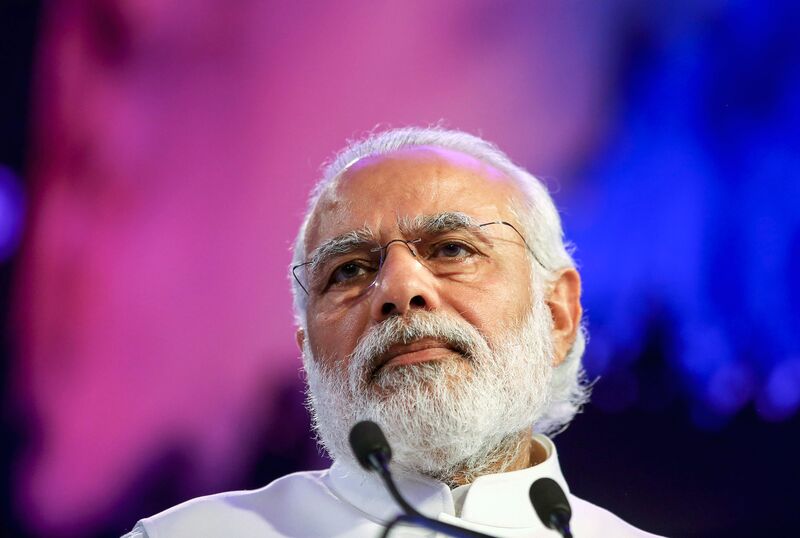 In a small Himalayan village near a wildlife sanctuary in India’s north, 200 families have banded together to decide whether a hydroelectric power plant slated for their land can go ahead. To the chagrin of Prime Minister Narendra Modi and his government, their answer will be a resounding “no”.
Surrounded by chilgoza, or pine nut trees, Lippa in Himachal Pradesh is only the second known case in India where a court has allowed a community to determine the outcome of a commercial project.
While this is a victory for villagers using the 2006 Forest Rights Act — which says no forest land can be taken for a developmental project without the consent of those affected — experts say it will also lead to the derailment of other major projects as communities push back against land grabs.
Hands tied
The empowerment of villages by the National Green Tribunal is causing further challenge for Modi, who was forced by farmers’ protests to step back from a push last year to allow companies to acquire land in non-forest areas.
While Modi is promoting the ease of doing business in India, he is restrained from overhauling the Forest Rights Act to free up more land for companies. In the meantime, the opposition has blamed him for leading a government that favors the business elite over the poor.
“There is bound to be more conflict because the government is not resolving the problems and the industry is not keen to look into the genuine demands and needs of people,” said Ritwick Dutta, an environmental lawyer and managing trustee of Legal Initiative for Forest and Environment, who fought on behalf of Lippa villagers in National Green Tribunal. “They are bypassing the law.”

There are no official figures available on number of industries affected — projects including mining, coal and pipelines have either been scrapped or trapped in disputes as tribals refused to give consent or protest when local governments strip their rights. The Tribal Affairs Ministry told the Indian Parliament in July that of the 2,306 projects received over the last three years, 432 were pending environmental clearance. It is unclear how many are being held back by the act, however the tribunal has commented on the “magnitude and scale at which hydro projects are being set up in the state of Himachal Pradesh”.
A group of neighboring villages in Odisha were the first to beat the system when the Supreme Court in 2013 awarded power to locals to decide on a proposal to mine bauxite in Niyamgiri hill. They refused to give the land over to the project, forcing Vedanta Resources Plc. to abandon its plan to source minerals for it alumina refinery plant from the area.
Investments On Hold
“A negative impact is visible on the land acquisition process, and fresh private investments are on hold,” said D.S. Rawat, secretary general of the Associated Chambers of Commerce and Industry of India. “As central and state governments are working hard to attract investments to cater to the development needs, such a regulatory environment is not helping, rather handicapping them.”
The consent clause of the act is a “hurdle in the way of development, as aspirations of one gram sabha or individual may not match the aspirations of the other,” Rawat said, referring to the Hindi term for village council. “Moreover, with this act, obstructionist mentality is being encouraged.”
Forest dwellers account for one-fifth of the country’s population and they say their livelihoods are continually threatened by such projects.
“These conflicts occur when bureaucrats and corporates gang up in the name of so-called development and break the law to grab natural resources, causing enormous harm to millions of people,” said Shankar Gopalakrishnan, secretary of Campaign for Survival and Dignity, an alliance of tribals and forest dwellers’ organizations.
While thousands of projects have been executed in violation of the act, it is only the cases in which locals are organized and strong enough to fight in the courts that receive any attention, said Gopalakrishnan. “The way forward to these conflicts is for corporates to respect the law and stop pressuring the government to break the law.”
Following a initial attempt by the Modi government to dilute the law, it now says it is committed for empowerment of tribals. “We consider the issue of developmental projects and peoples’ rights on case by case and place-to-place basis,” Tribal Affairs Minister Jual Oram said, adding the government has no plan to water down the act.
In Lippa, residents are determined that whenever government officials come to their village to get consent for the hydro-electricity plant, they will reject it. A state-run enterprise is seeking to divert 17.68 hectares of forest land for construction of a 130 megawatt hydroelectric project near the tiny village.
“They should forget about the project,” said Devi Gian Negi, a villager in Lippa. “Our livelihood is more important.”

Press Release - Music has No Borders - Cultural Personalities Condemn Communal Forces Preventing Ghu...
Abdullah Ocalan: A Living Argument Against The #DeathPenalty
#India - 'What we are seeing is the Modi-isation of Congress’
Dreams from Japan, in the bylanes of Okhla