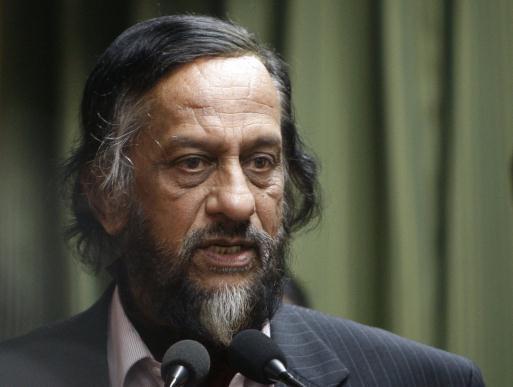 An FIR was registered against Pachauri by a colleague in 2015, and more women levelled allegations of sexual misconduct against him in the months that followed.

RK Pachauri to be Charged for Sexual Harassment, Former TERI Colleague Says Big Leap Towards Truth
New Delhi: A Delhi court has ordered the framing of charges in the alleged sexual harassment case against RK Pachauri, former Director General of The Energy and Resources Institute (TERI), by a former colleague.

The court, however, discharged him of certain other sections and said that it will formally frame the charges on October 20.

Reacting to the court’s order, Pachauri said, “I don’t want to comment on the matter. I am out of the country.”

The complainant expressed satisfaction over the development.

“I am relieved. It is a big leap towards the truth. This has not been easy at all. It’s been a long wait,” said the complainant.

The next hearing in the matter will take place on October 20.

Another court had in February dismissed a suit by Pachauri urging it to stop media from reporting anything other than court proceeding. He had filed the suit following telecast of a news report by a private channel where a woman and a lawyer had made certain comments about him.

Over 1,400-page charge sheet was filed by the Delhi Police on March 1, 2016, saying there was “sufficient evidence” against Pachauri that he had sexually harassed, stalked and threatened the complainant.

A supplementary charge sheet was filed in March 2017 after the police said it had retrieved several deleted emails and chats exchanged between the accused and the complainant.

The final report had said the deleted WhatsApp chats, text messages, retrieved from the cell phones, computer hard disks and other devices, were “not fabricated”.

Pachauri has denied all allegations against him.

An FIR was registered against Pachauri by a colleague in 2015, and more women levelled allegations of sexual misconduct against him in the months that followed.

Dalit Artistes join hands with Alphabet Workers Union to highlight caste discrimination
‘I would have lodged an FIR against Narendra Modi on charges of genocide and manslaughter’ #JusticeK...
Release Dasru Kadraka - Dongrias gherao police station over leader’s arrest
Kandhamal After 6 Years: Waiting For Justice And Peace!