‘Every Damn Time,’ Tweets #ShahRukhKhan , Detained At US Airport 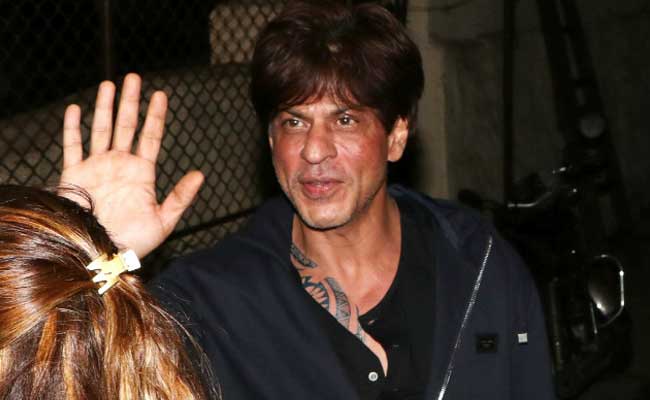 Movie star Shah Rukh Khan, detained at an airport in the US for questioning again, tweeted on Thursday: “Every damn time!”

The 50-year-old actor was detained at the Los Angeles airport this time. A man with the same name is on a US no-fly list of 80,000 people.

I fully understand & respect security with the way the world is, but to be detained at US immigration every damn time really really sucks.

The brighter side is while waiting caught some really nice Pokemons.

US Assistant Secretary of State Nisha Biswal tweeted an apology.

I fully understand & respect security with the way the world is, but to be detained at US immigration every damn time really really sucks.

Sorry for the hassle at the airport, @iamsrk – even American diplomats get pulled for extra screening!

Mr Khan, one of the most successful stars in the Hindi film industry, has been held back at US airports thrice in seven years.

American officials tell NDTV that during immigration checks, what pops up is a name without any other detail to help draw a distinction.

In April 2012, Mr Khan was held back for over two hours at the airport in New York on a visit to address students at Yale University.

He had joked later at Yale: “Whenever I start feeling too arrogant about myself I take a trip to America.”

Mr Khan was a part of a group that included Nita Ambani, wife of industrialist Mukesh Ambani, whose daughter was a student at the university. While Mrs Ambani and the others were cleared immediately, the actor was stopped and allowed to leave only after two hours.

After arriving two hours late at Yale, he said in his address: “We were detained at the airport as always. For one and a half hours. It was nice. It always happens when I come to America.”

As New Delhi reacted strongly and asked the Indian Ambassador to take up the incident, the US Customs and Border Protection wrote to India’s New York Mission expressing “profound apologies”.

Earlier this year, the actor had said in an interview that he hoped this would stop, since his namesake had been removed from the no-fly list.

In 2009 too, the actor was stopped at the Newark airport because his name came up on a computer alert list.http://www.ndtv.com/india-news/shah-rukh-khan-detained-at-us-airport-1443279?pfrom=home-lateststories

#India - Peace activist arrested after midnight in Ayodhya #WTFnews
WHO Declares Covid Mutation Found in India a ‘Variant of Concern’ for Global Health
After 42-yr Wait for Govt Job, Man Moves Court for Pension
India has the most toxic air: Study