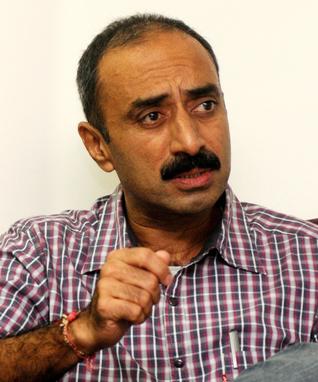 AHMEDABAD: Former IPS officer Sanjiv Bhatt was arrested Wednesday by the Gujarat CID in connection with a 22-year-old case of alleged planting of drugs to arrest a man, police said.

Bhatt and seven others, including some former policemen attached with the Banaskantha Police, were initially detained for questioning in the case.

Shortly after being questioned, Bhatt was arrested by the Crime Investigation Department while others are still kept under detention, Director General of Police, CID, Ashish Bhatia said.

Bhatt was the Banaskantha district superintendent of police in 1996. He was dismissed from the service in 2015.

As per the case details, the Banaskantha Police under Bhatt had arrested one Sumersingh Rajpurohit, an advocate, in 1996 on charges of possessing around one kg of drugs.

At that time, the Banaskantha Police had claimed that drugs were found in a hotel room occupied by Rajpurohit in the district’s Palanpur town.

However, a probe by the Rajasthan Police had revealed that Rajpurohit was allegedly falsely implicated by the Banaskantha Police to compel him to transfer a disputed property at Pali in Rajasthan.

It had also found that Rajpurohit was allegedly abducted by the Banaskantha Police from his residence at Pali in Rajasthan.

Following the Rajasthan Police’s investigation, former police inspector of Banaskantha, I B Vyas, had moved the Gujarat High Court in 1999 demanding a thorough inquiry into the matter.

In June this year, the high court had handed over the probe in the case to the CID while hearing the petition.

The high court had asked the CID to complete the probe in three months.

Bhatt was in August 2015 sacked by the union home ministry on grounds of “unauthorised absence” from service.He has been a vocal critic of the ruling BJP and Prime Minister Narendra Modi on social media platforms.

Bhatt had last week met Patidar leader Hardik Patel, who is on an indefinite fast since August 25 at his residence demanding reservation for his community and farm loan waiver.

Recently, the BJP-ruled Ahmedabad Municipal Corporation razed illegal construction at Bhatt’s residence here after the Supreme Court dismissed his plea seeking a stay on the demolition.

Bhatt had several run-ins with the BJP government in the past over the issue of the 2002 post Godhra riots.