Exiled scientist: ‘Chernobyl is not finished, it has only just begun’ 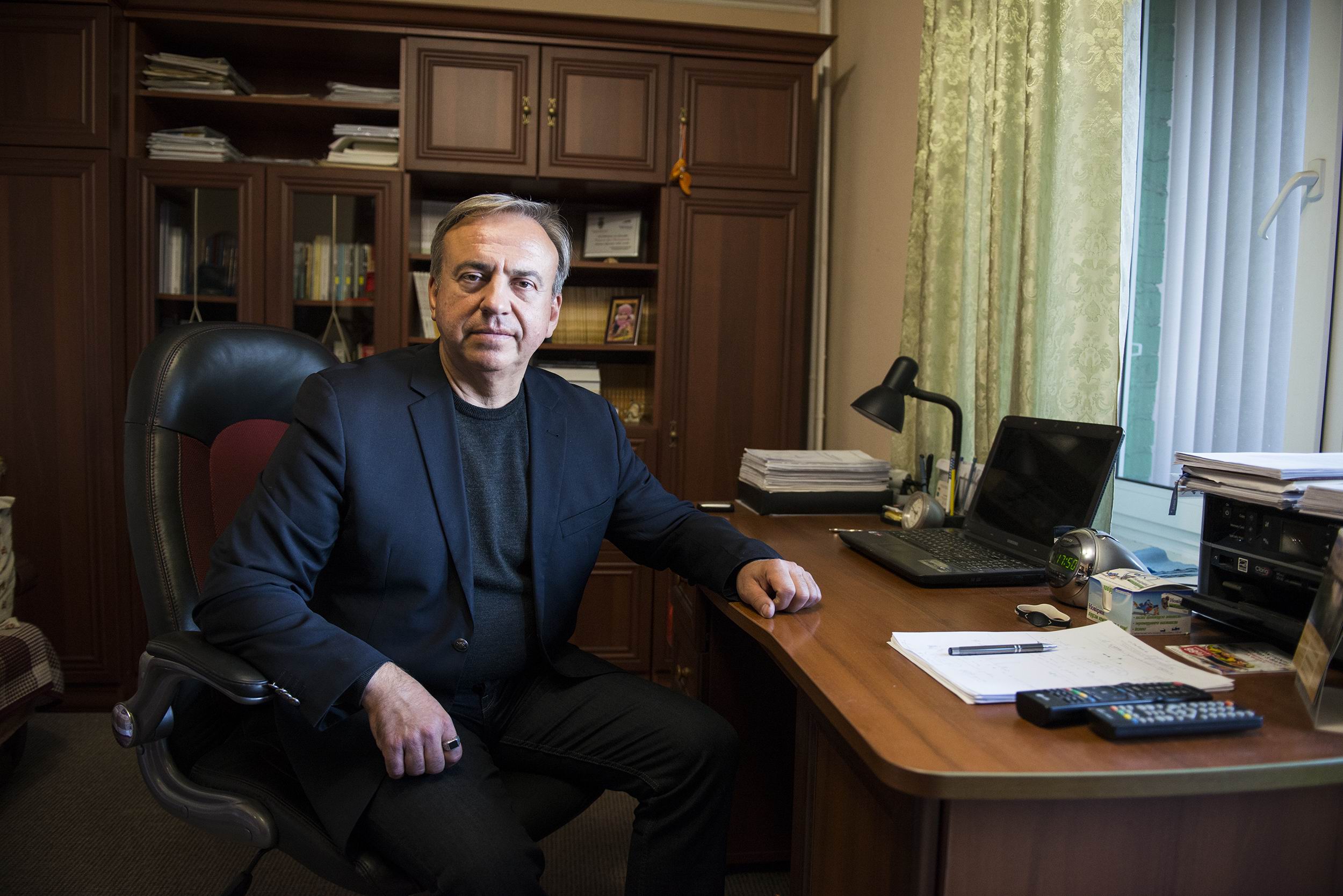 Yury Bandazhevsky, 59, was the first scientist in Belarus to establish an institute to study Chernobyl’s impact on people’s health, particularly children, near the city of Gomel, about 120 miles over the border from Ukraine. He was arrested in Belarus in 1999 and sentenced to eight years in prison for allegedly taking bribes from parents trying to get their children admitted to his Gomel State Medical Institute. He denied the charges.

The National Academy of Sciences and Amnesty International say he was detained for his outspoken criticism of Belarus’ public health policies following the nuclear disaster. He was released in 2005 and given French citizenship, after rights groups took up his case along with the European Union, Britain, France and Germany. He now runs a medical and rehabilitation center outside Kiev dedicated to studying and caring for Chernobyl’s victims.

Bandazhevsky has not returned to Belarus for fear that his family there could be persecuted or arrested by authorities.

Here are his words, edited and condensed for clarity:

KIEV, Ukraine — If you were told that a lot is already known in Ukraine and Belarus about what Chernobyl has done to these countries, than I can tell you that you are wrong. How can I put it? It is only after 30 years that we are starting to see the real impact. We can say for sure that Belarus was affected more. There was more radioactive fallout there. The doses the general population received were huge. My students and colleagues and I observed it when I arrived in Gomel in 1990 to organize the medical institute (now a university).

At the first, we were observing the effects of the large doses because Gomel was located in the epicenter of this high level of contamination. Then we started to look at the accumulation of radioactive elements in internal organs at lower doses, children’s in particular. We were already seeing a complex pathology affecting the endocrine system (which produces hormones), the cardiovascular system and almost all the internal organs. This was work that had never been done in Belarus and has not been done since.

When I arrived in Ukraine in 2009, I did not find any serious objective source of information about the state of health of the children and people in the Ivankiv and Polesskiy regions (two areas that neighbor Chernobyl). There was no interest. We have now examined about 4,000 second-generation children and most of them have serious problems with their cardiovascular systems. I was starting to see the same thing in Belarus before I left. I am especially disturbed by irregularities I see in teenagers, in particular boys ages 12-17.

Around 80% of them have much too high a level of (an amino acid) called homocysteine, which is a recognized marker of heart disease. We have found very serious changes to the hormone levels of 45% of the children. Some Western scientists don’t agree with this because there is no specific marker to prove that this is an impact from Chernobyl. Yet these scientists come here only in small expeditions and they don’t have access to any sources.

Several million people in Ukraine live on land contaminated by radiation, so we need to evaluate a very large number of people. But there are no such projects. You have to live among the people here to truly understand what is happening, because the problem is very complicated. I have even tried to send interested people to the cemetery in Ivankiv so they can see for themselves how many graves are there — many who died at a very young age. None of this is in the official statistics.

I don’t have any objective information about what is happening now with the health of children in Belarus. Everything is closed. The government says, ‘Everything’s OK, everything’s OK.’ But I get telephone calls from people in Gomel and they tell me that many of the children we were observing before I left have died. They were of different ages: 6, 12, 14. I will never forget appearing on television in Belarus with the president (Alexander Lukashenko). I was saying we were seeing very serious problems in children because of radiation, while he was saying ‘Everything’s OK.’ But I can’t touch this, because I can’t go there, or work there.

For me, the problem of Chernobyl is not finished, it has only just begun.

I am very much afraid that in one or two generations from now, the (descendants) of the population of Belarus and Ukraine that were affected by Chernobyl will vanish. I am afraid of that very much. I don’t want my countrymen to perish. It’s possible that help from the international community to understand what is going on is needed now, just as much as it was immediately after the accident.