Extending Aadhaar to more areas is a hare-brained idea, it should be dropped

News reports that the mandatory use of Aadhaar could be extended to a host of new areas are extremely disturbing. According to these reports, the Unique Identification Authority of India (UIDAI) has identified 20 new areas for which Aadhaar can be made mandatory. This includes registration of companies and NGOs, insurance, competitive examinations and property and vehicle registration.

If this happens, then it confirms the worst suspicions of all those who are opposed to Aadhaar – and this spans ideological divides – that it can be used to seriously compromise individual privacy. 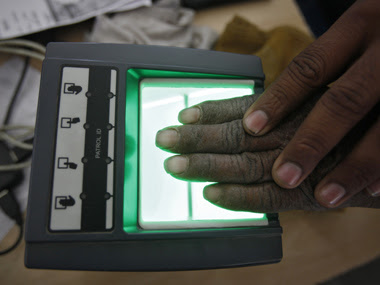 The defenders of Aadhaar – mainly the previous and current governments, the UIDAI and Nandan Nilekani, the father of the Aadhaar – have always argued that these concerns are exaggerated. They have pointed out that Aadhaar does not take any details that are not already in the public domain – name, date of birth and permanent address – and that the biometric data is not shared with any of the authorities that seek verification by Aadhaar. That data remains with the UIDAI and it only confirms that a person with a particular Aadhaar number is who he claims he is.

But Aadhaar’s opponents have argued that the extensive use of Aadhaar allows disparate bits of information to be linked and this could become a genuine concern if this hare-brained idea gets official approval.

Now, there is certainly no doubt that Aadhaar is, in the absence of anything better, the best technological tool for establishing identity. It is not entirely fool-proof – there are issues relating to the fingerprints of manual labourers and iris scan of aged people or those with cataract – a solution needs to be found for this. According to this report by the Centre for Internet and Society, there was fingerprint authentication failure in 290 of 790 ration card holders in Andhra Pradesh who did not lift rations, and there was an ID mismatch in 93 instances. These problems notwithstanding, there is no denying that Aadhaar has helped in significantly containing (perhaps not entirely eliminating) the problem of identity theft for diversion of government doles and other benefits.

So making Aadhaar compulsory for such cases is perfectly justifiable. Indeed, the Act giving legal status to Aadhaar is called Aadhaar (Targeted Delivery of Financial and Other Subsidies, Benefits and Services) Act, 2016.

Mandatory quoting of Aadhaar can even be justified in the cases where duplication or falsification of identity can be used by criminals or those who fall foul of the law. Passports, for example, can be brought under the ambit of Aadhaar. Or even driving licences. A person whose licence has been suspended for repeated traffic violations should not be allowed to get another one under the same name or an assumed name.

But why should it be mandatory for bank accounts, if an individual is not interested in getting government doles? The quoting of Aadhaar for property transactions also does not make sense. If the idea is to prevent fraudulent transactions, it will not be foolproof. A person intending to sell an already sold property or one he does not own can do so even with an Aadhaar number, since people are allowed to own more than one piece of property. What will prevent this from happening is compulsory registration and digitisation of records as well as mandatory property titling; there has been little progress on both.

When filing of income tax returns is not possible without a PAN, there is little rationale for making Aadhaar mandatory for filing returns and even for PAN. It is not clear how quoting of Aadhaar is going to help in ensuring that fly-by-night companies and NGOs do not get established.

The insistence of Aadhaar on purchase of vehicles, landline and mobile phone connections and demat accounts is seriously violative of individual privacy and has enormous potential for misuse. The Act does give the government unbridled power to access data in the name of national security. This itself is worrying, since it can allow security agencies to go an random fishing expeditions to access personal financial transactions. Making it mandatory for even buying cars and phone connections (even though it is not illegal to own more than one vehicle or telephone connection) makes it even riskier – private agencies get access to one’s Aadhaar number. Forget security agencies, even unscrupulous private persons can track an individual’s personal activities, especially financial transactions.

As it is, investigating agencies want to tap Aadhaar and biometric data at the drop of a hat. The UIDAI had to approach the Supreme Court in 2014 against a Goa High Court order ordering it to share biometric details of everyone enrolled in the state for solving a gang rape case. Even after the Supreme Court ruled in favour of UIDAI, a Kerala special investigation team wanted it to share biometric details to solve another rape case. If Aadhaar now becomes mandatory for a host of financial and other transactions, the points of potential privacy breaches only increase.

The move to extend the mandatory use of Aadhaar has to be stopped in its tracks. The mandatory use should be limited to delivery of government welfare benefits and doles (after ensuring that glitches are eliminated) and security-related services like passports. For everything else, it should be purely voluntary. There can be no compromise on this. http://www.firstpost.com/business/extending-aadhaar-to-more-areas-is-a-hare-brained-idea-it-should-be-dropped