Extortion on BHU Campus in the name of Holi 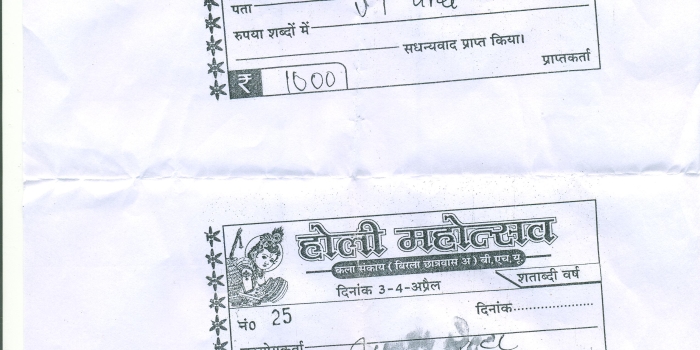 However, this time the manner of extortion indicates how the Hindutva brigade is on rampage taking advantage of their government in power and a VC who believes in their ideology.

A gang of 20-25 moving around threateningly on about ten motorcycles forced their way into shops and took away whatever they could lay their hands on before Holi.

There are legends about how Madan Mohan Malviya went around the country to collect donations for building this great university and now there are these lumpen elements who would like to consider themselves belonging to the same tradition that Malviya believed in but their methods show how far removed they are from the ways of the great founder of this University.

The question is if these were genuine students then why didn’t the University provide funds if they wanted to observe the festival? And if they were not students then why did the security not prevent this gang from bullying shopkeepers?
The Socialist Party (India) would like to condemn this kind of extortion expecially with silent approval of the University authorities.

We demand that all the receipts be collected from the shopkeepers on campus and their money be returned. Copies of two receipts are attached.
Sandeep Pandey
Vice President, Socialist Party (India)
Ph: 0522 2347365