Eyes were burning from the paan, says Manipuri girl called ‘corona’ by Delhi man who spat on her 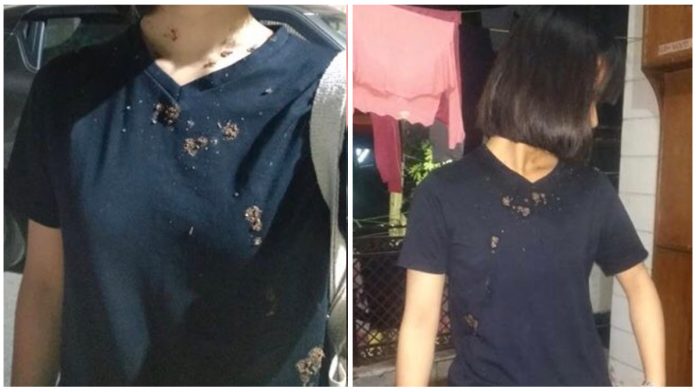 The 25-year-old woman was returning home in North Campus area after buying groceries when a man spat on her.

New Delhi: Delhi Police has registered an FIR against a man for allegedly spitting paan on a woman from Manipur and calling her “corona” in the North Campus area of the capital city.

The incident took place around 9.30 pm Sunday night when the 25-year-old woman had stepped out of her house, along with a friend, to buy groceries in Vijay Nagar area of north Delhi.

She alleged that a man riding a scooter spat on her and called her “corona”.

“Since no shops were open in our locality, we went to the Double Storey road to buy some veggies, which is about 300 metres from the PG where I stay. It wasn’t a very crowded road. I noticed a middle-aged man, riding a scooty, come from the opposite direction at us. When he slowed down and got closer to us, I sensed he was about to do or say something,” she told ThePrint.

The man allegedly spat all over her face, hair and T-shirt.

“The woman was on her way home in Vijay Nagar area of North Delhi when a man on a scooty made some racial slurs. He then spat on her and called her “corona”. We have registered a case under section 509 (insulting modesty of a woman) of the Indian Penal Code and have begun an investigation into it,” said a senior police officer, who did not wish to be identified.

Police are scanning CCTV footage to identify the man and establish the sequence of events.

‘We are often discriminated’

“The scariest part was that the paan juice entered my eyes, including bits of tobacco. I was in shock and my eyes were burning,” she recalled.

Following the incident, she went to the Mukherjee Nagar Police Station along with a few volunteers of the Manipuri Student Association in Delhi.

The woman said she wanted to file an FIR under IPC section 270, which refers to malignant acts that are “likely to spread the infection of any disease dangerous to life”.

But she was allegedly told by police officers that since no physical touch or assault had taken place, an FIR can only be filed under IPC section 509.

“While the incident did hurt my modesty as a woman, it was more of a racially-motivated crime. Being called a ‘coronavirus’ or watching people cover their mouth as we walk by have become a norm now,” she said.