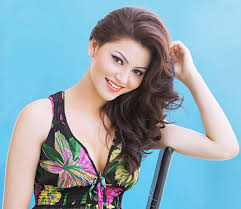 Police on Tuesday has registered a case of cheating, fraud and misusing the identity details of Bollywood actress Urvashi Rautela to book hotel room in a star hotel in Bandra (West).

Around 10:30 pm on Tuesday, a hotel employee told her that a room was booked in her name. She denied having done so and immediately went through the hotel’s booking details. It was found that the booking was done online,” said a police source.

At that the hotel staff approached Rautela and informed her that a room is being booked in her name through online booking. In the complaint, Rautela said, “I asked my secretary about it and learnt that there is no booking being done and some one has misused my Aadhar Card details to book a room in the star hotel.”

Bandra police has registered a case under the Indian Penal Code sections for cheating and impersonation and under the IT Act against unidentified person. “Preliminary probe has revealed that the fraudsters has used her name, address details and her photo of Rautela to book the room online. However the aadhar card number does not match. Probe is on to know the motive behind it. ”

Police have registered a case under section 420 (cheating and dishonestly inducing delivery of property) and relevant sections of the IT act.

“Investigators are also scanning the IP address records to find from where the booking was done,” said a police official.

Paramjit Singh Dahiya, DCP, Zone 9, confirmed that an FIR has been registered.

Rautela is an Indian film actress and model who predominantly works in Hindi films. She was crowned Miss Diva – 2015 and represented India at the Miss Universe 2015 pageant.