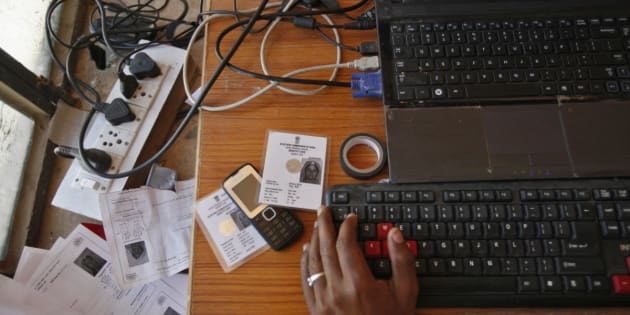 Two separate raids, one in Gurugram and the other in Manesar, have busted fake Aadhaar centres that operated by using thumb impressions on gel stamps, reported Times of India.

In both cases, the people running the centres had rubber stamps with the thumbprints of people actually authorised to run enrolment centres, bypassing the security of the Aadhaar enrolment software.

Also, in both cases, the authorised operators were relatives of the people running the fake centres. The cyber cafe in Manesar which was being run as an Aadhaar centre had banners for Aadhaar enrolment on the outside, the report noted.

The operator from Gurugram, meanwhile, said that the rubber thumb stamps are easily available in Delhi, and being used in Gurugram.

“I procured the rubber thumb from Mathura even though it is easily available in Delhi. A few cafe owners are using these in Gurugram,” he said.

Rajesh Gupta, nodal officer of Aadhaar enrolment, told TOI that this method could also be used for biometric attendance, or fraud in schemes such as PDS, or to apply for a new phone SIM.

Besides this, there were also two raids on fake Aadhaar card businesses. One person was arrested in West Bengal for making fake Aadhaar cards, after a man from Bangladesh who had one of these was caught by the police, reported the Siliguri Times. His interrogation led the police to the fake Aadhaar centre on Monday.

And in Andhra Pradesh, two persons were arrested for making fake Aadhaar cards and driving licences, The Hindu reported. One of them was working in a photocopying shop, and the duo were photoshopping photographs onto existing documents.