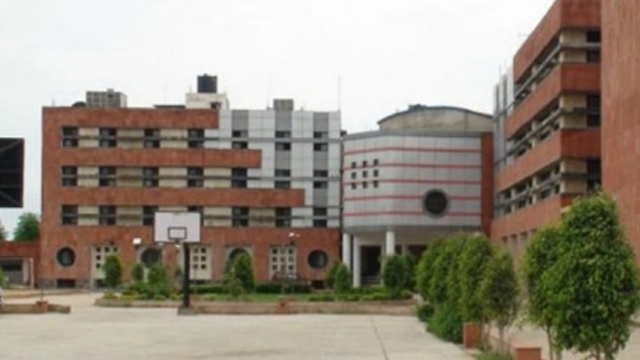 A group of students have written to the JNU students union urging it to take the issue with the administration.

JNU students who have been agitating demanding “freedom of speech” have now alleged that the varsity’s security unit “raided” a classroom while a movie screening which was part of academic curriculum was going on.

The university officials maintained that there wasn’t an “intention” to raid or disrupt the screening but being “extra-vigilant” considering the recent turn of events in the university.

A group of students have written to the JNU students union urging it to take the issue with the administration. The matter pertains to the Centre of Law and Governance where Anand Patwardhan‘s “Father, Son and Holy war” was being screened on March 23.

“I have got a complaint that a guard accompanied by his supervisor raided the ongoing movie screening which is the part of the one of the offered papers to M.Phil students. The students union will raise the issue of this classroom surveillance with the administration,” JNUSU Vice President Shehla Rashid Shora said.

A student of the same department, who did not wish to be named, said,” they intervened on the pretext of a so-called anonymous complaint that had been registered to the security control room. However, on demanding some circumstantial proof of the registered complaint by the students who were present in the seminar room, it could not be presented.”

“The two guards questioned about the movie that was being screened and whether we have the permission to screen it or not? It is highly disappointing that a classroom is being under surveillance on the order (tacit, unwritten and oral) of the university administration. If it is not confronted tooth and nail, soon we hope to find CCTV cameras and audio recording mikes in our classrooms and centres,” another student, who was present at the screening said.

The university authorities when contacted maintained that the intervention happened “mistakenly”.

“The security had no intention to raid the classroom or disrupt the screening. The intervention happened mistakenly in an effort to be extra-vigilant considering the recent turn of events at the university,” a senior official at the Centre for Law and Governance said.

Amita Singh, Chairperson of the Centre said, “it was a routine academic activity and no permission is needed for screenings that are part of academic curriculum”.

JNU is caught in a row over an event on campus against hanging of Parliament attack convict Afzal Guru during which anti-national slogans were allegedly raised. The arrest of three students in a sedition case over the event had sparked a debate on nationalism and free speech across the country.

Meanwhile, the JNU students union which has been agitating over the issue of suicide of Hyderabad University scholar, will be taking out a solidarity march tonight from Ganga Dhaba to administration block, which has been the venue of protest since last month.

The students will also stage a protest outside Telangana Bhawan tomorrow in protest against the alleged crackdown in Hyderabad university where students have been protesting against the resumption of office by HCU Vice Chancellor Appa Rao Podile, two-months after going on leave amid the storm following the suicide of Vemula.

JNUSU has also planned to take a mass delegation to the National Human Rights Commission (NHRC) on March 28 against the alleged human rights violation in Hyderabad University where water, electricity, food, internet services and ATMs are out of order causing an emergency situation for students.

South Asian women earning 80% less than men
Longtime Critic of Modi Is Now a Target
NIA focus in Bhima-Koregaon probe will be on accused named in FIR but not arrested yet
Rajasthan- 17-yr-old raped, pushed into well #Vaw #WTFnews