Feeding the ten billion – how to meet the challenge

Growing enough food for future generations will be a challenge. Here’s how to meet it 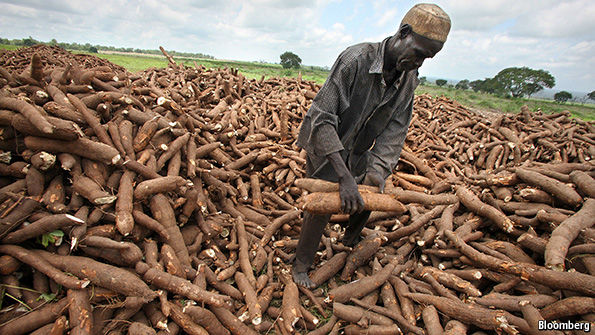 ONE of the extraordinary things about the modern world is that so much of it takes food for granted. For most of recorded history, the struggle to eat has been the main focus of human activity, and all but a handful of people were either farmers or farm workers. Starvation was an ever-present threat. Even the best years rarely yielded much of a surplus to carry over as an insurance against leaner times. In the worst, none but the powerful could be sure of a full stomach.

Now most people in rich countries never have to worry about where the next meal is coming from. In 1900 two in every five American workers laboured on a farm; now one in 50 does. Even in poor places such as India, where famine still struck until the mid-20th century, the assumption that everyone will have something to eat is increasingly built into the rhythm of life.

That assumption, though, leads to complacency. Famine has ended in much of the world, but it still stalks parts of Africa—Ethiopia, Mozambique and Zimbabwe, to name three, depend on handouts of food. And millions of people still suffer from famine’s lesser cousin, malnutrition. According to the UN’s Food and Agriculture Organisation (FAO), some 2 billion of the world’s 7.3 billion people do not have enough to eat. Moreover, by 2050, the total population is projected to grow to almost 10 billion. Add this to the rising demand for meat, fish, milk and eggs, which is born of prosperity and which requires extra fodder to satisfy, and 70% more food will be needed in 2050 than was produced in 2009, the year the FAO did the calculation. That is a tall order. But it is not impossible.

Since the time of Thomas Malthus, an economist writing a little over 200 years ago, people have fretted that population growth would outstrip food supply. So far, it has not. But neo-Malthusians spot worrying signs. One is that in some places the productivity of staples such as rice and wheat has reached a plateau. Neither new strains nor fancy agrochemicals are raising yields.

Nor is there much unfarmed land left that is suitable to be brought under the plough. A source of food Malthus did not foresee was the cultivation of the American prairies. This, and similar extensions of agricultural land, such as the opening up of the cerrado in Brazil, helped the food supply greatly. But such new lands are pretty much used up. Neo-Malthusians also point to climate change. They suggest that, if global temperatures continue to rise, some places will become unfarmable—particularly poor, tropical regions.

These are legitimate concerns. But they can be overcome by two things: the application and dissemination of technology, and the implementation of sensible government policies.

Agricultural technology is changing fast (see Technology Quarterly). Much of this change is brought about by rich-world farmers and by affluent farmers in middle-income places like Brazil. Techniques developed in the West—especially genome-based breeding that can create crops with special properties almost to order—are being adapted to make tropical crops, such as cassava, hitherto untouched by scientific progress, both more productive and more nutritious. Such smart breeding, in alliance with new, precise techniques of genetic modification, should break through the yield plateaus. It can also produce crops with properties such as drought- and heat-resistance that will mitigate the effects of global warming. Drought-resistant maize created in this way is already on the market.

Technology is of little use, though, if it is not adopted. In the developing world that applies as much to existing farming techniques as it does to the latest advances in genetic modification. Yield plateaus are a phenomenon only of the most intensively farmed parts of the world. Extending to the smallholders and subsistence farmers of Africa and Asia the best of today’s agricultural practices, in such simple matters as how much fertiliser to apply and when, would get humanity quite a long way towards a requisite 70% increase in output. So would things like better roads, to allow for the carriage of surpluses to markets. This would encourage productivity growth and reduce waste.

Indeed, government policy to reduce waste more generally would make a huge difference. The FAO says that about a third of food is lost during or after harvest. In rich countries a lot of that is thrown away by consumers. In poor ones it does not reach consumers in the first place. Bad harvesting practices, poor storage and slow transport mean that food is damaged, spoiled or lost to pests. Changing that, which is mostly a question of building things like better, pest-proof grain silos and monitoring their contents properly, would take another big bite out of the 70% increase.

The neo-Malthusians may throw up their hands in despair, but consider this: despite all the apparent obstacles, from yield plateaus to climate change, in the six years following the FAO analysis cereal production rose by 11%. If growth like that continues it should not only be possible to feed the 10 billion, but to feed them well.http://www.economist.com/news/leaders/21700394-growing-enough-food-future-generations-will-be-challenge-heres-how-meet-it-feeding?linkId=25634502