FIFA  is awful, but the Olympics takes the gold medal for sleaze

There is, quite simply, nothing to touch it. The hardest fought sports rivalry of my lifetime has been that between the International Olympic Committee and Fifa. It is the Reichenbach Falls of scumbaggery – a site of titanic struggle between worthy foes, a struggle in which I have frequently called the winner too early. 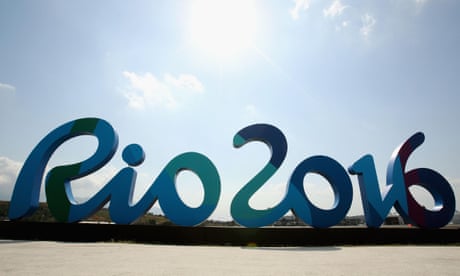 One year ago, while watching Fifa bigwigs being escorted to police cars by hotel staff literally shielding them with their own dirty linen, I remember thinking that the IOC couldn’t have matched this. There were $29m (£22m) Amex bills, there was the hilariously timed release of a vanity movie, there was the stop-motion implosion of Sepp Blatter. The IOC, for all their baroque scandals and malevolence down the years, were at least not this bad.

My apologies. Once again I hear Michael Corleone just managing to keep a lid on his frustration as he asks me: “Who’s being naive, Kay?” I mean, really … at least you could believe the football, even if it was happening in Qatar. Spectators effectively now have to be doping to believe the Olympics.

Nobody can hate sport as much as the IOC – not even your average UK government sports minister. Not even the World Anti-Doping Agency (Wada), whose president Craig Reedie took so much trouble reassuring the Russian sports minister that “there is no intention in Wada to do anything to affect [our] relationship.” So the revelations of the past few weeks that centred on (but are far from limited to) the Russian state doping programme are not, in one sense, a shock. Wada’s budget is $27m, making it marginally more expensive than the IOC’s bar tab in an Olympic cycle, but dwarfed, perhaps, by its prostitute bill.

That the IOC want athletes to cheat is, in light of their handling of the Russian situation, abundantly and tragically clear. The only debate is over whether they know that this is what they want, or whether it’s some subconscious thing that might emerge if IOC president Thomas Bach spent 12 minutes with a therapist who had obtained their qualification from a correspondence course . To adapt the old saying about Italian traffic lights, anti-doping laws are now really just a suggestion.

This week the former chief investigator for Wada detailed how his efforts to investigate Russian doping were frustrated – frequently by Wada, he alleges – and offered his take on the fact that despite all the revelations and all the IOC’s power, 271 Russian athletes will be competing in Rio. “The action the IOC took has forever set a bar for how the most outrageous doping and cover-up and corruption possible will be treated in the future.”

As that verdict makes clear, this catastrophic moment in the pursuit of sporting integrity must not be conveniently confined to Russia. It is much bigger than Russia, though it must be said Russia is, at least to my knowledge, the only country where the sudden death of the first head of its anti-doping unit was followed two weeks later by that of his successor. It’s often said that sudden heart attacks are no respecters of class or wealth, but they do arguably show a certain deference to the Russian security services.

Either way, the IOC has come right off the ropes in its eternal showdown – or rather, shitshowdown – with Fifa. Perhaps the first whiff of the fightback came from Bach, who preposterously opted to lecture Fifa on morality on several occasions last year, even as he was enjoying his regular chats with Vladimir Putin. “Enough is enough,” ran one of these addresses. “We hope that now, finally, everyone at Fifa has at last understood that they cannot continue to remain passive. They must act swiftly to regain credibility because you cannot forever dissociate the credibility of Fifa from the credibility of football.” In terms of getting his organisation back into the game, this was Ali’s whispered inquiry into Foreman’s ear: “That all you got, George?”

Now Bach is preparing to take his throne for an Olympics that increasingly provides its own metaphors. The Rio games are beset by pestilence and a human effluence problem. Never has the statue of Christ the Redeemer looked more openly sarcastic. He towers over the IOC’s latest production, arms outstretched in the international gesture of exasperation, as if he is asking: “Could I make it any clearer, morons?”

He has certainly been assisted by many Brazilians in this inquiry. At the lighting of the Olympic torch in April, Bach blathered: “This message of hope is perhaps the most important legacy that the Olympic Games will bring Rio de Janeiro.” The Rio organising committee chair could only concur: “The Olympic flame means hope to us all.” Except maybe to those who stoned the torch relay as it arrived in Rio last week.

Before we conclude, I should say that I love the Olympics, which up until now have always ended up being rescued by the athletes once competition begins. Their fortnight of feats and fables eradicate the months and years of government overspending, martial displays, human rights abuses, neighbourhood cleansing, and all the other adorable fascist quirks that are an essential part of the undercard to any modern sporting mega-event. Once the games themselves started, you still had the sport. With a good few exceptions, of course, and a good few more suspicions – yet still not sufficient enough to wreck it.

But this time round? Typing this hours from the opening ceremony of Rio 2016, I’d love to be proved wrong. I want my fortnight of unbridled delight, I want my unforgettable victories, I want my backstories, I want the usual two-week obsession with something like handball or archery to develop. But I fear the IOC and their pathetic satellites finally gone and done it. To deploy the official language of the Olympic movement: les jeux sont faits.

I’ll watch it, of course, and I’m sure there will still be plenty of marvellous moments – though I expect to develop RSI from all the eye-rolling. I can’t say precisely when the fatal tipping point came. I know that 10 years ago, I would have speculative discussions about which top athletes might be doping. Now I have discussions about which might conceivably not be.

CBI Books, Conducts Searches at Justice Shukla’s Premises
Confessions of an RSS Pracharak’: Why this Book is a #MustRead
SC Judgment on Niyamgiri and Directions interpreting FRA #Vedanta
#Aadhaar will make life tough for workers rescued from bonded labour #SayNoToAadhaar