Rahanas , who was sexually abused by her father and 11 others, has beaten all odds to become an advocate. 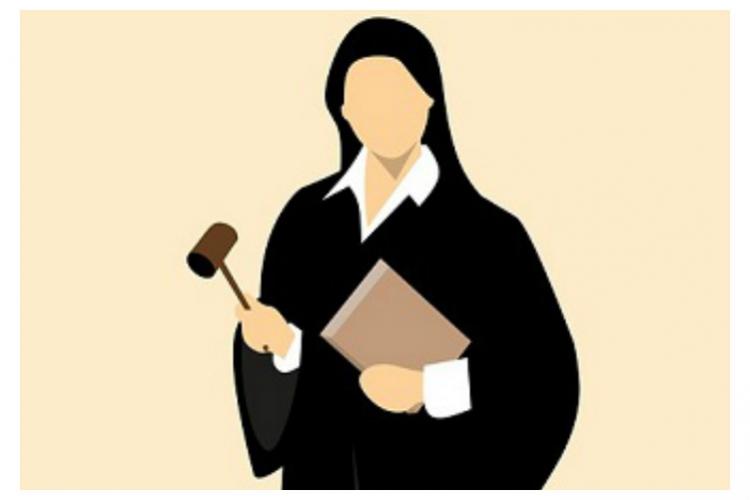 When she was a Class 9 student, Rahanas PP went through horrific sexual abuse. Her father is the prime convict in the rape case. Now 25, the young woman enrolled as an advocate at the Kerala High Court on Saturday. The journey thus far was no cakewalk and Rahanas had to confront uncertainties at every turn.

But, the struggle has seen her emerge stronger. She is firm that the world should know her by her name and that she will not wear the cloak of anonymity. Speaking to TNM, the brave survivor says that her life has gone through a sea change and so has her perspective.

“Even at the time of the trial, I had asked my aunt why the complaint had been filed, and why I should go through all the procedures. But now, I will tell all women or the kin of all young children who undergo such atrocities, that the crime should be reported and that they should fight back,” she says.

Moreover, Rahanas says that the identity of the survivor shouldn’t be reduced to the details of the crime.

“Their identity shouldn’t be that of the place where the crime happened. They shouldn’t be referred to merely as that ‘home girl’ (a girl who lives in a rehabilitation centre for child sexual abuse survivors). The names should be revealed. Assertion of identity is important. By making society familiar with the names of child sexual abuse survivors, a process of inclusion happens,” she opines.

Recounting her growing up years, Rahanas says, “Only a few – our teachers and close friends – knew that we are sexual abuse survivors. Since we are from a ‘home’ (Samakhya’s rehabilitation home), people would sense that all was not well with us, but they would not know exactly what had happened to us.”

A week ago, however, a Malayalam weekly published her story.

“After that, my LLB classmates also came to know about my life. I was a bit anxious about how they would react when they met me at the enrollment venue. But everyone was very friendly, a few even appreciated me. I’ve never had a bitter experience even with people who had known my story all along. You know how happy the children of our home feel when their names are announced at programmes? When the name is openly declared? Nobody will kill us if we reveal our identities, even if we may face threats. We live in our Kerala, after all. The most important fact is that we survived the abuse and the trauma post that. We are still alive,” she asserts.

Rahanas’s family used to live in a village in Kannur, a northern district in the state. She has three siblings, two younger sisters and one younger brother. Her father Haris, a mic operator, was an alcoholic. Life was never a bed of roses for the children or their mother, as Haris would make the house a living hell every day in a drunken state after he came back from work.

“He was not interested in educating us. Instead, he sent me for work at pappad making units or textile shops and didn’t allow me to complete my ninth standard,” Rahanas says.

In 2008, Haris decided to expand his cruelty further. He, apart from 11 others, sexually abused Rahanas. It was Haris’s idea to make his daughter the target for the others. All the 12 accused, except one, have been convicted and housed in jail. Haris was sentenced for life and is housed at the Central Prison, Kannur. After the abuse, neither the mother nor the children knew what to do next.

How the crime came to light

It was the present Health Minister KK Shylaja, who was then the office bearer of the All India Democratic Women’s Association (AIDWA), who filed a police complaint. This resulted in bringing the heinous crime to light and led to the conviction of the accused. Hailing from Kannur, Shyjala has, till date, stood with the survivor and her family.

“Later, I came to know that one of the accused was a a distant relative of hers (Shylaja’s). Still she backed me. She got a hint of what had happened to me and she filed the complaint. Till now, she has been a huge support for me,” Rahanas says.

After the procedures of the case began, Rahanas was housed at the rehabilitation centre of the Mahila Samakhya Society. Over the years, it has become her home.

Her mother and siblings also later shifted to Thiruvananthapuram with Samakhya’s support. Living at the home, she resumed her studies.

“I had the wholehearted support of the Samakhya members. All the people there, each and every one of them, enabled me to walk through my hardships. After the abuse, at every phase in my life, I had a big question mark – what to do next? I needed the support of others to enter the next phase,” she recalls.

Rahanas studied in Thiruvananthapuram till Plus 2 and joined for the five year LLB course in a college in Kochi.

She was the topper of MG University for the eighth semester of the LLB programme. In the final results, she scored 67 percent.

“She is the first such example. She did it all without the support of the government. Joining LLB was her initiative only, she worked hard to continue her studies. Whatever support we extended would have failed if she had not been strong. It’s not easy to go through all this and still continue fighting,” says PE Usha, Mahila Samakhya Society state project director.

‘Most abuses happen at home’

Whenever Rahanas refers to the children housed at Samakhya, she says, ‘nammude kuttikal’ (our own children).

“Most of the children are abused at home only. In that sense, our own homes are the most unsafe places on earth. In such cases, chances are high that the crime is not reported. If the father is the accused, even the mother may have the tendency to hide it as they fear that the father would be convicted. If the father is giving his own daughter to others for sexual abuse, it won’t come under commercial trafficking and may hence not get reported much,” she says.

Rahanas adds, “It shouldn’t happen. All the cases should be reported. The kin, the mother (if father is the accused) and society should support the survivor. A solid support system can bring in a drastic change.”

Rahanas has no plans to start practicing as a lawyer immediately. She instead wishes to join the LLM course.

“But more than that, I would like to work for our children living at various rehabilitation homes. You know how sad I am when I see those innocent faces? How sad they would be when they see other children’s parents at school. Their childhood should be spent at their own homes, not at rehabilitation centres,” she notes.

While one of Rahanas’s sisters is married, another sister, her mother and brother live in Wayanad currently.