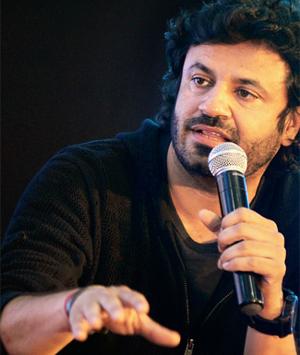 Victim confirms harassment via affidavit; next hearing in the Vikas Bahl-Anurag Kashyap case on November 21

In a crucial hearing today, no injuction or interim relief was issued (against the defendant filmmakers who are currently in focus) in the on-going defamation case that Vikas Bahl has filed against his former Phantom Films partners, Madhu Mantena, Vikramaditya Motwane and Anurag Kashyap. The trio was present in the courtroom that was brimming with tension during the hearing. Vikas Bahl stood outside the courtroom like he has done so far on almost all the hearings in the matter.

The woman, not appearing in court, through counsel Navroz Seervai filed a brief affidavit, affirming the “truth and veracity” of her statements to the online portal that published her allegations against Bahl. Seervai said, “She feels it will add insult to injury if her word is disregarded, or worse, disbelieved, and therefore has overcome her reluctance.” She also realized a statement doesn’t have the value of an affidavit, he said. An affidavit, a written statement confirmed by oath or affirmation, for use as evidence in court, holds greater legal weight than a signed statement

The HC bench of Justice SJ Kathawalla is hearing a Rs10 crore defamation suit filed by Bahl. The suit was primarily against his former partners Anurag Kashyap and Vikramaditya Motwane at Phantom Films, a film production house they broke up this month. The suit, also against media houses, is to prevent them from posting about the “false” allegations.</p>
<p class=”indent”>After a few hearings, when the court was set to close the matter on Thursday, having asked for just one affidavit from Bahl’s other former partner, Madhu Mantena, new affidavits poured in, including one by a head of a department at Phantom who said he was present at a meeting where they were informed Bahl would go to a rehab meeting. Bahl’s counsel Janak Dwarkadas said, “The matter has to be heard finally. New affidavits are being filed. Bahl can’t be put to a disadvantageous situation of not being able to deal with the affidavits.”</p>
<p class=”indent”>The judge observed, “The matter is not proceeding the normal way, that’s the problem. Your own partners are making contradictory statements. One partner says on oath another partner was present, the other partner says he wasn’t-…Today get an affidavit which is completely contrary to what was said.” Justice Kathwalla adjourned the matter to November 21 for directions and will be hearing the matter for final orders, not interim. The court said the victim is not precluded from filing any further affidavit after going through all affidavits filed so far.</p>
<p class=”indent”>Kashyap and Motwane’s counsel, Venkatesh Dhond, had at the first hearing questioned why the victim was not made a party by Bahl, following which he did, without naming her. His former fourth partner at Phantom, Madhu Mantena, was also joined as defendant</p>

For those who have come in late, Vikas Bahl filed a Rs 10 crore defamation suit in the Bombay High Court against his former partners at Phantom Films, namely Anurag Kashyap, Vikramaditya Motwane and Madhu Mantena and others. A hearing that lasted nearly three hours was held on October 23 where affidavits by Anurag and Vikramaditya and a detailed statement by the victim were read and debated upon with a demand to make the victim a party in the case.

Despite issuing a statement with her signature in the last hearing, the victim, in the on-going defamation case, Vikas Bahl V/s Anurag Kashyap and others (including BCCL), has reaffirmed her claims of sexual assault on oath in an affidavit so that her words are not disbelieved and/or disregarded. Her legal representative, senior counsel Seervai, told justice Shahrukh J Kathawalla in courtroom no 20, full to the brim with lawyers, commoners and journalists, that his client, despite reluctance to get into the matter, decided to put on oath in an affidavit that she stands by the accuracy of the news reports published so far, and it will add insult to injury if her statements were disregarded or disbelieved by the court only because they were not put on affidavit (on oath) earlier. Realising the consequences of her statements, she put out a three-paragraph affidavit standing by her statements, a signed copy of which was handed over to the court.

Senior counsel Venkatesh Dhond also submitted a two-page affidavit by Ranjan Singh, the former head of a department at Phantom Films, stating that in March 2017, a meeting was held in Anurag Kashyap’s cabin at the company’s office, which was called for by Madhu Mantena. Vikramaditya was also present there along with other heads of departments. They were informed that with respect to complaint of sexual misconduct against Vikas Bahl, the other partners had decided to not allow the company or any of its senior employees to work with him and that he would no longer be working from the company’s office and that he would also be going to rehab. Mr Dhond also put forth a list of cases heard by the Supreme Court where verdicts in sexual assault cases were passed purely on the basis of the testimony of the victim.

These two affidavits, along with one filed by Madhu Mantena, through senior counsel Aspi Chinoy were admitted in court. This affidavit states that the filmmaker has been added as a party by an order of the court dated October 17, 2018 and that certain statements made by Anurag and Vikramaditya in their affidavits, filed on October 23, are not fully correct. Madhu has stated that he wasn’t present in Goa when the incident happened. He has also stated that although Anurag and Vikramaditya met Vikas along with him to seek his explanation on the matter, Vikas didn’t remember the incident correctly and he didn’t apologise for his ‘behaviour’ but agreed to seek assistance in dealing with his general behaviour and to undergo treatment in a rehab facility for his habit of intoxication.

Looking at the contradictions between the statements made via affidavits by Anurag, Vikramaditya and Madhu, and in the light of two more affidavits one each filed by the victim and a former employee of Phantom Films, Justice Kathawalla will now hear the matter again on November 21. He has also told counsel Seervai to talk to the victim and explain everything from every affidavit filed so far to her, in case she wishes to file an additional affidavit. All the counsels involved in the matter have also been told to put together detailed affidavits and all the exhibits they wish to submit in the matter which will now be heard post Diwali. The matter remains part-heard