Divya who is on conditional bail is being questioned by Masinagudi police every day for two hours. 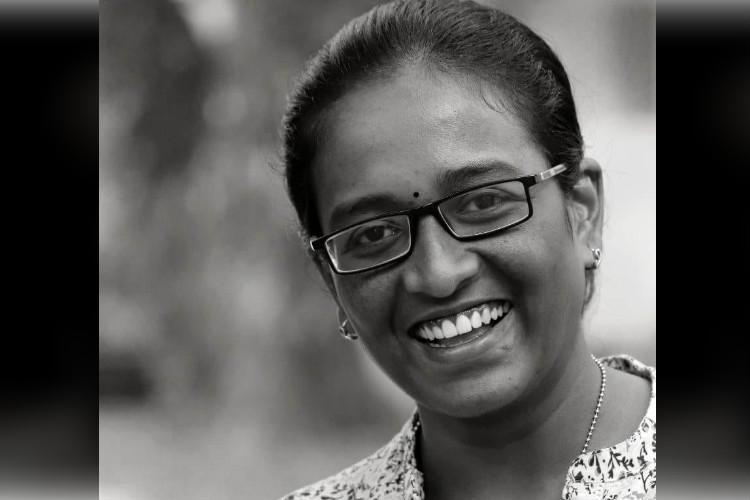 These are some of the questions from a list of 25 posed at filmmaker Divya Bharathi by Masinagudi Inspector of Police. Following the complaint filed against her documentary on Ockhi last month at Gudalur police station in Nilgiris district, Divya Bharathi is currently on conditional bail and is required to sign at the police station every day for the next one week.

“I surrendered at Gudalur Police station on August 3 and I’ve been given conditional bail. While it is a simple procedure where I sign at 10.30 am every day and leave, I’ve been subjected to a two-hour inquiry on day one by Masinagudi Inspector Muralidharan,” says Divya to TNM.

Divya also observes that it is unclear why an inspector from Masinagudi, which is 25 kilometres from Gudalur where the case has been filed, would conduct the inquiry. “I was cooperative on day one, although it was tiring to answer these questions. They repeated the same questions again on August 5 and that is when I lost my patience,” says Divya.

This time, the inspector also gave her a printed list of questions, asking her to return with written answers on Monday. “It is not legal for them to subject someone who is out on conditional bail to these inquiries. I am planning to submit a complaint with the Gudalur Magistrate tomorrow,” says Divya.

The police asked her other questions including how she came to the conclusion that fishermen had not received adequate warnings before Ockhi and that they were not given proper help by government agencies and the Indian Navy. The list also included a question on the image of a mutilated flag lying on a boat that was used in the documentary.

case against her was registered at the Gudalur station for ‘objectionable’ content in the trailer of her upcoming documentary Orutharum Varela which, according to the FIR, disrespected national symbols, promoted communal disharmony, and negatively portrayed the government and the armed forces.

The documentary focusses on the plight of the fishing community in Tamil Nadu, which endured huge losses during Cyclone Ockhi last year, including the loss of lives.

Stating that she only had to appear at the Gudalur station for a week to sign the register as part of her bail conditions laid down by the Madras High Court, Ms. Divya said the police had no right to interrogate her at the station without any summons.

According to her, the interrogation was carried out by I. Muralidharan, Inspector of Masinagudi station, who has reportedly been designated as the Investigating Officer of the case. “He interrogated not only me, but also the people who had given surety for my bail, for three hours on both the days,” she alleged.

The questionnaire included questions on how the film was financed, the ‘factual basis’ and ‘evidence’ for criticising the government, the list of people appearing in the film and whether they were actors or ‘real-life characters’.

Ms. Divya applied for anticipatory bail after a team of plain-clothes police searched her house in Madurai on July 2 and allegedly pressured her to come for investigation without disclosing the purpose of the search. Only during the hearing of her bail petition in the Madras High Court did the police submit that a case was registered in Gudalur based on a complaint by a sub-inspector at the station.

Speaking to The Hindu, Inspector of police (Masinagudi) and in-charge of the Gudalur police station I. Muralidharan said that the list of ‘basic’ questions handed over to Ms. Divya was only for investigation purposes, and that answering them was voluntary.

“Ms. Divya can choose not to answer certain questions if she wishes; but through the answers, we can hear her side of the story. As the film was shot in a location outside the Nilgiris and since we could not conduct an investigation at the location, we have sought more details about the film and its content,” he said.

Divya who is currently staying with a friend in a remote village near Gudalur also shares that she is being followed by uniformed men who are always present around the area she’s currently in. “They don’t let me out of their sight. Even now, as we speak, there are a few standing around that corner, watching me,” she says to TNM over the phone.

A few days after the release of her upcoming documentary, Orutharum Varela’s trailer, the filmmaker received threats and unwarranted visits from police officials at her residence and her workplace in Madurai.

It was announced earlier this year that Orutharum Varela, a documentary on the devastating effects of Cyclone Ockhi that wreaked serious havoc on coastal India in December last year, would be out soon. After much delay, the trailer of her latest documentary titled Orutharum Varela (Nobody came) was released on YouTube on June 28.