In the first case of its kind against the private investment arm of the World Bank, fishermen and farmers from north-western India are suing the International Finance Corporation (IFC) in a US federal court over a $450m loan for a coal-fired power plant. The communities say the IFC has “destroyed their livelihoods” by reducing fish stocks and damaging the environment in Gujarat. The case is filed in the District of Columbia circuit of the federal court system, as that is where the World Bank is based.

But in a move decried by human rights advocates, the IFC says the complaint, filed by the NGO EarthRights International in April this year on behalf of those affected, “must be dismissed in its entirety” because the IFC is entitled to immunity from prosecution in the US under a treaty signed in 1945.

According to the IFC, the International Organisations Immunities Act of 1945 gives it “the same immunity from suit and every form of judicial process as is enjoyed by foreign governments”. A verdict on whether the IFC’s immunity defence will hold, or whether the court will hear the case, is not expected before January 2016. 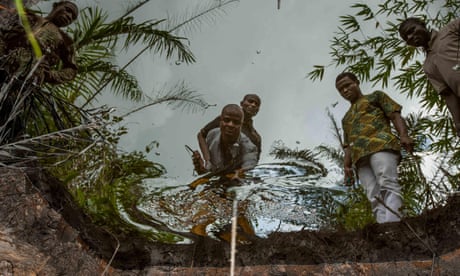 “What are they afraid of?” asks Kristen Genovese, from the Centre for Research on Multinational Corporations (SOMO) in Amsterdam. “Any other institution – you can sue your government, you can sue corporations. Why can’t you sue the Bank? Why is it above the law? You need to have checks and balances.” At the moment, she adds, “the entire World Bank group essentially plays by its own rules”.

The IFC is the branch of the World Bank that invests in the private sector in developing countries.

In 2008, it announced a $450m loan for the 4,000 megawatt Tata Mundra “ultra mega power plant” near the port town of Mundra in Gujarat. The project was billed as critical to providing cheap and reliable power for India’s industrialisation, but critics have long raised questions about its environmental footprint.

Asked for a response about the US legal case, the IFC said it could not comment on the suit.

It noted that after a negative internal report was released following local complaints in 2011, the operating company, Coastal Gujurat Power, voluntarily agreed on an “action plan”, including new “mitigating measures”.

Frederick Jones, IFC spokesman, said this month: “The importance of electricity in ending poverty and building prosperity cannot be understated. Lack of electricity impairs opportunities for education, healthcare, clean water, freedom of movement, and jobs.” He added that the project “provides reliable power to rural and urban-based domestic consumers” across northern and western India.

But local communities say it has done more harm than good, and that they are struggling to survive in its wake.

Standing on a sandy beach a mile or so downstream from the power plant, Bharat Patel looks dejected. He is general secretary of Machimar Adhikar Sangharsh Sangathan (MASS), a body representing fishermen in the area.

During the fishing season, this area is full of people trying to make a living. In the distance, behind the few rudimentary living quarters on the beach, the power plant’s imposing chimneys belch grey smoke into the sky. Patel says its operations have changed the temperature of the water gushing down into the fishing area and caused their catch to migrate.

“The World Bank is meant to reduce poverty, but this type of investment by the IFC has created poverty,” he says. “For this project, they want good engineers … and in our area and our communities, people are not very well educated. The literacy rate is 20%, so they are obviously not going to be involved in this project. Around 200 to 300 are working [at the power plant], so you destroy 10,000 fishermen’s livelihoods for 200 people’s jobs. It’s not justifiable.”

Nearby is the small village of Navinal, where many of the fishermen live. Its sandy, uneven streets are dotted with cows, and welcoming residents tell you to step inside their homes to eat.

“Industries came here but not for the benefit of the local people. They have benefited outsiders,” says Gajendrasinh Jadeja, the charismatic 29-year-old head of the village. “The locals have lost their livelihood; they haven’t got any benefit from the companies.”

“Everyone is in debt apart from 1% that gets rich,” says Salim Umar Vager, 47, a fisherman who works in the area downstream from the power plant.

The Tata Mundra project has been the subject of long running disputes. A former IFC senior official, who worked at the institution when the Tata Mundra investment was approved, and spoke on the condition of anonymity, said there was a “huge debate” internally, among staff, about the project and its potential environmental impact even before the deal was signed.

In a statement to EarthRights in July 2015, the IFC argued that it should not be accountable in court because its internal accountability mechanism, the Compliance Advisor Ombudsman (CAO), “provides plaintiffs with an alternative means of recourse”.

In 2011 local communities filed a formal complaint with the CAO. In response, it published a report on the Tata Mundra project, concluding that the IFC had failed to adequately consider its “potentially harmful effects”.

But the IFC largely dismissed the findings in its response to the CAO, which said it was “confident that the company’s management system effectively addresses [environmental and social] risks and impacts” – prompting more than 100 organisations in India and 68 globally to write to an open letter to World Bank President Jim Yong Kim in outrage.

“It’s a weakness in the system. There’s nothing that can compel the IFC to actually do what they’re meant to do or to remedy the harm that they’ve contributed to,” says Genovese, the Amsterdam-based researcher. 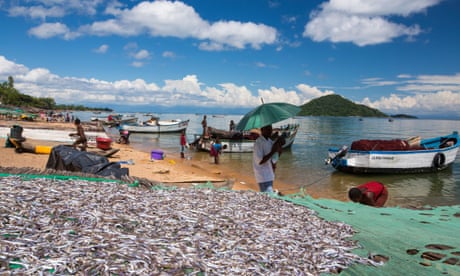 On the shores of Malawi’s lake of stars, activists raise uranium fears

The IFC has come under the spotlight in recent years for investments associated with alleged human rights abuses and environmental damage. In the past, civil society groups have called for a portion of the investment proceeds from the IFC to be put aside for some sort of compensation fund for when projects cause harm – though no such thing currently exists.

Luiz Vieira, coordinator of the Bretton Woods Project, which tracks the World Bank and IMF, says: “There’s no remedy, there’s no fund where IFC then says, ‘We made a mistake – you lost your livelihoods, so we’ll provide you compensation.’”

The current case is important, says Michelle Harrison, a legal fellow working for EarthRights International, not just for the plaintiffs to “get redress for their own suffering but also to ensure that other communities around the world don’t endure what they’ve endured”.

Meanwhile, back in Gujarat, the farmers and fishermen who filed the case say they cannot wait.

Ranubha Ranmalji Jadeja, a 60-year-old farmer, says he is struggling with the coal dust from the plant that is settling on his crops, causing his harvests to shrink. “We are a welcoming people,” he says. “But this type of project destroys our livelihood.”

‘Plea of mental instability being misused as grounds for divorce'
Official Report: Nuclear Waste Accident Caused By Wrong Cat Litter #WTFnews
9-year-old suing the UK Govt because they won't help her see her father
After banning Doniger will you ban Kalidasa next? #Censorship