By Shilpa Dubey, Pune Mirror
It was an award function meant to honour women and their work but offensive comments made by one of the main invitees left more than a few awardees and many in the audience disgusted. Former top cop of Karnataka, ex- DGP HT Sangliana said on stage, “I see Nirbhaya’s mother, she has such a good physique. I can just imagine how beautiful Nirbhaya would have been.”
Activist Anita Cheria, who shared a detailed account of Friday’s event with Mirror, was shocked with the comment. Recalling the series of event, Cheria told Mirror through a statement, “HT Sangliana looked a little unsure as he walked towards the podium. After a few pleasantries, he asked another guest on stage for the programme, as he did not seem sure about the chief guest, Asha Devi’s name.”After checking the programme, he made the remark about Nirbhaya and her mother. Anita Cheria, who was awarded at the function, contemplated leaving soon after the comment in protest, but stayed back out of respect for Nirbhaya’s parents. In her acceptance speech, Cheria made her disapproval of Sangaliana’s comment known. “When top government officials, from the police, seemingly well -meaning, think it appropriate to comment, appreciating a woman’s good physique, we, as a society, have long way to go to change mindsets and bring any measurable lasting change in favour of women,” she said. Sangliana wasn’t present during a better part of the function as he chose to leave after handing out just one award, to another top cop, D Roopa. At least one other awardee, repulsed with Sangliana’s statement, left in disgust. Noted journalist Pushpa Achanta also walked out of the event. 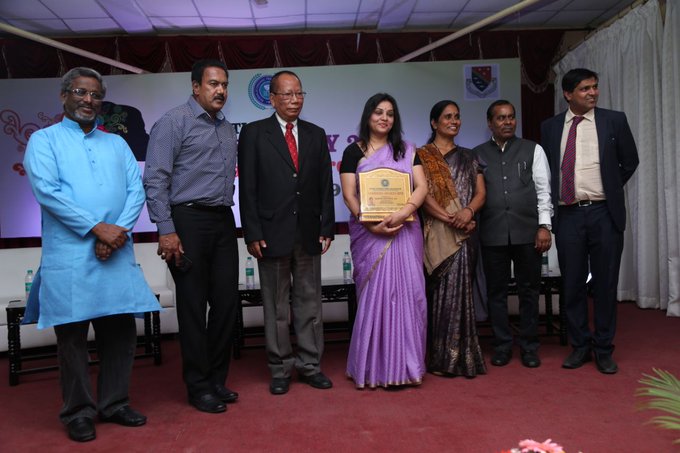 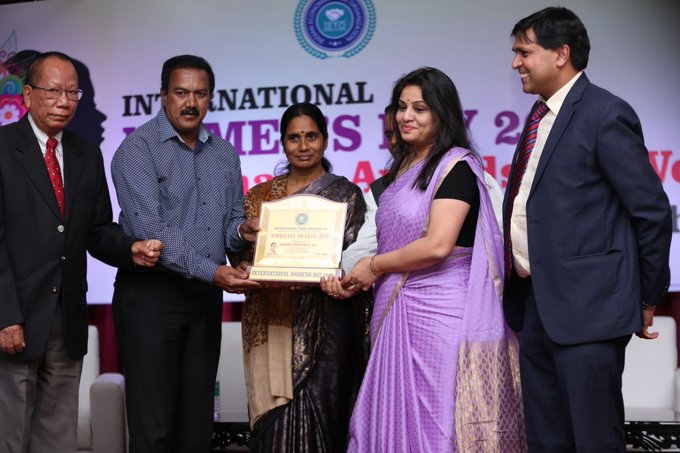 Met Nirbhaya’s mother today. She spoke how the society stigmatises rape victims rather than stigmatising the culprits. It’s for citizens to play active role in checking crimes against women. Ex MP, retd IPS Sangliana was present I received “Nirbhaya Award” on the occasion.

That wasn’t the only problematic statement by the former top cop that evening. Sangliana reportedly also said, “If you are overpowered, you should surrender, and follow up the case later. That way we can be safe, save life, prevent being killed.”

Journalist Susheela Nair, who also attended the award function, said, “We never expected a man of his position to make such a comment, especially at a place where you are present to celebrate womanhood. He had said that when you are getting raped it is better not to oppose and if you are overpowered, you should surrender and follow up case later to prevent being killed.”

“It was shocking and disgraceful”, she added.

It is still not clear if Nirbhaya’s parents could hear Sangliana’s speech clearly but in her speech, Asha Devi summed up the frustration many feel with fighting a long battle to secure justice. “We have law, police, government but justice is something that does not come easy. Nobody now is scared of the law, law is not a deterrent. We most times feel happy during these once a year celebrations, but that is only a token if it does not lead to change,” she said.

Her daughter, 23 year old physiotherapy student, was brutally gang-raped on a bus in Delhi on the night of December 16, 2012. India’s braveheart lost her life on December 29 the same year, but her trauma and the brutality of what she faced, triggered a series of protests that eventually led to amendments to laws that deal with crimes against women, including rape, stalking, among others.