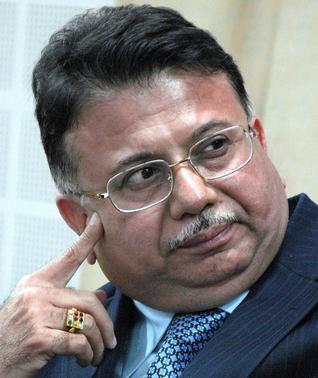 “A parochial, selfish, narrow minded nationalism has caused so much misfortune and misery to the world. A mad and exaggerated form of this cult of nationalism is today running rampant….”

This statement made by M.N. Roy, as far back as 1942, may resonate with many even today, particularly in these times we live in. Good evening, Justice Chalmeswar, Mr. Pancholi and distinguished members of audience.

It is a privilege and an honour to be here to deliver the M.N. Roy Memorial lecture today. M.N. Roy was a leading intellectual and thinker, and an activist philosopher, who was deeply involved in the Humanist Movement. He was critical of the fundamentals of Indian nationalism and the ideology of nationalism in general, particularly in light of the rise of Fascism and Nazism and the outbreak of the Second World War.

Roy’s ideas thus covered a broad range of topics, including speech and dissent. In fact, that is exactly why I have chosen to speak on Nationalism, Free Speech and Sedition for this memorial lecture. Today, we are living in a world where we are forced to stand for the national anthem at a movie theatre, we are told what we can and cannot eat, what we can and cannot see, and what we can and cannot speak about. Dissent, especially in the university space, is being curbed, and sloganeering and flag raising have become tests for nationalism. We have a 21-year old University student who is subject to severe online hate, abuse, and threats, only because she dared express her views.

In any society, at any given point of time, there will always be people holding divergent views. Such views are integral and inevitable in a healthy, functioning democracy. Nowhere has this been better expressed than by the judgment of the Bombay High Court in F.A. Picture International v CBFC, where the Court said: “History tells us that dissent in all walks of life contributes to the evolution of society.

Those who question unquestioned assumptions contribute to the alteration of social norms. Democracy is founded upon respect for their courage. Any attempt by the State to clamp down on the free expression of opinion must hence be frowned upon.”

Unfortunately, however, our institutions of learning are under attack today and there is a concerted attempt to destroy any independent thought. Today, sadly, in this country I love, if anyone holds a view that is different from the government’s “acceptable” view, they are immediately dubbed as “anti-national” or “desh-drohi”.

This marker of “anti-national” is used to intimidate and browbeat voices of dissent and criticism, and more worryingly, can be used to slap criminal charges of sedition against them. All these factors have led me to choose the present topic to generate further discussion and debate.

I think it is all the more important to discuss and talk about nationalism.

What is Nationalism? At the very outset, I would like to caution against, what the celebrated Nigerian author Chimamanda Adichie terms, the “danger of a single story” – the danger of understanding an idea only from a single perspective and ignoring the diversity of views present. Mridula Mukherjee points out the nuances in the word “nationalism” and how it encompasses the ideas of progressive nationalism, a revolutionary pro-people nationalism, and a regressive and jingoistic nationalism.

This was then, an “anti-colonial nationalism, where the primary identity of an Indian was not their religion, caste, or language, but their unity as equals in their demand for freedom. It is thus important to remember that there is no single overarching “right” conception of nationalism. How then did M.N. Roy understand nationalism? In Roy’s view, nationalism was representative of the desires and ambitions of a group of people within a certain geographical area, as opposed to people uniting on the basis of class. Nationalism thus emphasised the placing of one’s country’s interest over the interest of the rest of the world. There was a time in the 19th century, when countries were still isolated from each other, when nationalism was a historic necessity, under whose banner people came together and humanity progressed.

However, he believed, it had now become a selfish, narrow-minded “antiquated cult”, and the world should progress towards internationalism and international cooperation. The ambitions of different nations began to conflict with each other, contributing to an exaggerated and irrational form of nationalism, which manifest itself in the rise of Fascism and Nazism, eventually leading to the Second World War. Nationalism, in Roy’s eyes, had thus become a synonym for revivalism, whose advocates were consigned to glorify the past and advocate for a return to the bliss of the middle ages and a simpler life.

Rabindranath Tagore, the composer of the Indian national anthem, had even more radical views on nationalism. He believed that a fervent love for the nation represented a conviction of national superiority and a glorification of cultural heritage, which in turn was used to justify narrow-minded national interest. Writing in 1917, Tagore said, “when this organisation of politics and commerce, whose other name is the Nation, becomes all powerful at the cost of the harmony of higher social life, then it is an evil day for humanity.” He thus cautioned against such an exclusionary and self-aggrandizing form of nationalism that was based on a hate culture against an imagined or actual Other, who was viewed as the enemy.

On the other hand, the revivalists focus on the glory of ancient India, going back to the Aryan race as the building block of the Indian civilisation. This takes the form of cultural nationalism, where anyone celebrating “Western” festivals such as Valentine’s Day or even couples merely holding hands are to be ostracised and attacked. As religious nationalism, it endorses the two-nation theory, which envisages a nation under Hindu rule, a Hindu rashtra in Akhand Bharat (a United India).

This is premised on the belief that only a Hindu can claim the territory of British India as a land of their ancestry, i.e. pitribhumi, and the land of their religion, i.e. the punyabhumi. As Vinayak Damodhar Sarvakar propounded, “Hindu Rashtra (state), Hindu Jati (race) and Hindu Sanskriti (culture).” Muslims and Christians are viewed as foreigners, who are not indigenous to the territory of India, and whose religion originated in a separate holy land.

At this point, I would like to share my personal background. My maternal grandfather was the President of the Hindu Mahasabha in the 1940s, and the first literature that I ever encountered in my school days was Sarvarkar’s writings. Writing in 1938, when Hitler was on the rise, Sarvarkar justified Hitler’s policies towards the Jews and driving them away from the motherland. He said, “A nation is formed by a majority living therein. What did the Jews do in Germany? They being in minority were driven out from Germany.”

I am not sure whether his views changed after World War 2, and when the extent of the holocaust came to be known. Sarvarkar further believed that minority groups must lose their separate existence and separate identity if they want to live in India. Roy, unsurprisingly, was critical of such views. While discussing the declaration made by the President of the Hindu Maha Sabha that “the majority is the nation”, Roy said that it sounds quite in “tune with formal democracy”, but in reality “particularly in the prevailing atmosphere of Indian politics, it means that in a nationally free India the Muslims, constituting nearly 1/3rd of the population, will have no freedom”.

Unfortunately, we read about reports where the CBFC, our “censor board” has refused to certify a movie such as Lipstick under my Burkha, because it was “lady oriented”, contained “sexual scenes, abusive words, audio pornography”; deleted the line “mann ki baat” from the upcoming movie Sameer because that is the name of the Prime Minister’s radio show; and demanded that the Hanuman 11 Chalisa be muted from a scene in Phillauri, because it failed to ward off the ghost.

How can you forget that in Udta Punjab, a Adult-only certified movie, the Censor Board demanded 94 cuts (based on 13 suggestions), including deleting the name “Punjab”, deleting certain abuses and deleting the words “Election”, “MP”, and party worker”. If this is not an assault on the freedom of speech and expression, then I don’t know what is. The freedom of the press is part of the freedom of speech guaranteed under Article 19(1)(a). This is because a free press is essential to disseminate different views, and promote democratic ideals.

More importantly, today, when mass-communication and digital media have become prevalent, the media assumes an even greater importance in playing the role of the opposition and checking facts. In fact, no other institution wields as much power and influence on public opinion as the media.

However, in recent times, a section of the media, through its biased and one-sided reporting, has unfortunately aided in the restriction on free speech. A news channel airs false and doctored footage, while others openly flame the fans of this patriotism and anti- national debate. It is ironic that the media, which played a critical role in asserting its right to free speech during and after the emergency, and in the process helped develop our Article 19(1) jurisprudence, is now the institution that is compromising and challenging the same freedom of speech of the dissenters today.

We also have social media, where online trolls and threats of rape and murder are regularly made against people supposedly making anti- national statements. I am left to ask myself, which part of Indian culture permits or promotes the making of such statements threatening a girl with rape or murder. Who are these people on Twitter and other social media, who take comfort in their anonymity to make such aggressive threats against individuals?

“Speak, this little time is plenty Before the death of body and tongue Speak, for truth is still alive Speak, say whatever is to be said”