From People’s Bank to a Corporate Slave – Where is the SBI headed? 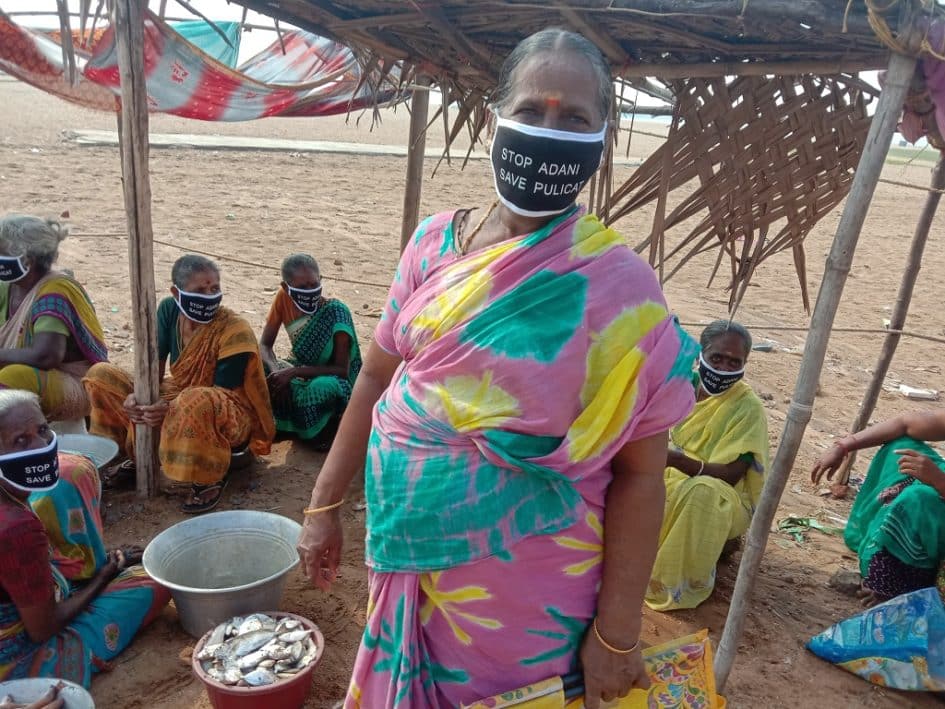 The recent deal between Adani Capital and the State Bank of India has raised eyebrows. State Bank of India was known as the people’s bank, and it could rightly claim that it was ‘the largest bank serving the smallest man.’ Since the year 1991, things have changed. Small credit in SBI has declined. SBI has been fined a few times by the Reserve Bank of India, which was earlier unheard of. SBI has not refunded Rs 164 crore collected from financial inclusion accounts, which has been criticized. There is a worldwide campaign against loans to the Adani Group for their coal project financing in Australia. When the SBI joined the Jio Payment Bank, it was called the camel into the tent. Now the deal with Adani Capital is seen as SBI caving in too much to corporate interests. SBI has already burnt its fingers by financing Anil Ambani’s Group. No doubt, as the biggest bank in India, it cannot stop lending to the corporates. Yet, SBI was known as a model lender. SBI Capital Markets Limited is the biggest mobilizer of consortium lending. However, should SBI get involved with deals like this? Only recently, one former Chairman of SBI was arrested and let go on bail. Another former Chairman is on the boards of Tata and Reliance.

State Bank of India, the largest lender in the country with a customer base of 45.92 crore, a branch network of 22,219 branches, and 2,45,652 employees has entered into a deal with Adani Capital, a private limited company (Non Banking Financial Company) with just 63 branches, in 6 states with 738 staff for increasing its lending to the farm sector!

SBI had an agreement in 2017 with Reliance Jio Payment Bank.  SBI claimed that this would allow them to reach a larger number of Jio users. However, SBI has not achieved anything substantial out of this deal.

Why did SBI get into such a bad deal?

As per the press release of SBI dated December 2, 2021, SBI has signed a master agreement with Adani Capital Private Ltd, the NBFC arm of Adani Group for co-lending to farmers for purchase of tractors and farm implements, to increase efficiency in farm operations and productivity of crops. SBI is actively looking at co-lending opportunities with multiple NBFC’s for financing farm mechanisation, warehouse receipt finance, farmer producer organisations etc for enhancing credit flow to double the farmers’ income, stated the SBI release.

The question is why SBI has to get into an agreement with such a small company when SBI already has 22,219 branches. SBI already has Rs 1.37 crore ‘farmers credit accounts’ and an outstanding farm credit of Rs 1,96,268 crores. It has supply chain credit with 28,000 dealers, 14,000 vendors and various companies. SBI also has 71,968 Business Correspondents outlets (as of March 2021).

As per the Business Line issue dated Oct 26, 2021 the Adani group has an outstanding loan of Rs. 1,56,115 crore. So Adani Group is the most indebted company, as stated in the Credit Suisse report.

National Securities Depositories Ltd reported in May 2021 that it froze the accounts of 3 Mauritius based companies which owned Rs 43,500 crore equity in Adani Group. (The Adani group disputes that.)

The group keeps borrowing more and more to keep itself afloat.

Adani Capital started its operations only in 2017. It has a capital of just Rs 20 crore. It has only 63 branches with 738 employees in 6 states namely Maharashtra, Gujarat, Rajasthan, Karnataka, Uttar Pradesh and Tamilnadu. It has just 28,000 customers with an outstanding loan of Rs 1292 crore and a gross NPA of 1.38% already. Not only that, but it also has a loan limit of Rs 1476 crores from SBI, PNB, Indian Bank, Canara Bank, PSB, Union Bank, Central Bank, BOI, SCB, DBS, ICICI, Axis, IDFC, Yes Bank, Karnataka Bank, Federal Bank, HDFC and NABKISSAN. While Adani capital is borrowing left and right from everywhere, it has not been able to utilize its own current credit limit.

In no way, Adani Capital is going to help SBI to increase farm credit. But it can use the name and infrastructure of SBI to approach the farmers. The Adani capital will influence the branch managers of SBI to provide credit to the farmers and advise them about what to grow, where to sell, where to store and dictate them using SBI as its trump card. The NPAs will definitely increase soon, corruption will enter into lending because of these brokers. The farmers will be at the mercy of Adani. The farmers could get the farm laws withdrawn, but can they prevent the clutches of Adani, coming through SBI, which is the largest lender to the farmers?

Adani capital will be using the bank’s money to have control over farmers similar to what existed before nationalisation.  Those days the moneylenders were the dealers of fertilizers, pesticides and seeds and also purchaser of the farm outputs at rates decided by them.

The Board of State Bank of India which now does not have an Officer Director and Employee Director will have to seriously look into the loans already given to the Adani group, their balance sheets and real profitability. It will not be a surprise if the Adani Group fails overnight, just like the Videocon Group which had 13 companies or Vijay Malaya’s Groups.

Similarly, a review of Jio Payment Bank is urgently needed. Like Anil Ambani’s Reliance Capital, this can also collapse. There is no guarantee that the Mukesh Ambani group will not collapse.

The employees and the trade unions have to oppose the Adani deal on its merits and refuse to lend to farmers through Adani Capital. Instead, they should give direct loans. They already have tie-ups with tractor dealers. They should not be a party to the modern day moneylender Adani using the bank’s money to have control over farmers.

SBI has to remain the ‘People’s Bank.’ It has to review its functioning thoroughly. The customers are not happy due to poor service at branches where there is an acute shortage of staff. Giving loans to non banking financial companies which are modern day ‘Shylocks’ is bringing a bad name to SBI. The employees are unhappy with the Career Development System (CDS) which they call a career destruction system. There is a huge cry against cross-selling which has led to unethical ‘misselling.’

SBI has a glorious past. One of its former Chairman Shri R.K. Talwar could stand up against Shri Sanjay Gandhi and Shri Pranab Mukherjee when he was asked to favour a borrower. SBI investing in Yes Bank and making it one of the competitors of SBI was also not a wise idea. The largest bank in the country and the largest bank in the world in terms of number of branches and staff has to once again become a role model.

As a public sector bank, SBI’s role is that of the state which is a sovereign, socialist, secular, democratic republic and to secure for all its citizens, justice, social, economic and political; equality of status and opportunity. Therefore, it has the obligation to uphold the principles of a welfare state spelt out in the constitution of India. It cannot become a slave to the corporates and serve their vested interests.

Thomas Franco is the former General Secretary of All India Bank Officers’ Confederation.

Centre for Financial Accountability i