From Raia to Rohingya: The Politics of Intolerance 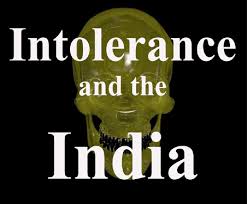 Goa‘s social harmony suffered a severe blow this week after an aggressive minority of local residents positioned themselves as adamant opponents of a proposed Muslim graveyard (kabrastan) on the Sonsoddo hillside. There are certainly some legitimate grounds for this conflagration of ire: the designated site is a last verdant patch surrounded by development, and was acquired with obviously inadequate compensation to the original tenant.

But, completely unacceptable is the overtly anti-Muslim tone and tenor of some of the loudest complainants, who voiced vile arguments of the kind that citizens of India‘s smallest state have never tolerated. There is no excuse for this nonsense to start up now, and it is imperative that the state regime act decisively to end it immediately.

All Goans are legitimately proud of their homeland, have remained conspicuously tolerant and liberal in its social and cultural make-up, even as much of the rest of the subcontinent lurched back and forth into communal tension and violence throughout the 20th century. That outstanding record remains largely intact even in a 21st century India that Pew Research Centre ranks a disgraceful fourth-worst in the world for religious intolerance, in its Social Hostilities Index, which factors in “hate crimes, mob violence, communal violence, religion-related terror, use of force to prevent religious practice, the harassment of women for not conforming to religious dress codes, and violence over conversion or proselytizing”. It is particularly shameful to note the only countries rated lower — Syria, Iraq and Nigeria — are suffering armed sectarian insurgencies.

It is true India’s contemporary politics of intolerance targets Hindus almost as much as Muslims, but the victims are Dalits. According to the National Crime Record Bureau, there is a hate crime against a Dalit every fifteen minutes. The total has sky rocketed 66% over the past decade. So-called “retributive” rapes of Dalit women doubled in the same time frame. This systemic curse has always bedevilled India, but there is no doubt the current national political landscape has made things much worse. Paul Divakar of the National Campaign for Dalit Human Rights notes “most atrocities … are by upper castes having some political protection. The data clearly shows the rise of violence against Dalits has a direct connection with the rise of BJP in power”.

Target Dalits at home, and Muslims everywhere. That bottom line of India’s current policies was brought home again this week by the Union home ministry’s extraordinary affidavit to the Supreme Court alleging “serious national security threat/concern” that justifies mass deportation of 40,000 (majority Muslim) Rohingya back to Myanmar, where the community faces a sustained military campaign the United Nations calls “ethnic cleansing”. The opposing lawyer Prashant Bhushan says the government is trying to distract from its real intentions, because “this is clearly a case of religious discrimination and an attempt to arouse an anti-Muslim feeling”.

India’s hospitality to communities fleeing intolerance is perhaps its greatest civilizational attribute. Countless refugees can attest to this munificence, from Parsis who sought safety over 1,500 years ago, to the Dalai Lama who took refuge in 1959. Regimes come and go, but the defining ethos of a people is precious and deserves protection above all. In a few days, the Supreme Court will rebuff the government in its inhuman and immoral campaign to expulse the Rohingya seeking sanctuary in India. That is exactly as it should be. Similarly, the rampant anti-Muslim prejudices being voiced by Sonsoddo kabrasthan opponents must come to an end without delay, with zero tolerance offered by either state or society. There is much more at stake than just a cemetery on a patch of green hillside opposite an overflowing garbage dump.http://timesofindia.indiatimes.com/city/goa/from-raia-to-rohingya-the-politics-of-intolerance/articleshow/60800719.cms