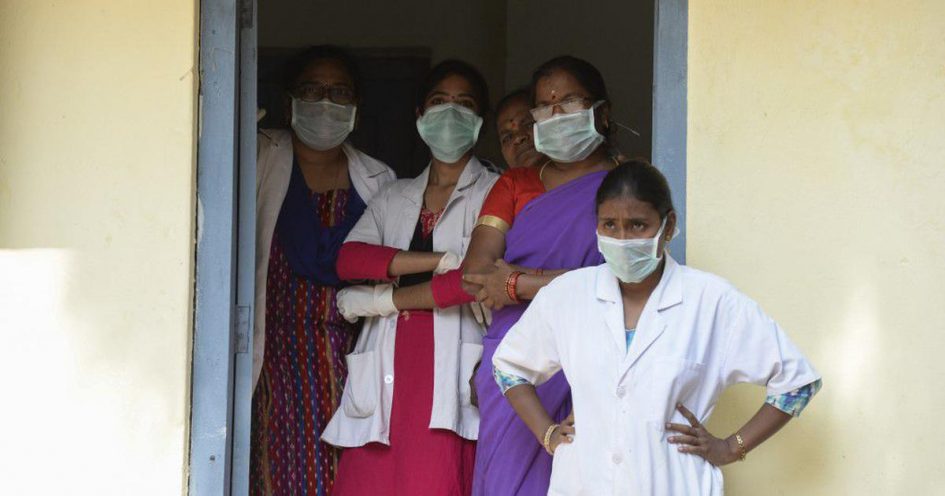 Doctors say they wrote to the health ministry demanding protective equipment a month ago, but there has been no movement.

A key part of Prime Minister Narendra Modi’s call for a self-imposed janata curfew or people’s curview on Sunday involves Indians taking to their balconies at 5 pm to clap, bang utensils or ring bells to express their gratitude to those providing essential services, particularly medical professionals, during the coronavirus crisis.

This is an attempt to emulate organic rounds of daily applause that have broken out in several European cities under lockdown with the same intention.

While many Indians have expressed appreciation for the prime minister’s effort to send thanks to medical professionals, those on the front lines of this challenge took to social media demanding much more than just applause.

Almost all of the lessons derived from other countries that have had to deal with a huge spurt in coronavirus cases, beginning with China way back in December to a number of European nations in February, has been the need to prepare the medical system to deal with the deluge of patients.

Covid-19, the disease caused by the virus, may have a mortality rate of 2%-3% – far higher than the ordinary flu. But that figure is itself contingent on the healthcare system being able to devote resources and attention to a large number of patients.

Take the question of personal protective equipment or PPE as it is known. These are the full-body suits needed to ensure that medical professionals do not themselves end up contracting the virus as they seek to treat patients.

If they do get the virus, the blow is a double-whammy – the doctors, nurses and other staff would themselves have to either be treated or go into isolation, thereby putting an even bigger burden on an already overwhelmed health care system.

A shortage of PPE was, among the reasons that healthcare workers have in some cases been infected.

“Doctors are the first point of contact and we need the protective gear to stay safe,” Dr Harjit Singh Bhatti, the National President of the Progressive Medicos & Scientists Forum, told the Quint. “Just the other day a doctor in Lucknow tested positive, and he and his entire team have been quarantined.”

This is where the question of applause not being adequate comes in.

The report goes on to quote a health ministry official passing the buck to the textile ministry, saying the responsibility to produce this material lies with them.

“We have written several times to the health ministry from February 12 onwards and met many of them too,” said Protection Wear Manufacturers Association of India chairman Dr Sanjiiiv on March 21. “You can imagine their sense of urgency when they still haven’t managed to come out with specifications, over a month later.”

Similar fears are being expressed by those aware of the nature of critical care in India. Treatment of those with Covid-19 heavily depends on access to Intensive Care Units, with ventilators.

While the government has approved a plan to ramp up production of ventilators in the country, an Economic Times report also pointed out that the ban on international flights as well as shutdowns in other parts of the world have meant that critical components to assembly more equipment may not reach India. In other countries, the governments have themselves placed orders for ventilators – Germany has ordered 10,000, while Italy is hoping to buy 5,000.

“The ventilator crisis will come up if and when India reaches the number as Italy’s,” Lifeline Biz MD Vineet Acharya told the Economic Times. “Let’s hope we don’t reach the Italy numbers, because then we are in big trouble.”

Aryan Khan isn’t a show to enjoy. NDPS is a weapon vengeful state could use on you or your kids
India - Are Elections Reinforcing Our Short Termism?
Over 30,000 children orphaned, lost a parent or abandoned due to COVID, NCPCR tells SC
Irom Sharmila - चाहती हूं शादी करना, वोट डालना भी, पता नहीं कब..