The police had filed a complaint in the aforementioned case, but nobody had been arrested as yet, compelling the victim to seek permission for euthanasia.

Lucknow: A Dalit gangrape victim from Agra has tweeted to UP Chief Minister Yogi Adityanath and Director General of Police (DGP) Sulkhan Singh, seeking permission for mercy killing. The Opposition quickly swung into action, questioning the law and order situation in the Yogi Adityanath government.

“I am a Dalit girl and I was gang-raped on May 2, 2017, but no action has been taken till date. Kindly give me justice, else give me permission for Mercy Killing,” the girl tweeted. 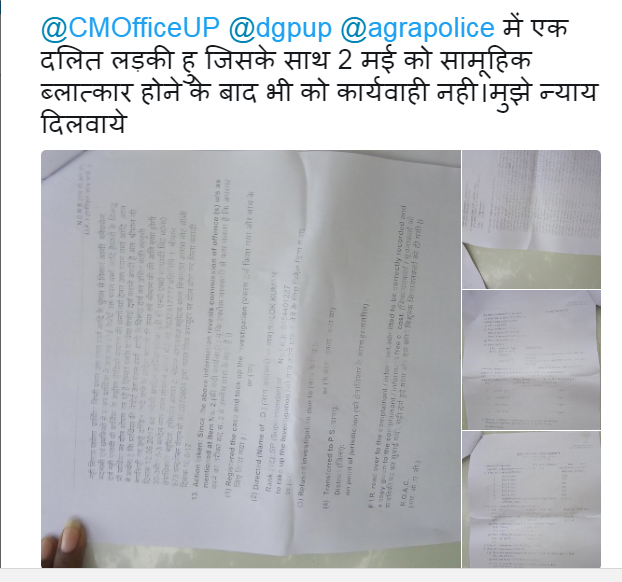 The police had filed a complaint in the aforementioned case, but nobody had been arrested as yet, compelling the victim to seek permission for euthanasia. The girl has also met Justice Ram Shankar Katheria, head of SC/ST Commission, and asked for justice. Justice Katheria assured the victim of justice in the case.

Speaking to News18 Sajan said, “This is a result of four-month-old government’s work in Uttar Pradesh that people are forced to ask for Mercy Killing in the state. The current law and order situation has absolutely gone out of the hands of the government. The sisters and daughters are not safe in Yogi’s regime; there are hundreds of incidents which never came in the media. The tweet of the victim girl shows the insensitivity of the government