George Galloway has claimed the Indian Prime Minister “has blood on his hands” as he visits the UK for talks with David Cameron. 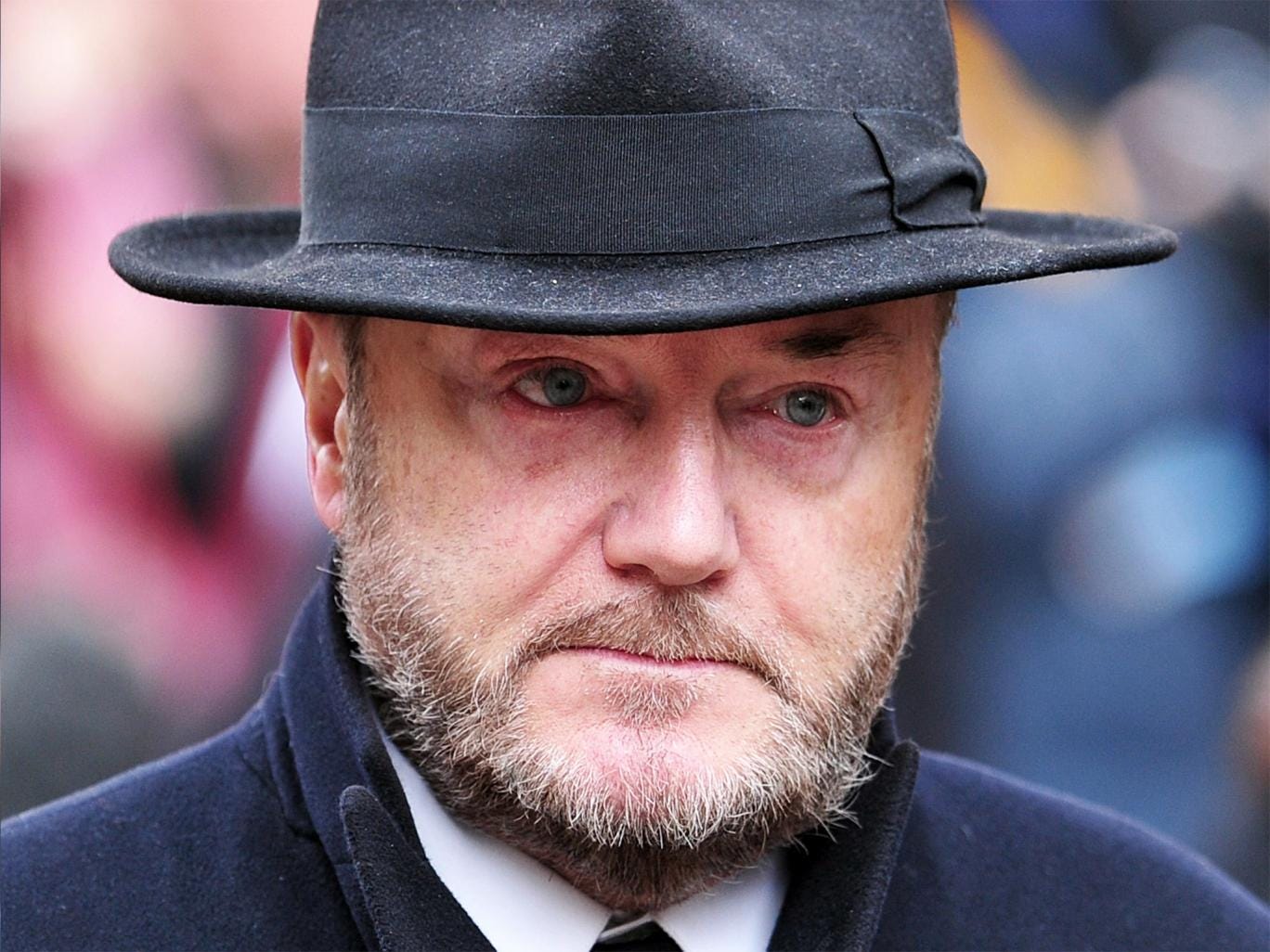 The London mayoral candidate joined a crowd of protesters stationed outside Downing Street, waving Indian flags and banners reading “Modi not welcome”, “stop religious persecution” and “shame on you Cameron”.

“Modi is not welcome in London,” Mr Galloway told LBC radio as demonstrators chanted behind him.

“All the minorities of Indian descent here are saying that the blood of their people in India is on his hands. No red carpet for Modi – the red stands for blood.”

Mr Cameron welcomed Narendra Modi to his home today, shaking hands outside the front door outside before starting talks.

It is the first time an Indian Prime Minister has visited the UK in a decade, with Mr Cameron seeking to strengthen ties between the countries. 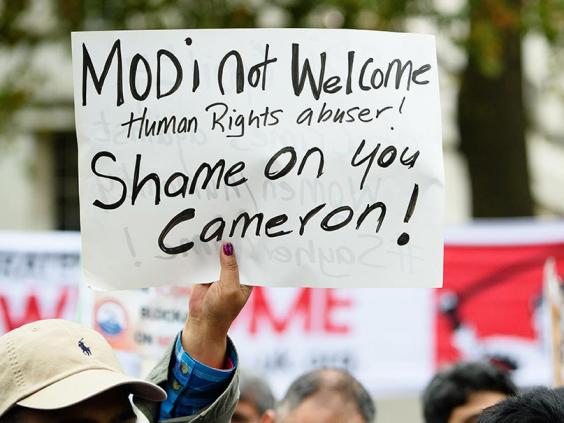 Mr Modi had to be taken into Downing Street on foot through the Foreign Office to avoid the protests and a police cordon was in place as helicopters circled overhead.

His visit has been dogged by controversy, with human rights groups voicing concern over religious intolerance and Hindu extremism in India, as well as Mr Modi’s record as the chief minister of Gujarat state.

The UK government refused any contact with him for a decade following his alleged failure to quell rioting that saw hundreds of Muslims killed in 2002.

Mr Modi was cleared of complicity in an Indian government investigation in 2012 but critics accused him of condoning the violence after he refused to apologise. 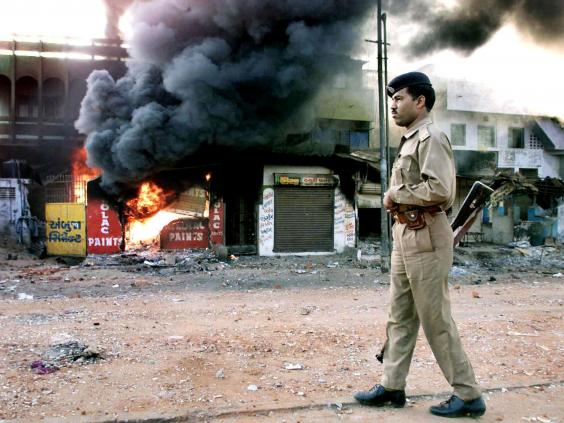 An Indian policeman looks on as a row of shops burn in Ahmedabad during the 2002 Gujarat riots.

As leader of the BJP party, characterised by some as Hindu nationalists, he has also been blamed for allowing rising religious intolerance and extremist attacks.

More than 200 writers, including Ian McEwan and Salman Rushdie wrote an open letter asking Mr Cameron to raise concerns about threats to freedom of expression in India following the recent murders of intellectuals and journalists.

Amnesty UK called on the Prime Minister to raise human rights issues including the Indian government’s banning of thousands of NGOs, including Greenpeace, since Mr Modi took office.

Mr Modi is also due to visit Chequers, address Parliament and meet the Queen at Buckingham Palace during his visit.

He said he aims to “strengthen cooperation with a traditional friend” after Mr Cameron branded the visit an “historic opportunity” for India and the UK.