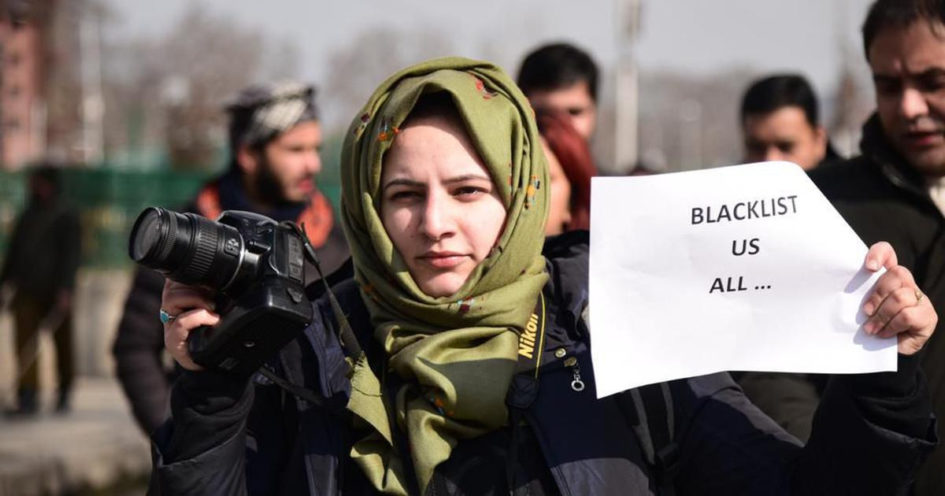 The communication joins a list of growing chorus by global bodies and international watchdogs against the worsening press freedom scenario in India. 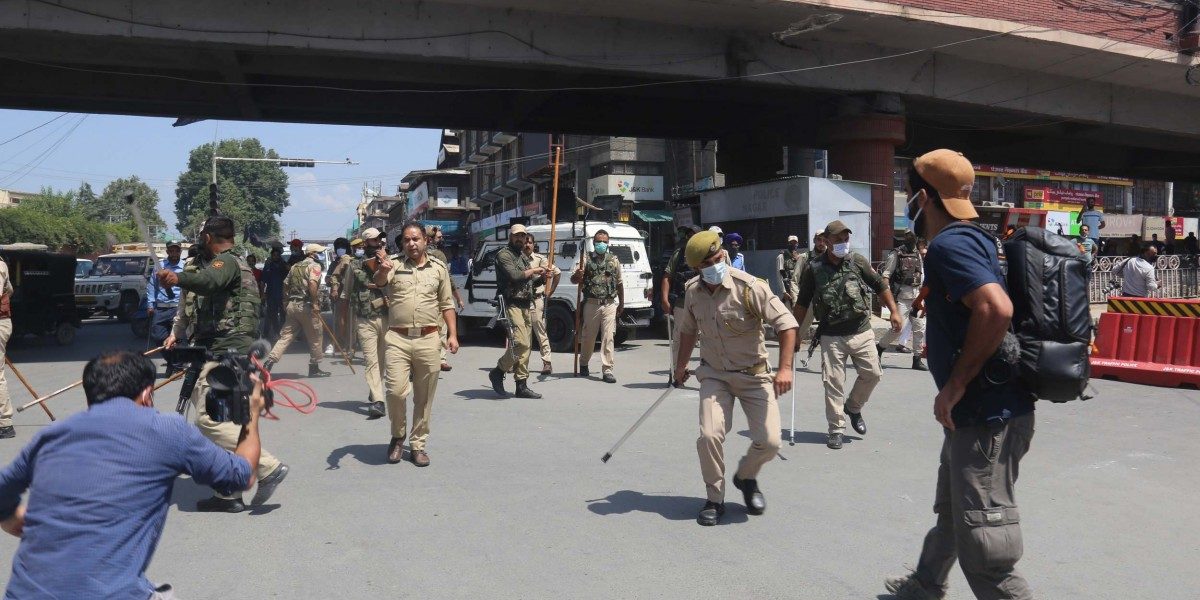 Srinagar: The UN Special Rapporteur for protection of right to freedom of expression’s “serious concerns” over the reports of arbitrary detentions and intimidation of journalists in Kashmir is the latest in what has been a global spotlight on Jammu and Kashmir’s lack of press freedom.

The communication, sent to the Indian government on June 3 earlier this year, was made public on Wednesday, August 25.

The letter takes note of alleged incidents of harassment meted out to Kashmiri journalists Fahad Shah, Qazi Shibli, Sajad Gul, Auqib Javeed and also raises the issue of closure of the office of the Kashmir Times newspaper.

“We express serious concern at the reported acts of harassment and seemingly arbitrary detention and criminal proceedings and detentions levied or imposed against the aforementioned journalists, which is reportedly related to their journalistic activities on the situation in Jammu and Kashmir,” the letter reads.

The communication joins a list of growing chorus by global bodies and international watchdogs against the worsening press freedom scenario in India. In 2021, India was ranked 142 at World Press Freedom Index making it the one of the least free countries in the world for journalists.

This year, The Wire broke out stories how an unknown entity in India used military grade spyware to access handsets of several well known journalists in the country.

J&K has been marked out uniquely by global bodies who accuse government of relentlessly persecuting reporters and editors in the region, particularly after August 5, 2019 when the former state’s special status was read down.

This week, Reuters Institute for the Study of Journalism published a damning paper titled ‘Killing the story: How the Kashmiri press was silenced after the region lost autonomy.’ The paper traces the strategies and methods applied by the Union government for months before and after the reading down of Article 370, resulting in the total muzzling of media in Kashmir.

The UN letter states that should the Indian government fail to respond within 60 days, the communication will be made public via the communications reporting website and subsequently be made available in the usual report to be presented to the Human Rights Council. The Union government’s lack of response is perhaps why the letter is now available to the public.

The letter raises the issues pertaining to registration of various FIRs against The Kashmir Walla, whose editor Fahad Shah has been summoned numerous times by the police in the region.

The letter has questioned the ‘arbitrary detention’ of journalist Auqib Javeed, an independent journalist. It notes how Javeed, who reported about the alleged intimidation of young social media users in Kashmir over tweets critical of the Narendra Modi government’s policies in the region, was summoned to Cyber Police Station in Srinagar and interrogated.

The letter also mentions how J&K police thrashed Javeed and confiscated his electronic devices without a warrant while denying him legal representation.

Pertinently, on August 26, Chief Justice of India N.V. Ramana took note of the “disturbing trend” of police siding with the political parties when they are in power.

The letter also takes note of FIR against journalist Sajad Gul who reported about a demolition allegedly in absence of necessary permissions taking place in north Kashmir town of Hajin in February 2020. The letter summarises what appears to be a retributive response from the police, which includes damage to Gul’s property and an FIR.

Similarly, the report also regrets the alleged mistreatment of Qazi Shibli, editor of the Kashmiriyat and the cancellation of the allotment of a building to the Kashmir Times newspaper, leading to the closure of its Srinagar office.

“We are also particularly concerned that some of the above journalists seemingly did not have access to legal representatives while in detention, in apparent contravention of the right to counsel and to a fair trial under international human rights law,” the letter reads.

“We are deeply concerned that these alleged violations of the rights to freedom of expression, privacy, and to a fair trial and defence guarantees may be part of a broader pattern of silencing of independent reporting in Jammu and Kashmir, which in turn may ultimately deter other journalists and civil society more broadly from reporting on issues of public interest and human rights in the region.”

The letter also sought information about the measures the authorities were taking to ensure that journalists and human rights defenders in Kashmir are able to “carry out their peaceful and legitimate work in a safe and enabling environment without fear of threats or acts of intimidation.”

The signatories to the letter are, Irene Khan Special Rapporteur on the protection of the right to freedom of expression, and Elina Steinerte Vice-Chair of the Working Group on Arbitrary Detention.

This is not the first time that the UN body has called out India for excesses against Kashmiri journalists. Last year in July the office of United Nations High Commissioner had been the one to express “serious concerns” over criminal proceedings and investigations initiated against four well known journalists in the region.

The July communication too was made public after the Modi government failed to file a response within the stipulated time.

“India is a member of UN Human Rights Council as well as UN Security Council. So it has to commit to upholding the principles of the UN system,” Meenakshi Ganguly, South Asia Director, Human Rights Watch told The Wire.

“In addition, India wants to be a permanent member of UNSC. So when it chooses to ignore the communications from UN special mandate holders, that runs counter to its commitments when it takes these roles.”

Journalists in Kashmir have frequently reported manhandling at the hands of authorities. Earlier this year photojournalists Saqib Majeed and Shafat Farooq alleged that police misbehaved with them when they were covering a protest at Jamia Masjid Srinagar.

Last year, a senior officer was accused of thrashing journalists Mudasir Qadri of News 18, Fayaz Ahmad of ETV Bharat and Junaid Ahmad of TV9 who were covering the District Development Council elections in South Kashmir.

This year in April, video clip shows members of security forces hitting photojournalist Qisar Mir as they chased away reporters during a gunfight site in Pulwama.

Later, J&K police said that they would bring charges against photojournalists and media professionals who approach the scene of gunbattles, cover clashes between police and protesters or publish news that promotes “anti-national” sentiment.

Earlier this month, journalists covering Muharram procession alleged they were clubbed by members of police force. However, this time, in rare action, police removed the officers who were caught on camera thrashing the scribes.

Journalists in Kashmir are always gripped by apprehension as to what measures the government may take next against them. This year, some in the law enforcement even claimed that the J&K administration was the victim of an overarching and transnational “fake news” campaign of which journalists in Kashmir were a part. The basis of this proposition was a seemingly inaccurate detail about one detention case in Kashmir reported by a national newspaper.

The idea that executive wings of an unelected government, with fewer checks and balances, are arrogating to themselves the right to arbitrate over what constitutes “fake news” punishable by law has become a very contentious debate in Kashmir.