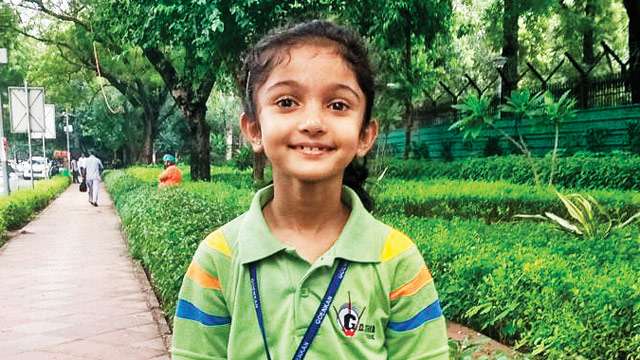 A 7-year-old girl’s plea to stop the demolition of a 30-year-old children’s park in her neighbourhood by the Delhi Development Authority (DDA) provoked a strong response by the Delhi High Court on Wednesday.

In its order, the bench said, “DDA cannot convert a park into a construction (sic).You are playing with taxpayers’ money. Imagine if your officer’s house is converted into a community hall or a wedding centre? Parks are parks. Do not turn them into community centres.”

The petition filed by Navya Singh, with the help of her advocate father Dheeraj Kumar Singh, states that “the park in question is also shown as a park in the layout of Rohini Sector 8 prepared by DDA more than 30 years ago, and since then this park was used by [the] public at large.” It expresses that the DDA’s decision to arbitrarily convert it into a community centre is “a clear-cut example of poor planning and an example of wastage of public money.”

Navya’s plea sheds light on how the green belt park of Rohini Sector 8 is slowly being converted into a concrete jungle by reducing the area of the parks in the vicinity.

“It is pertinent to mention here that more than 30% of DDA’s Hanuman Mandir park Sector 8 is already encroached by some people and DDA allowed a huge mobile tower in the park by removing several children’s playing equipments (sic),” reads the plea.

The loss of parks has severely affected the residents, especially the children. The petition points out how, despite the availability of a vacant plot of DDA land in the area of the proposed community centre, the agency decided to destroy the park.

The DDA had invested money in March 2016 to build an open gym at Hanuman Mandir Park. The HC’s stay order demands an explanation from the authorities on why the park was the only place it could find to build a community centre. A notice was issued to the lieutenant-governor and the North Delhi Municipal Corporation on the plea to restrain them from “destroying the park”.

The court will address the matter on September 18 again, after the agency files answers to its queries.

Casteist India is becoming for Dalits what Western Europe was for Jews
25 years after Babri fell, Mumbai riot victims’ families give up hope
India - Remove secrecy surrounding mercy petitions #DeathPenalty
Blue and Red Flags for a New Era of Struggle