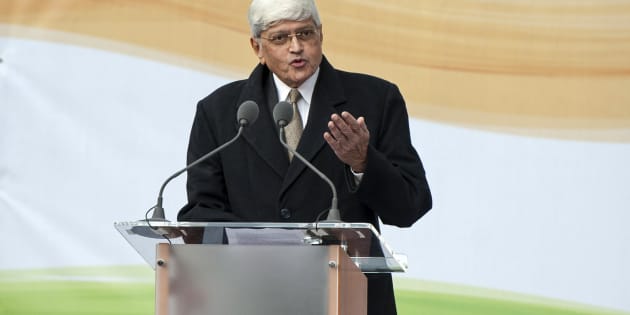 Over the last few weeks, Gopalkrishna Gandhi, Mahatma Gandhi’s grandson and former West Bengal Governor, has faced a barrage of attacks from political opponents, who questioned his mercy petition for terrorist Yakub Memon, who was executed in Nagpur jail in 2015, over his role in the 1993 Mumbai bombings.

The Shiv Sena had trained its guns on Gandhi for a while and yesterday Bharatiya Janata Party‘s general secretary Arun Singh questioned Odisha CM Naveen Patnaik’s decision to support Gandhi, the Opposition’s vice presidential candidate. Times Now had a entire debate on whether Gandhi would fail what they called a ‘patriot pariksha’, a test for patriotism.

“It is ironic that Patnaik has supported a person who had sought mercy for a terrorist,” Singh said. Right wing handles on Twitter engaged in a relentless campaign to besmirch his name and mocked his credentials. They implied that the mercy plea for Memon was Gandhi’s “only credentials”. Rajiv Chandrasekhar, MP, wrote in a tweet: “Filing a mercy petition for someone who was convicted for mass murder is a campaign theme to be Vice-President?” 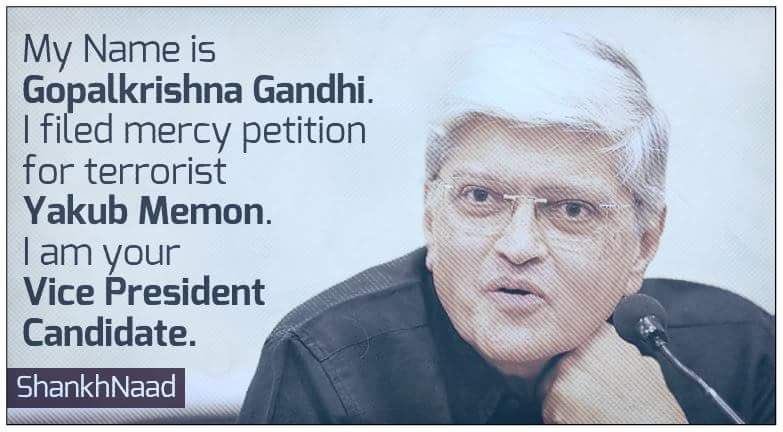 On Tuesday, as he filed his nomination papers, Gandhi had the perfect answer for his haters.

He said both Mahatma Gandhi and BR Ambedkar, a Dalit icon, were opposed to the death penalty.

“Death penalty is a death penalty, I have also written to Pakistan President for Kulbhushanji (Jadhav),” he said. “Death penalty and capital punishment belong to the medieval ages,” he added.

Former India Naval officer Kulbhushan Jadhav was sentenced to death in a Field General Court Martial in April this year on charges of spying.

“Mahatma Gandhi opposed death penalty. He fell to assassin​s’​ bullets, but his two sons appealed to the government of the day, saying that Nathuram Godse should not be hanged.”

Scrutiny of the nomination papers will be held today.

Gandhi also said he would like to reduce the gap between politics and citizens.

Read the story taken down by TOI, as BJP found it embarrassing #Censorship
Handicapped in courtesy? Hostess on delayed flight asks Paralympian to ‘chill
Poor kids rarely get free treatment in private hospitals of Delhi: study
India -Do We Need a National Digital Health Card ?