NEW DELHI: The government has indefinitely extended the deadline for mandatory linking of Aadhaar with bank accounts under the Prevention of Money Laundering Act (PMLA). 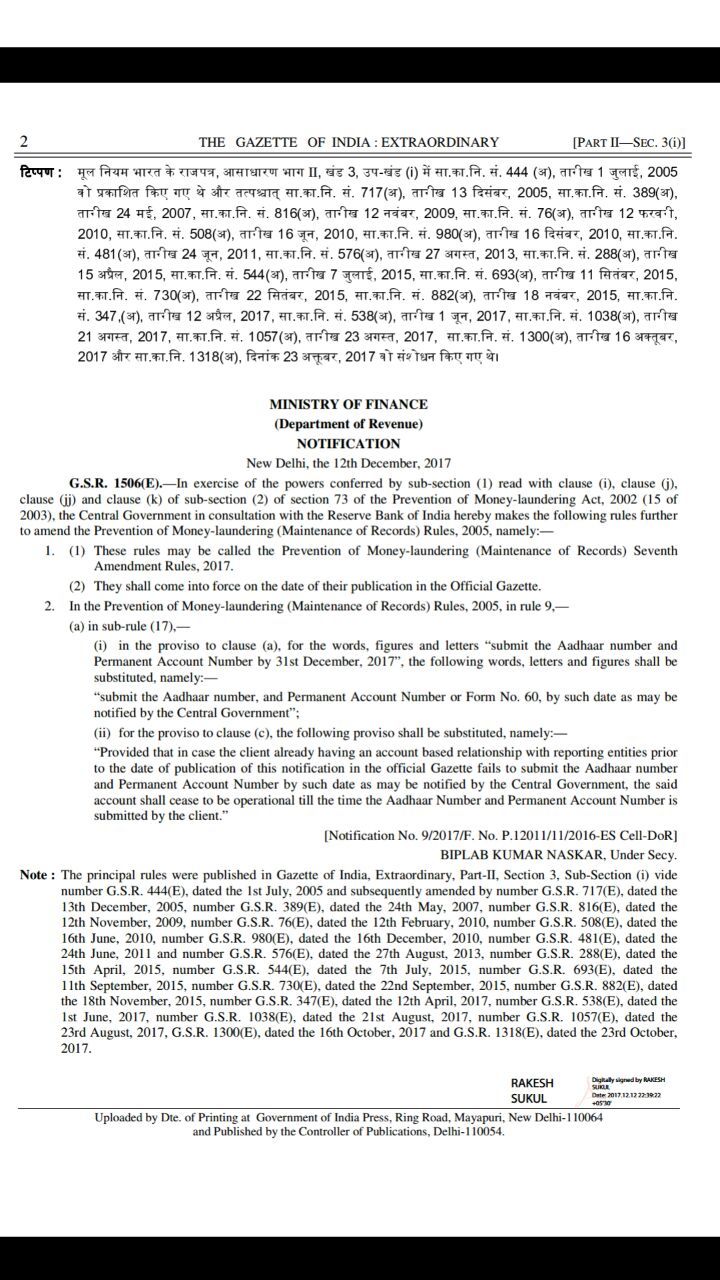 The stipulated date for linking bank accounts, mutual fund folios and insurance policies with Aadhaar had been December 31, 2017, but Wednesday’s notification keeps the deadline open-ended.

The notification by the Department of Revenue in the finance ministry effectively paves the way for extending the deadline for mandatory quoting of Aadhaar for activities like the opening of a bank account.

Last week, the Centre told the Supreme Court that it was wil Some petitioners in the top court+ have termed the linking of the Unique Identification Authority of India (UIDAI) number with bank accounts and mobile numbers as “illegal and unconstitutional”.

One of the counsel representing the petitioners had earlier said that final hearing on the main Aadhaar matter was necessary as the government “cannot compel” citizens to link their Aadhaar with either bank accounts or cell phone numbers.

Meanwhile, a five-judge constitution bench will continue hearing pleas seeking an interim stay on the Centre’s decision directing mandatory linking of Aadhaar with various government schemes and welfare measures. The Centre had on December 7 told the apex court that the deadline for mandatory linking of Aadhaar to avail various services and welfare schemes would shortly be extended till March 31 next year.