A two-week long investigation carried out by the India Today special investigation team in Chhattisgarh’s Bastar, Jagdalpur, Sukma and Dantewada reveals that the police seems to be working in close association with the new vigilante group, the Samajik Ekta Manch. 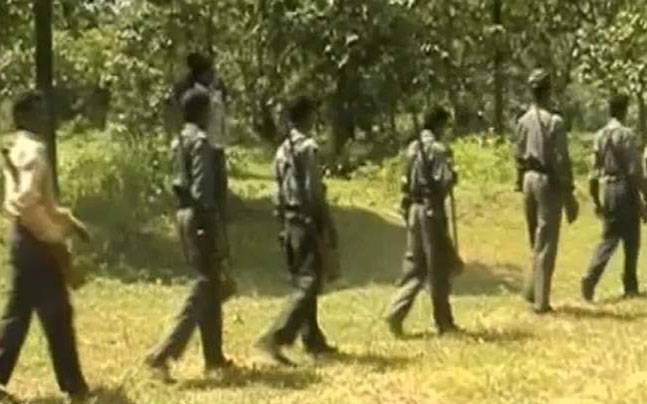 Over the past few weeks several human rights activists, lawyers and journalists have been hounded out of India’s red corridor in Chattisgarh. These ousters have been forced by protests by a six-month-old organisation called the Samajik Ekta Manch. The police claims that the Samajik Ekta Manch is a group set up by locals who are fed up with human rights activists constantly interfering in India’s battle against Naxalism.

However, a detailed investigation by the India Today Special Investigation Team shows that these protests are not spontaneous eruptions by locals, but part of a devious strategy on the part of the state police to push inconvenient forces out of the state of Chhattisgarh.

An India Today investigation shows how members of the Samajik Ekta Manch protested against human rights activist Malini Subramaniam at the Dharampura Colony in Chattisgarh’s Jagdalpur in January this year. The protesters demanded that Naxal supporters leave Chhattisgarh.

The protesters even went to the house where Malini stayed and urged the landlord not to let a Naxal supporter live in his premises. The landlord was also summoned by the police. Under pressure, he asked Malini Subramaniam to leave his house.

After a series of protests, including an attack on her car, activist turned journalist Malini Subramaniam decided to leave Bastar on February 23.

Malini is not the only activist who has been forced to leave Chhattisgarh. Protests by the Samajik Ekta Manch have forced lawyers like Shalini Gera and Isha Khandelwal also to leave the state. Gera and Khandelwal were members of the Jagdalpur Legal Aid Group or JagLAG.

JagLAG was set up in July 2013 to provide legal help to the locals of Bastar who are caught in a bloody battle between the Maoists and the security forces. Before the JagLAG came along, locals did not have access to good legal advice and were not able to effectively fight their cases. The JagLAG tried to change that. This time it was the Mahila Ekta Manch that swung into action and on February 23 this year members of the Jagdalpur Legal Aid Group were forced to leave Bastar.

The police had at that time completely washed its hands off the protests saying that these were spontaneous protests which were being led by locals who were fed up with outsiders meddling in Chhattisgarh’s affairs.

A two-week long investigation carried out by the India Today special investigation team in Chhattisgarh’s Bastar, Jagdalpur, Sukma and Dantewada reveals that the police seems to be working in close association with the new vigilante group — the Samajik Ekta Manch.

The senior most police officers in the state of Chhattisgarh even admit that the activities of the Samajik Ekta Manch are facilitated by the state police. D Shravan, superintendent of police, Sukma, even accepted on camera that the police is happy that the activists who create a nuisance have been forced out of the state.

Shravan talked about how Chhattisgarh’s previous vigilante group the draconian Salwa Judum was banned by the Supreme Court — for breaking the law and for violence against adivasis. He added that now a new vigilante group has taken its place. This one doesn’t use guns, but it’s intent is equally violent.

Samajik Ekta Manch is not the only vigilante group


“Earlier, there was the Salwa Judum. We don’t know what kind of an organisation it was. We were not involved. We do not know if they did something wrong. But the Supreme Court decided to ban the Salwa Judum. So, we are now working on a new strategy. We have started not just one Samajik Ekta Manch but many other organisations too. In case one gets banned then we have the Mahila Ekta Manch, if that gets banned then we have the Adivasi Ekta Manch. Also, the Vikas Sangharsh Samiti and so on,” said Subbarao, founder of Chhattisgarh Samajik Ekta Manch.

While speaking to India Today in Jagdalpur, Subbarao and Sampath Jha also boasted about how an international journalist was hounded out of the state.

To sum up, it can be said that the Samajik Ekta Manch is hardly an independent organisation and its members seem to be working in tandem with the local police and instead of acting against those who are taking law into their hands, the cops seem rather pleased that these activists who oppose them are being hounded out.

Hindu Rashtra to peacocks not having sex: There is no way to assess conduct of our judges
#Greece: Free speech faces abyss #FOE #FOS #Censorship #Media
11 Natural disasters Narendra Modi blessed in his first 100 days
TEPCO sued over deaths of elderly patients during Fukushima evacuation