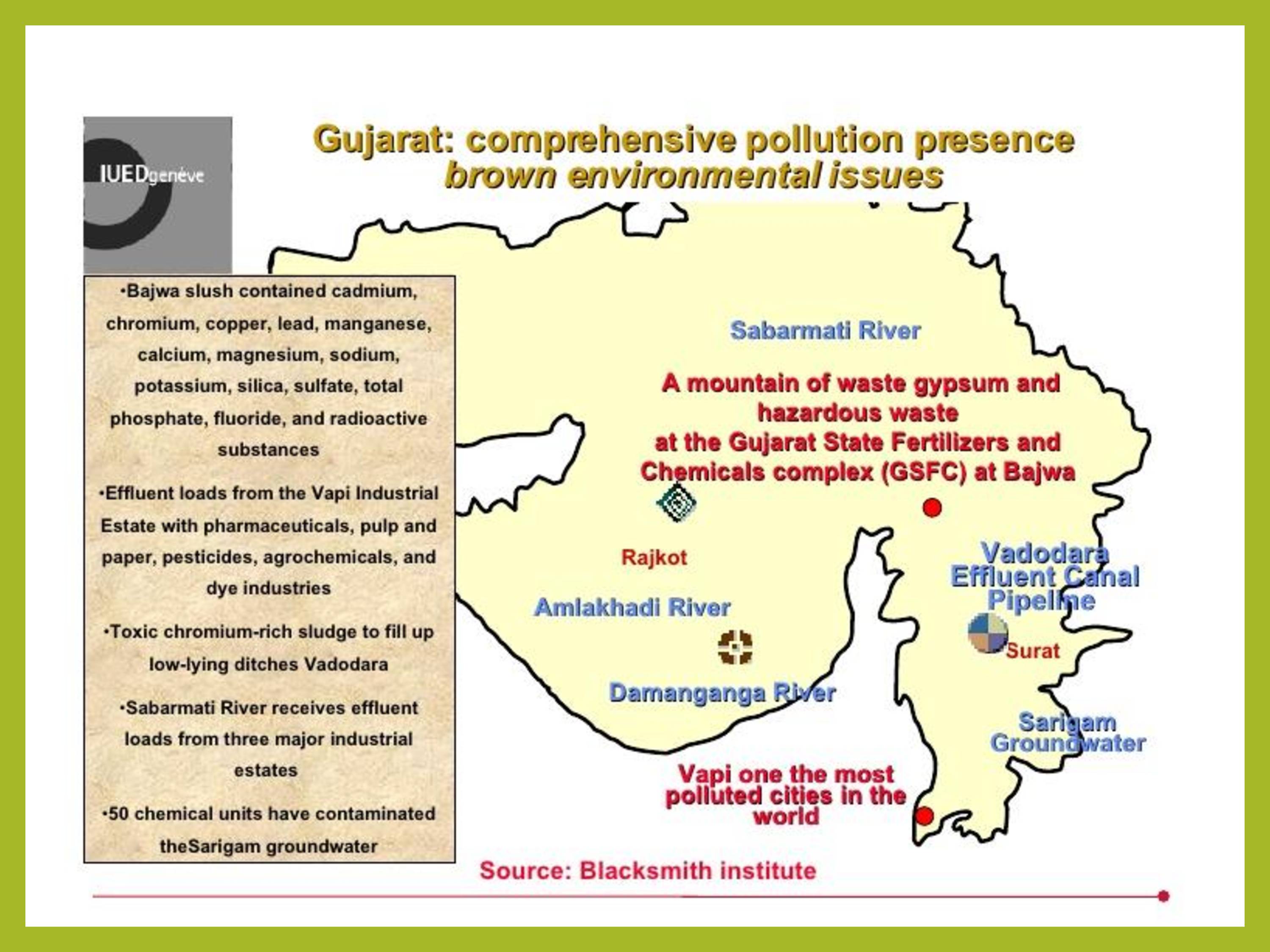 With the election fever reaching its peak, all the political parties are slamming each other over issues of religion, caste, reservations and engaging in petty one-upmanship. Their slogans and speeches brag about their virtues and the incompetence of their opponents. If this scenario persists, irrespective of the outcome of these elections, the environment of our cities and towns will continue to be criminally neglected and the quality of life of the citizens will continue to be degraded. Alternatively, citizens can choose to be well informed and forewarned about the pressing environmental issues so as to question the candidates on their outlook towards the environmental issues that are affecting our cities, including Vadodara.

Vadodara, in the last few years, has witnessed many episodes of environmental neglect and negative impacts that affect not only people but also other species.  The so-called “floods”, increase in water pollution, stink and smog in the air, traffic congestion, loss of natural vegetation cover and resulting loss of habitat, displacement of the poor from their homes and places of work, and degradation of its wetlands (jalaplavit vistaaro) , ponds, ravines, and natural areas are examples of such issues and impacts.

The so-called floods are not natural.  They take place due to bad planning and human errors. Wall-to-wall carpeting of roads may accommodate more traffic but they also reduce ground water recharge and increase storm water runoff into the nearby low-lying areas.  More paving and buildings actually damage the environment. The rain / storm water accumulation cause water logging.  Withdrawing more and more ground water and releasing polluted water into the nearest river, nala, or pond are rapidly causing severe water quantity and quality issues.

Deteriorating ground water quality with high fluoride and other contamination not only cause health problems but also will lead to water drought in Vadodara in about five years. To avoid this protecting riparian zones and wetlands and increasing water harvesting and recharging of ground water are a must.  Similarly, expansion of the city without systematic solid waste reduction and management is an open invitation to public health disaster that is experienced by the citizens of Delhi and Beijing on a regular basis.  .

Smoke, dust, smog, and stink from the industrial, vehicular traffic, and construction activities are causing very serious health hazards that, in turn, affect productivity and economy.  Not paying timely attention to mass public transit alternatives while widening more roads and building more bridges for rapidly increasing number of petroleum-fueled vehicles, not adapting innovative technologies to reduce air pollution, not punishing the polluters, and not reducing our population and material needs will keep on exacerbating the gravity of this issue.

Slums have been demolished rendering many people unemployed and homeless under the label of encroachments but new buildings have sprung up on the banks of the river and into the lakes under the pretext of development. Environmental and Building laws have been bypassed; construction permits have been awarded to buildings that encroach on rivers, ravines and lakes, thereby increasing the potential for floods and water-logging. Existing buildings, some with great heritage value (Nazarbaug Palace and Shantadevi Hospital), have been demolished and matured trees have been felled to widen roads to accommodate more cars and more construction activity. It is indeed shameful that a city that aspires to become “smart” and spends crores of public money for it is planned without inputs from qualified planners, genuine public participation, and proper contour surveys and plans.

The adhoc construction activity in the city is adding to soil, water and air pollution at an alarming rapid pace without any sound studies of requirement or demand. The Development Plan, Town Planning schemes, various permits for construction of malls, gated communities and large townships, are approved without any understanding of natural habitats or contour plans. Builders and developers dictate what kind of development occurs where, without any studies regarding need. The supply of the housing and commercial stock in the city far exceeds the needs, which has resulted in the large vacancies and unoccupied units across the city. This has had a large impact on the corporation, which is struggling to provide infrastructure and services to this under-occupied expanse of sprawl, severely impacting the quality of life of the residents.

The Vishwamitri River, its tributaries and ravines, ponds and their interconnected nalas, various types of wetlands, and associated land forms and vegetation cover are habitats for a variety of flora and fauna.  The water-soil interfaces of natural water features (such as, rivers and ponds) are vital for their survival or rejuvenation. Sadly, the riparian zones of Vishwamitri River are choking due to dumping of solid waste of all kinds.  It is interesting to note that Vishwamitri’s riparian (eco)system sustains over two dozen scheduled (protected) species such as pythons, fresh water turtles, Bengal monitors, and, of course, crocodiles are few prominent ones. Vadodara city and Vishwamitri both have gained prominence as the river of Vadodara sustains a breeding population of crocodiles and other endangered species that rarely come in conflict with the humans.

Natural environment has many values and offers many free services like biodiversity, climate amelioration, ground water recharge, recreation areas, flood control, and improvement in overall quality of life.  Vadodara aspires to have many ‘development’ projects like ‘Smart City’, lake beautifications, special use hubs, ring roads, slum rehabilitation schemes.  In this context, Vadodara has an excellent opportunity to plan and implement development projects in a manner that creates a win-win situation for its citizens’ as well as for the natural environment.

The issues raised here need to be in the center of the forthcoming election discussions and debates.  What is the stand of political parties on these issues?   Let us ask what they will do about them. Hopefully the people who elect and those who get elected both will pay much needed attention to this grave matter that affects ALL of us as well as the future generations of humans and other species.  Let this election kick off the change for the greater good.

World doctors urgently call on all states to sign and ratify the Treaty on the Prohibition of Nuclea...
Akhilesh Yadav had defiled the CM's bungalow , so for Yogi Adityanath purification ritual was held #...
Rajasthan: Half-buried farmers continue protest against land acquisition on Diwali #Hallofshame
When Ground Zero Raises a Hundred Questions