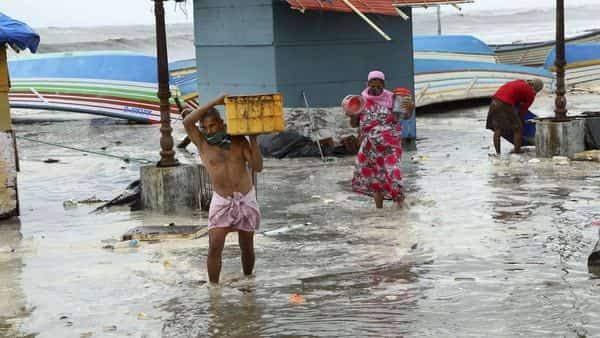 A memorandum submitted to the Gujarat government by various fisherfolk associations of the Saurashtra region of Gujarat under the leadership of Ahmedabad NGO Centre for Social Justice’s senior activist Arvind Khuman, who is based in Amreli, has suggested that the relief package offered to the fishermen affected by the Tauktae cyclone is not only inadequate, it is also gender insensitive.
Of more than one lakh fisherfolk affected in Amreli and Gir Somnath districts, nearly 40 per cent are women, who work along the coast just as the males go out to fish in the sea. All of them belong to poor families, and the cyclone has robbed these women of their livelihood, yet the government package to the tune of Rs 105 crore ignores them, said the memorandum.

In fact, said the memorandum, which demands a relief of Rs 5,000 per month for women for the next six months, those ignored include the fisherfolk working exclusively on land, involved in drying up the fish catch. Since the landing points of the cyclone at Shialbet island, Piplikantha, Jafrabad, Chanch port, Dhara port, Syed Rajpara, Nawa Bandar, Simar, Mahuva port and Katpar port were badly affected, those working on this job, including women and migrant workers, have been “ignored.”

“The lands have been eroded so much that large pits have been created which makes these lands not suitable for drying fish. Hence, a special plan should be prepared so that these lands can be restored and fishermen can do their business”, the memorandum, submitted to the fisheries commissioner, Gujarat government, said. The devastating cyclone hit Saurashtra coast in May third week this year.
Also ignored are the unregistered fisherfolk who operate boats on rent; those who have not used their boats for fishing during the last 2-3 years but their boats have been damaged; the fisherfolk that migrated to ports like Jafrabad and Saud Rajpara for employment and built huts along the coast which stand destroyed; and so on.

the government should know the extent of damage — each boat has four nets worth Rs 1 lakh each; GPS and other wireless devices worth Rs 50,000; solar panel, battery, inverter, power supply etc. worth Rs 50,000; gas bottles, ration goods, utensils etc. worth Rs 15,000; and 300 to 800 litres of diesel worth Rs 30,000 to 80,000. Also, it added, many boat owners have lost their boat licences and other documents due to the cyclone, hence they are facing difficulty in being compensated.