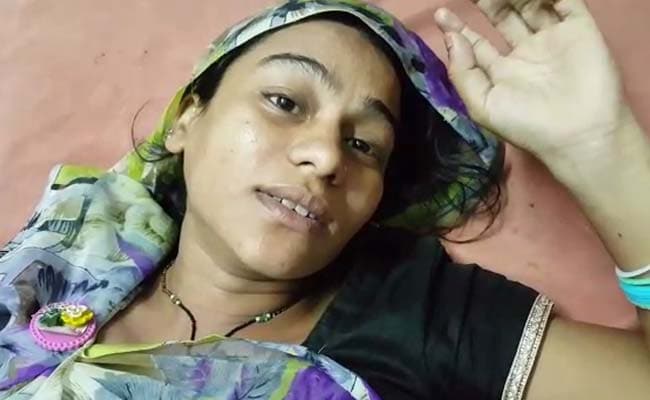 Six people were arrested for allegedly beating the woman and her family in Gujarat.

A Dalit family, including a pregnant woman, was allegedly beaten up at Karja village in Gujarat’s Banaskantha district after the members refused to dispose a cow carcass, police said on Saturday.

According to the First Information Report or FIR lodged by the pregnant woman’s husband Nileshbhai Dhunabhai Ranwasia, a group of around 10 people from Darbar community attacked his family including his wife Sangitaben last night after the family refused to dispose the carcass.

“They abused me and thrashed me before entering my house and beat my pregnant wife Sangita on the abdomen and all over her body with sticks,” Mr Ranavasia alleged in his complaint.

He said they also threatened to kill Sangitaben if he did not go to the farm to dispose of the dead animals.

Six people including Sangitaben and two other women sustained injuries.

While Sangitaben was admitted to Palanpur civil hospital, Mr Ranavasia and others who had minor injuries were discharged after first aid, police said.

Police immediately rushed to the village and within hours the six accused were arrested, Banaskantha Superintendent of Police Neeraj Badgujar said.

“In view of rising concern over atrocities against Dalits it will be our priority to submit the chargesheet against the accused as early as possible,” he added.
Gujarat has been stirred by protests in recent months four Dalit men were beaten up at Una by alleged cow protectors.

Following the incident, the community pledged not to skin dead cows, a traditional occupation thrust upon a section of Dalits.

Following the thrashing of four Dalits in Una town of Gir-Somnath in July for skinning dead cows, members of the community have stopped clearing animal carcasses across the state. However, there have been cases where Dalits were assaulted for refusing to dispose dead animals.

In August, a 15-year-old Dalit boy was thrashed by two men from the upper caste in Bhavda village in Daskroi taluka of Ahmedabad after his father refused to dispose cattle carcasses. In the same month, two Dalits were thrashed in Mandal village of Rajula taluka of Amreli for refusing to dispose carcass of a calf on Sunday afternoon. Seven persons, including sarpanch of Mandal village were booked for assaulting Dalits.