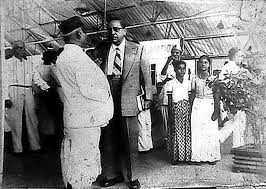 The book was distributed in schools as part of Dr Ambedkar’s 125th birth anniversary celebrations. The book, Rashtriya Mahapurush Bharat Ratna Dr B R Ambedkar, written in Gujarati by Dalit scholar P A Parmar, was selected by the state government’s Department of Social Justice & Empowerment.The Gujarat government has withdrawn a book on Dr B R Ambedkar that was distributed to students of Class VI-VIII in government primary schools across the state, reportedly because it contained “anti-Hindu” content.

The book was distributed in schools as part of Dr Ambedkar’s 125th birth anniversary celebrations. The government took the decision to withdraw the book after it found that the publisher had added the “22 vows” Ambedkar prescribed during the mass religious conversion of 1956, in which thousands of his followers shed Hinduism and embraced Buddhism.

The book, Rashtriya Mahapurush Bharat Ratna Dr B R Ambedkar, written in Gujarati by Dalit scholar P A Parmar, was selected by the state government’s Department of Social Justice & Empowerment — the same department that ordered the recall.

The department is leading the programme on the year-long celebrations, which started on Ambedkar’s birth anniversary, April 14, 2015. The book was distributed to students so they could prepare for a state-level quiz competition on Ambedkar.

Sources said the publisher, Ahmedabad-based Surya Prakashan, had already dispatched the books to district headquarters and they were being distributed to schools when an order to recall them was issued.

The government had got more than four lakh books printed, most of which had already been distributed. Dr Ambedkar had read out the 22 vows at a mass conversion ceremony in Nagpur on October 15, 1956. In the vows, Ambedkar stated that Hinduism was “based on inequality” and denounced Hindu deities and rituals.

Director, Scheduled Caste Welfare, Department of Social Justice & Empowerment, K D Kapadia said, “The publisher added some things in the book that were seen as sending a wrong message to the impressionable mind of primary school students, so the government decided to withdraw the book… Some matters pertaining to religious conversion that are there in the 22 vows of Dr Ambedkar were added by the publisher that were seen as going against the message of national integration. Government’s action will be in the interest of the public.”

When contacted, Parmar said the original edition of the book was 24 pages-long and did not contain the 22 vows. “The addition was made by the publisher, who did not discuss the matter with the writer,” Parmar said. “It was the publisher’s mistake to add Ambedkar’s 22 vows. The addition has caused controversy… The publisher said that since some pages were blank while going to print, he decided to print the vows without asking me. The changes in my book were not discussed with me, else I would have suggested the use of Baba Saheb’s pictures instead,” Parmar said.

Parmar and an official of the Social Justice & Empowerment department said the publishing was handled by Dharmesh Kothari of Surya Prakashan. When contacted, Kothari refused to comment on the matter.

Social Justice & Empowerment Minister Ramanlal Vora could not be reached for a comment.