Lawyers’ body had filed the PIL last week seeking investigation by an official of IGP rank into the killings in Handwara. 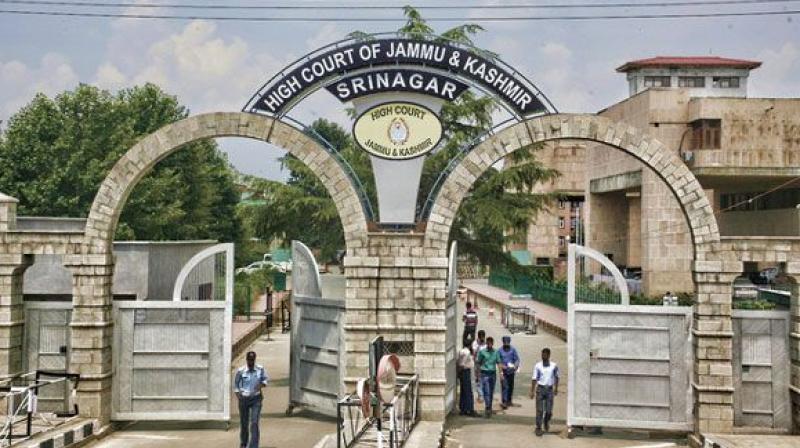 The court directed the counsel representing union government to file its reply to the petition filed by the mother of the girl. (Photo: PTI)

Srinagar: Jammu and Kashmir High Court on Tuesday reserved orders on a public interest litigation which had sought a judicial probe into the alleged Handwara molestation incident that led to widespread protests, resulting in death of five persons.

The lawyers’ body had filed the PIL last week seeking investigation by an official of IGP rank into the killings in Handwara and Kupwara towns. They had also sought that the probe be monitored by a sitting High Court Judge.

Bar Association president Mian Abdul Qayoom submitted that there is discrepancy in the age recorded in the girl’s statement before the magistrate where her age is shown as 19 years while as per school records she is only 16.

“It is a manipulation by the police,” Qayoom claimed.

The Advocate General, respresenting the state, said the Bar Association had no right to file the PIL as a case has already been moved before the High Court by the mother of the victim.

“Certain facts at this stage need not to be made public which are under investigation. However as and when directed by the court, diaries and other relevant material can be placed at the disposal of the Hon ble Court,” he said.

The court directed the counsel representing union government to file its reply to the petition filed by the mother of the girl.

The mother’s petition was clubbed with the PIL on the court directions on April 20 as the Division Bench was already seized of the matter.

Meanwhile, Jammu and Kashmir Coalition of Civil Society said the girl will continue to remain in “police custody” against her will.

“For the third time, the case of the 16 year old girl under unlawful police detention and subject to daily intimidation and harassment was heard by the Division Bench with a simple prayer: that she be set free.

The Handwara minor girl has been video recorded, slapped, spat at, had her phone snatched, personal space violated, randomly moved around, been under constant surveillance and kept detained.

All of this against her will,” the organisation said in a statement.

Massive protests were witnessed in Handwara town of north Kashmir on Arpil 12 following allegations that a girl was allegedly molested by an army soldier.

The girl, in her statement to police as well as before a judicial magistrate, has not mentioned anything about molestation but named two local youths for harassing her while she had gone to a public lavatory to answer the call of nature.

One of the youths has been arrested while the other youth is on the run. The state government has ordered a magisterial probe into the incident.http://www.deccanchronicle.com/nation/current-affairs/260416/handwara-molestation-case-j-k-hc-reserves-order-seeking-judicial-probe.html