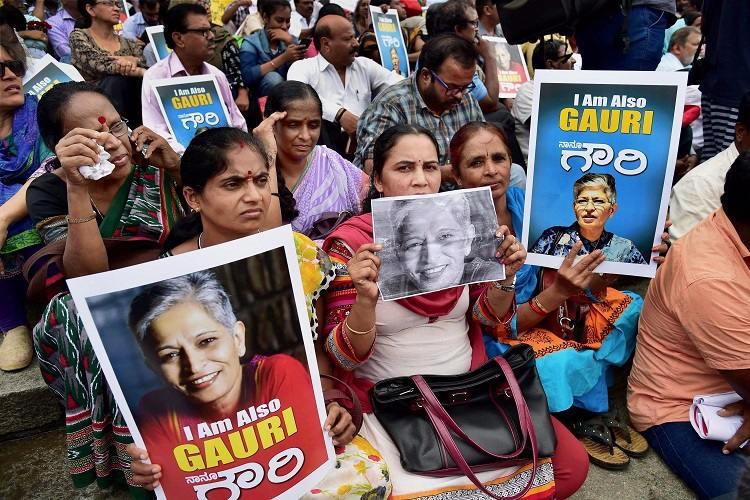 Gauri Lankesh would have turned 56 years old today  if she had not been shot dead by unknown assailants in September 2017.

In remembrance of the slain journalist, her family, colleagues, friends and supporters  came together at Town Hall in Bengaluru on Monday.

The Gauri Memorial Trust in Bengaluru is celebrating January 29 as Gauri Day to mark the 56th birth anniversary of slain journalist Gauri Lankesh.

“Today is the birthday of Gauri Akka. Amma, your memories and your love are always with us, but I wish you were also there,” tweeted Kanhaiya. 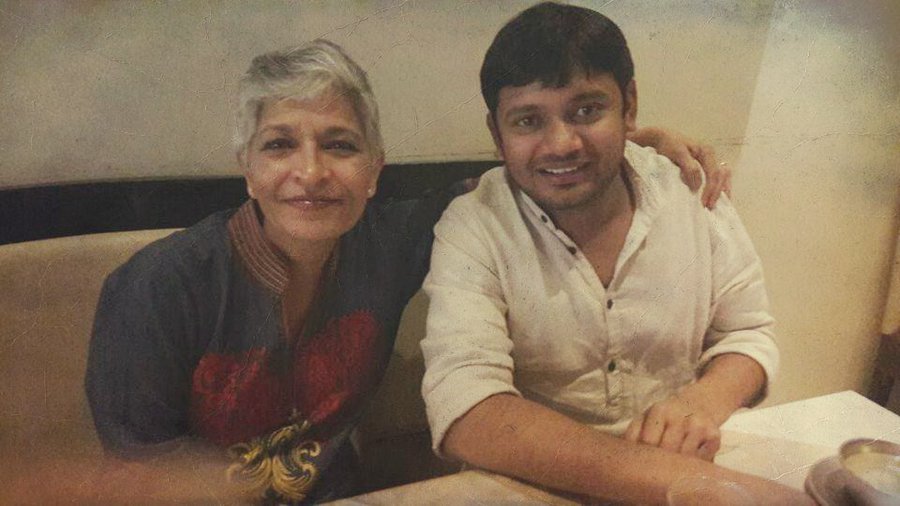 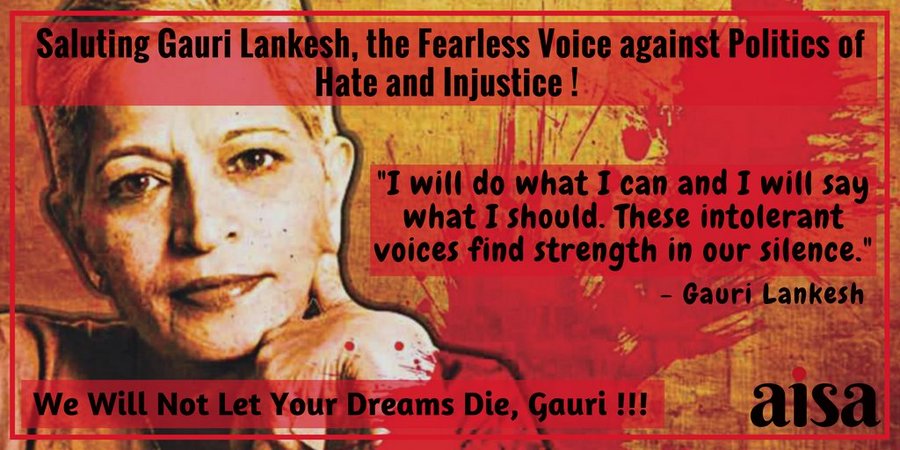 Salute the memory of Gauri Lankesh on her birthday! We won’t let your dreams die Gauri… 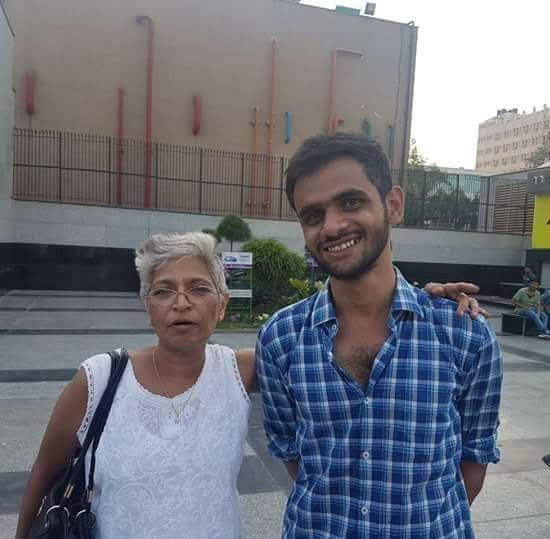 Let’s not forget how Gauri was killed, but let us also continue remember how Gauri lived. We will keep Gauri alive by carrying forward her fight for democracy, secularism and justice.
Happy Birthday, Gauri Lankesh! #GauriDay

The programme began at 2 pm  included songs dedicated to Gauri, sung by Sufi singer Sumati and Hulikunte Murthy. An oath will be administered to protect the spirit of Constitution. Gauri’s sister Kavitha Lankesh, Prakash Rai, media advisor to the chief minister Dinesh Amin Mattu and Doddipalya Narasimha Murthy, president of the trust, will address the gathering, reported Deccan Herald.

Besides, books titled ‘Nanu Gauri’, a collection of poems about the journalist-activist, and ‘Gauri Hoo’, essays by her and about her, was released on the occasion.

The formal announcement of the Gauri Memorial Trust was made in December last year by the core committee members, including activist Teesta Setalvad,  writer Devanur Mahadeva, former legislator AK Subbaiah, environmentalist and activist Chukki Nanjundaswamy, among others.

The focus was to launch a paper to take forward Gauri’s ideology, conduct annual State and national-level seminars in her memory; institute an award in her name for journalists and activists working to uphold Gauri’s values and conduct orientations and offer scholarships to young journalists, reported The Hindu.

Lankesh, the editor of the “Gauri Lankesh Patrike”- a tabloid, was shot dead September 5, 2017 by unknown assailants outside her home in Rajarajeshwari Nagar in Bengaluru.

She was a critic of right-wing Hindu extremists. She also campaigned for the rights of women and against discrimination based on caste for which she was awarded Anna Politkovskaya Award.

After the preliminary investigations, SIT had released three sketches of suspected killers and sought public help.

It  featured an ensemble of folk, rap and classic music led by Arathi from Bengaluru, Sheetal  Sathe of Kabir Kala Manch in Pune and TM Krishna from Chennai. Two books- ‘I am Gauri… A Flaming Moonlight’ and ‘Gauri Hoovu’ were  released during the event.

Even four months after the journalist’s demise, her memory, work and fierce determination to uphold journalism continues to be celebrated by her supporters across the country.

The Special Investigation Team (SIT) probing her death is yet to make an arrest in connection with her killing, in spite of Gauri’s death triggering nation-wide protests in September last year.

The Gauri Memorial Trust formed in December is organising the event. It aims to continue Gauri’s people-centric brand of journalism, representing movements of farmers, marginalised sections and labour unions among others.

Meanwhile, a plan to launch a weekly newspaper to memorialize Gauri is yet to be realised. Sources in the Gauri Memorial Trust told The Hindu that apart from the matter of funds, there is a temporary injunction order obtained by Indira Lankesh, Gauri’s mother, restraining people from starting a paper with the terms ‘Gauri’ or ‘Lankesh’.