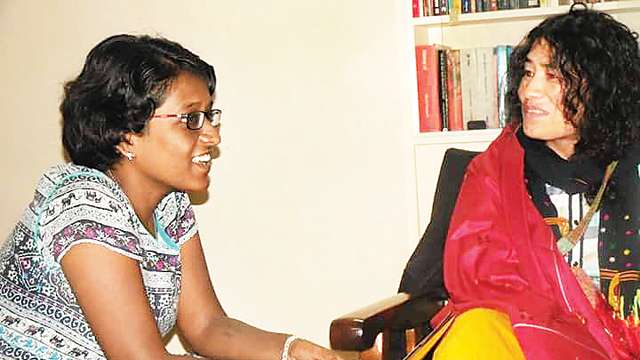 According to people close to Divya, she has left the state as she continued to receive sexist, abusive and threatening phone calls and messages even after the police complaint filed by her.

After being continuously harassed by members of a caste group over phone with death and rape threats, activist-cum-filmmaker Divya Bharathi who made the documentary film Kakkoos (Toilet) on manual scavenging, has left Tamil Nadu fearing for her life and safety.

According to people close to Divya, she has left the state as she continued to receive sexist, abusive and threatening phone calls and messages even after the police complaint filed by her. In order to ensure her safety, the people close to her have kept her current location a secret.

An FIR has been filed against Divya who has been part of CPI(ML) since school days, for portraying members of Pallar community, belong to Schedule Caste, indulging in the manual scavenging. Her documentary, which was released on February 26, features people from different Dalit communities including Pallars narrating their ordeal as manual scavengers.

Divya had told reporters that she started getting abusive calls only after she uploaded a video of sanitary workers who were allegedly harassed by Chitra Selvi, the Dean of Anna University in Dindigul on July 21. Chitra Selvi who also belongs to Pallar community was supposedly associated with a Dalit party – Puthiya Thamilagam (PT).

Soon a poster quoting PT leader Dr Krishnasamy saying that Kakkoos documentary projected Pallar community in bad light went viral in social media, Divya said, adding she started receiving threatening calls. She also started being followed by some miscreants who even went to the extent of calling and telling her about her location and what she was doing there.

With the police failing to act on her complaint, sources said, Divya preferred to move out of the state for some time and to remain connected through social media. Her decision to leave the state comes amid internationally-acclaimed human rights activist Irom Sharmila extending her support and inviting Divya to be her bridesmaid for her marriage to be held at Kodaikanal on August 16

Thames Water – a private equity plaything that takes us for fools
CPI(ML) Activist Zafar Lynched to Death in Rajasthan For Resisting Photography and Videography of Wo...
A Citizen Stands With Victim Of Communal Bullying #IStandWithYou
RK Pachauri to be summoned by police - Sexual Harassment case #Vaw