Time’s up, reportedly, for a well-known high profile evangelist and investor in the Indian startup ecosystem. A police case has been registered against his alleged sexual harassment of women who have approached him for advice. This is providing a much-needed opportunity for reflection and corrective action in the male-dominated startup ecosystem in India. The opportunity should be taken.

First things first, it must be understood that sexual harassment is not a crime of sexual passion or sexual desire, but of power imbalance.

The power imbalance that exists in these situations emboldens the person who perceives even a slight power advantage and is not above abusing it. Historically, that advantage has benefited men, including in India where the wealthiest 1 percent own 58 percent of the country’s wealth. 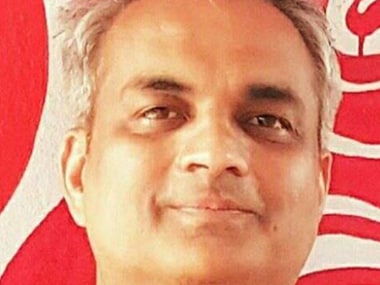 Recent figures show not much has changed as women founder-led startups in India received just 2 percent of startup funding in 2017. A Randstad Workmonitor survey found that nearly 83 percent of the Indian workforce has entrepreneurial ambition. With investable wealth disproportionately in the hands of a few, this power imbalance is not likely to tilt naturally to some semblance of fairness. In other words, startups need intent and action to change this situation.

What can startups do to ensure they do not foster a toxic environment for women and other minorities? The short answer is — plenty.

Founders should think of inclusive organisational design and the values underpinning the enterprise right at the beginning. Bringing in early advisers and mentors, who represent diversity of gender, schools attended, business experience, not to mention in the Indian context, caste, and religion, helps create the right foundation. No time to think about values and such stuff? Well then, expect that the empire you create may be destroyed by the very same lack of values.

Further, the startup should consider adding one or more independent directors to its board. These board directors should be experienced with governance and help shape the scaffold for future growth. This scaffold would comprise shaping the right culture — where the workplace does not tolerate harassing language or actions towards anyone — and instituting the right redressal mechanisms — including but not limited to the precepts of the Vishakha Guidelines.

Good governance also provides a competitive advantage in the long run, as the startup with a good reputation will attract a wider range of potential employees, and deliver better for its investors. Reputation is important because let’s not forget that the grapevine talks about things long before they become bad headline news. Investors should also find the prospect of a healthy culture and attendant successes attractive.

The argument often proffered to dismiss this advice is that startups do not have time to do all this, especially in the early days. To that I say, having seen enough failed startups, if you do not have the time to do some things right the first time, you will never have time to keep doing them over and over especially as other things related to growth consume your attention.

A March 2017 World Bank report noted that over the last 25 years in India, the workforce participation of college-educated women (alongside illiterate women) has fallen by over 11 percent placing India just above the Arab World and Pakistan, and way behind developed nations. An ambitious nation such as India cannot afford to let half its human capital wealth go to waste. Addressing harassment in the workplace is an essential step towards ensuring that waste does not happen.