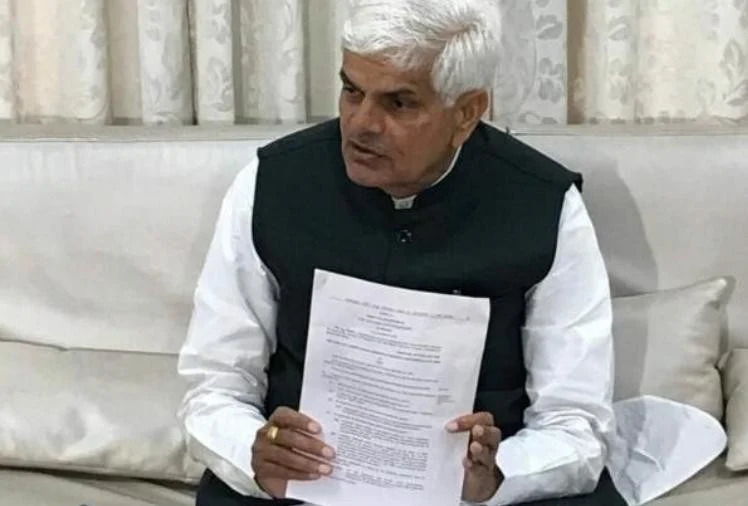 Rampal Majra alleged the Red Fort incident was part of a conspiracy to defame the farmers.

Majra did not announce his future plans as of now but hinted that he may join a “like-minded” party. Majra alleged the Red Fort incident was part of a conspiracy to defame the farmers. “Many photos have made it clear the persons responsible for the Red Fort incident were close to those who are in power. It was the duty of the government to prevent such an incident. The security agencies must have made adequate security arrangements,” Majra said.

He also accused the ruling BJP of making efforts to divide the protesting farmers by levelling baseless allegations against them. “The farmers were demanding implementation of the Swaminathan Commission report to ensure profitable prices of the crops but the government introduced these anti-farmer laws. No organisation had demanded such farm laws. After introduction of these laws, the mandi system will collapse and will end the facility of minimum support price (MSP) of crops. The permission for unlimited storage of food items will lead to black marketing and ultimately hike prices of these commodities,” Majra added.

Majra blamed the BJP for incidents of violence that took place in Delhi during the farmers’ tractor rally on January 26 and accused the Centre of trying to sabotage peaceful protests of farmers.

He also said over 150 farmers have died during the farmers’ agitation including due to heart attacks and in road accidents but the government has so far not said a word about them.

He hailed the decision of INLD leader Abhay Singh Chautala to resign as MLA over farm laws and stand in support of farmers.

It’s a brave decision of Abhay, it will give a boost to the farmers’ movement. His decision needs to be appreciated because during current times people are not even ready to resign as sarpanch or a zila parishad member, he added.

Majra said Haryana Deputy Chief Minister Dushyant Chautala, the JJP leader whose party is supporting the BJP in government, too should have openly come out in support of the agitating farmers.

To another question, Majra, who has a four-decade-long political career and is one of the senior leaders from Haryana, said he has not taken any decision yet whether to join any other outfit.

I will consult my supporters, friends and well-wishers before taking any decision, he said.