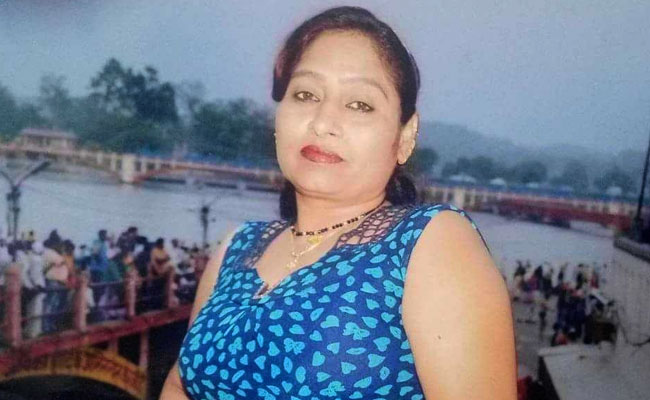 ‘Meet You At The Show,’ Haryana Singer Told Friend. Found With Throat Slit

Mamta Sharma‘s family blamed the police, accusing the district police of not acting on their complaint that she had gone missing on Sunday.

A folk singer in Haryana, missing since last weekend, was found on Thursday with her throat slit in the fields of Rohtak district‘s Baniyani, which happens to be the native village of Chief Minister Manohar Lal Khattar, whose government is under intense pressure over recent rapes and murders in the state.

Mamta Sharma’s family blamed the police, accusing them of not acting on their missing complaint.

Her body was found by villagers yesterday afternoon.

Mamta Sharma had left home early on Sunday morning with her associate Mohit Kumar for an event in adjoining Sonipat. She left around 8 am, her son Bharat said. At around 10.30 am, Mohit Kumar phoned the family and said that Mamta Sharma had switched cars and left with another group.

Mr Kumar told the family that she claimed to know the people in the other car and, before switching, arranged to meet him at the event they were headed to. But she didn’t turn up and her mobile phone was switched off.

The family set out to look for her and also reported to the police.

On Monday, her son said, her mobile phone did ring and the family went to the police. “But the police did not take any action,” he said.

The police have registered a murder case and are trying to identify the people she met on Sunday and apparently left with. They believe details of her phone records can help trace her movement.

Another Haryana folk singer was murdered in October.
Harshita Dahiya, 22, was shot dead at close range while she was on her way back to her home in Delhi after a performance in Panipat.

Harshita Dahiya was shot in the head and neck at close range by men who blocked her car in Panipat and forced others with her to get out. The police said she had been killed on the orders of her brother-in-law, a notorious gangs