At least 50 Muslims were picked up by PAC personnel from Hashimpura village in Meerut, Uttar Pradesh, in May 1987 (Picture: Praveen Jain)

The Delhi High Court termed the Hashimpura massacre a targeted killing of defenceless people by the police. 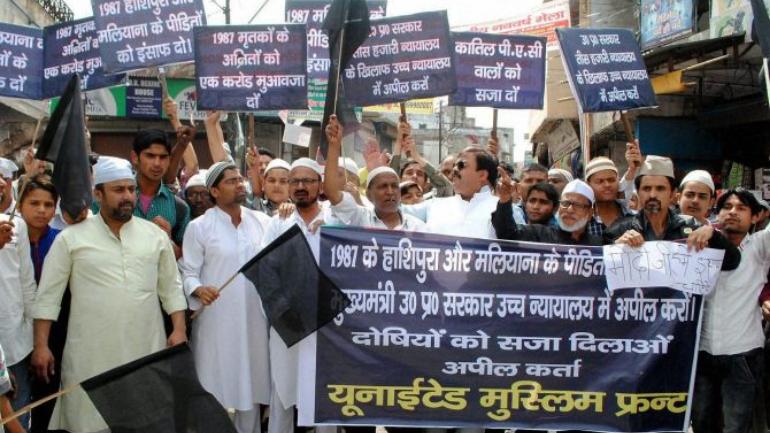 The mass murder took place 31 years ago at Hashimpura near Meerut. All the victims were Muslims. The killings took place on May 2 in 1987 and 19 PAC personnel were made accused in the primary trial that took place at the Tees Hazari Court in Delhi.

Three accused died during the trial. The trial court ruled in 2015 that killings took place but the accused could not be proven guilty of the crime. They were acquitted by the court.

The high court termed the massacre “targeted killing” of unarmed and defenceless people by the police. The court imposed a fine of Rs 10,000 on each of the convicts.

he HC, which was hearing appeals filed by Uttar Pradesh, the National Human Rights Commission (NHRC) and private parties including Zulfiqar Nasir, a survivor of the massacre, had reserved its verdict in the case on September 6.