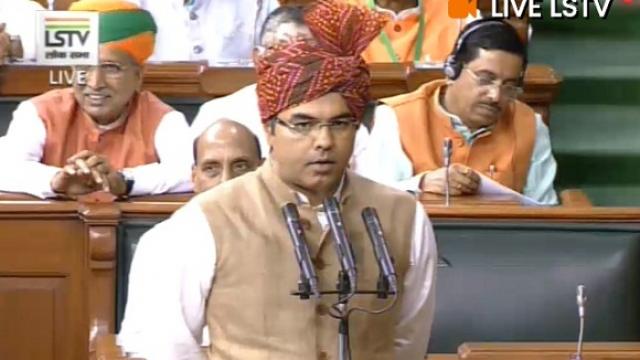 Ahead of the Delhi election, another BJP leader has stoked a controversy with his comments. BJP MP Parvesh Verma has said people from Shaheen Bagh will “enter homes and rape and kill daughters and sisters”.

After Union minister Anurag Thakur, now BJP leader Parvesh Vermahas triggered a row with his controversial remarks on those protesting against the Citizenship Amendment Act (CAA) at Shaheen Bagh in Delhi.

In an interview to news agency ANI on Tuesday, the BJP MP said, “Lakhs of people gather there [Shaheen Bagh]. People of Delhi will have to think and take a decision. They will enter your houses, rape your sisters and daughters, kill them. Parvesh Verma added, There’s time today, Modi ji and Amit Shah won’t come to save you tomorrow.”

#WATCH: BJP MP Parvesh Verma says, “…Lakhs of people gather there (Shaheen Bagh). People of Delhi will have to think & take a decision. They’ll enter your houses, rape your sisters&daughters, kill them. There’s time today, Modi ji & Amit Shah won’t come to save you tomorrow…”4,1099:48 AM – Jan 28, 2020Twitter Ads info and privacy2,062 people are talking about this

The BJP MP had on Monday openly threatened Shaheen Bagh protesters as he addressed a rally in Delhi. Parvesh Verma said if the BJP is voted to power in Delhi, it will only take an hour to clear off protests in Shaheen Bagh.

“This election [Delhi poll] is not a small election but that for stability and unity of the country. If a government of the Bharatiya Janata Party is formed on the February 11, then after an hour no one will be seen in Shaheen Bagh,” said West Delhi BJP MP Parvesh Verma.

The BJP MP also said that within one month of being voted to power, he will ensure that all mosques built on government land are demolished in his constituency.A

“If my government is formed in Delhi, then give me only one month’s time after February 11. Will not leave any mosques built in my Lok Sabha constituency on government land will remove them all,” Parvesh Varma said.

Union minister Anurag Thakur earlier egged on participants of an election rally to raise an incendiary slogan that “traitors should be shot”, after he lashed out at anti-CAA protesters. At the rally, Thakur shouted “desh ke gaddaron ko” to which the crowd responded “goli maro sa*** ko” (shoot down the traitors).

Addressing the meeting in support of BJP candidate from Rithala, Manish Chaudhary, Thakur raised the pitch of nationalism as he linked opposition parties with anti-CAA protests in Shaheen Bagh and with alleged anti-India slogans, and then asked the crowd to raise the controversial slogan.