Back in 1940, the Indian Air Force, in its seventh year, was operating out of Miranshah Fort in what is today North Waziristan Agency of FATA, Pakistan. The IAF only had some obsolete Westland Wapiti and Hawker Audax biplanes. Its role there was to support Indian Army operations against Pashtun tribesmen. For a century, the British Empire had been at war with “unruly tribals” in those areas. Indian Air Force pilots had also been cutting their teeth at combat by bombing and strafing the “war-like desperados” in that part. 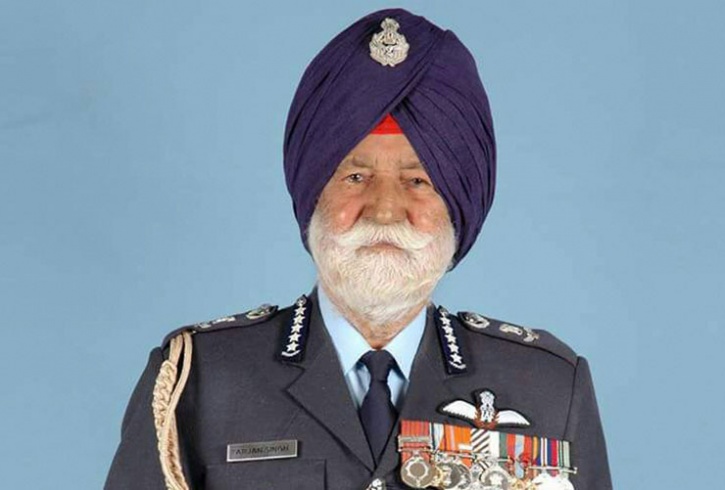 A young pilot officer named Arjan Singh, all of 21, was also sent out for his baptism by fire. Singh was from Lyallpur (now Faisalabad in Pakistan) in undivided Punjab. And destiny had chosen him to be the second most famous Singh from that place, the first being Bhagat Singh. It was deja vu of sorts for the young flyboy in Waziristan: his great grandfather had died fighting Afghans in the Second Anglo-Afghan War as part of the Corps of Guides, and his grandfather too had served in the same areas as part of the same regiment. So yes, the tradition of fighting was pretty much there in his family.

But nobody could have possibly guessed that he would one day rise to become the only five-star general officer of the IAF. One day, while flying from Miranshah to Razmak, Singh’s Hawker Audax was hit by rifle fire from the ground. The plane had to be force-landed in a nullah, and Singh hurt his nose as his head bumped on the control panel. 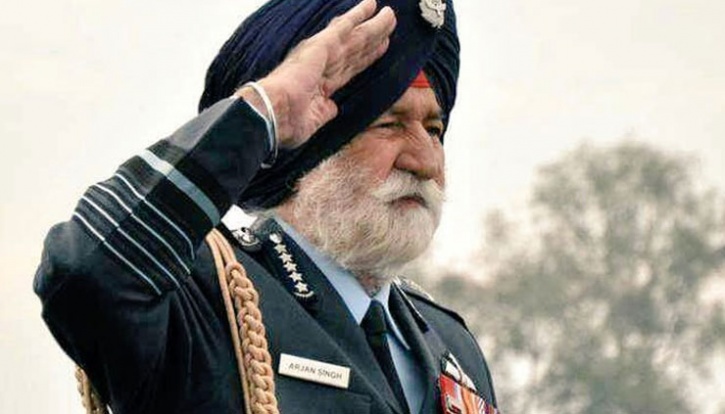 What happened after that is told differently by different people. Some say his gunner Ghulam Ali leapt out and ran, not realising that he was running straight towards the enemy, and was brought back by the pilot with great difficulty; others say that the pilot remained with his gunner, who was more badly wounded, until a Gurkha detachment came for their rescue. Whatever the version, a legend was born that day of a ‘flying Sikh’ with nerves of steel. And the battle scar stayed with him till the very end.

Four years later, Singh was a Squadron Leader and CO of No. 1 Squadron of IAF that was posted to the Imphal sector in February 1944. It was here that he was awarded a Distinguished Flying Cross. The Times of India had in its edition dated June 2, 1944, broken the news of Singh winning a DFC and carried a profile of him. The report had also quoted from the award citation: “Squadron Leader Arjan Singh is a fearless and exceptional pilot with a profound knowledge of his specialised branch of tactical reconnaissance, and he has imbued those under him with the same spirit.” 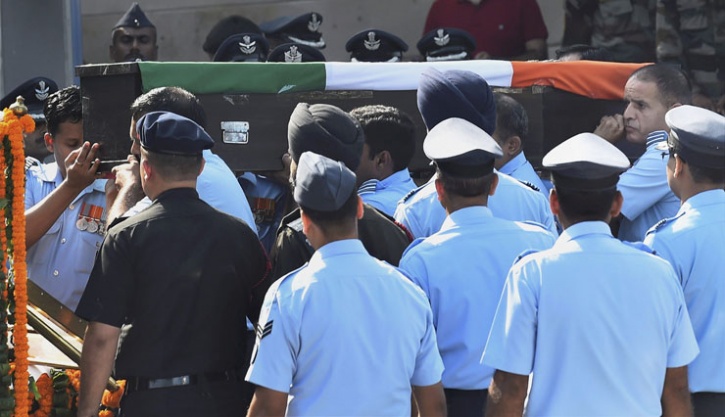 The DFC was presented to Singh in the field by Lord Mountbatten, then the Supreme Commander of SEAC. He was 25 then and only the fourth Indian to win the prestigious medal. When India became free in 1947, Singh was chosen to lead free India’s first flypast over the Red Fort, which was jointly put together by the Royal Indian Air Force and Royal Air Force. That was a historic moment and a rare honour for the future Marshal of the IAF— he was literally leading his country from Raj to Swaraj. At 45, he became the youngest chief of air staff, leading IAF in the 1965 War. His role there is quite legendary to be repeated here.