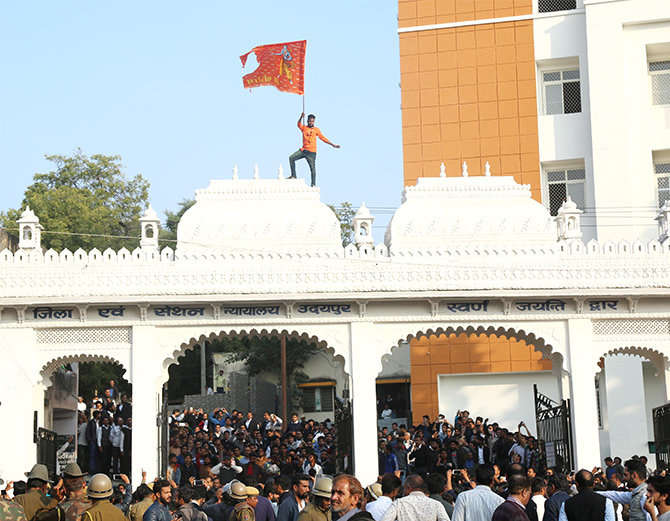 The clash between protesters supporting the man who killed a Muslim labourer, and police took place near Court Circle in Udaipur around 5 pm
OUTLOOK WEB BUREAU

More than 30 police personnel sustained injuries when a massive demonstration by hundreds activists of right-wing groups in support of Shambu Lal Regar, who killed West Bengal labourer Mohammed Afrazul in the name of “love-jihad” in Rajsamand, turned violent in Rajasthan’s Udaipur on Thursday.

The clash between protesters and police took place near Court Circle in Udaipur around 5 pm. According to reports, the protesters also unfurled a saffron flag at the entrance of the court. More than 20 protesters were also detained.

On Wednesday, many protests broke out demanding death penalty against Regar. The protesters also shouted slogans against right-wing groups, reported News18. The video of protest went viral after which the right-wing groups also held a demonstration in Udaipur.

Sudhir Joshi, additional superintendent of police, was among those injured in the clash, said the police, the report added.

Udaipur inspector general of police Anand Srivastava said the prohibitory orders will continue for a couple of days depending on the situation.

Regar had hacked Afrazul and then burnt him alive last week. He also shot the entire incident on a mobile phone following which he was taken into custody. 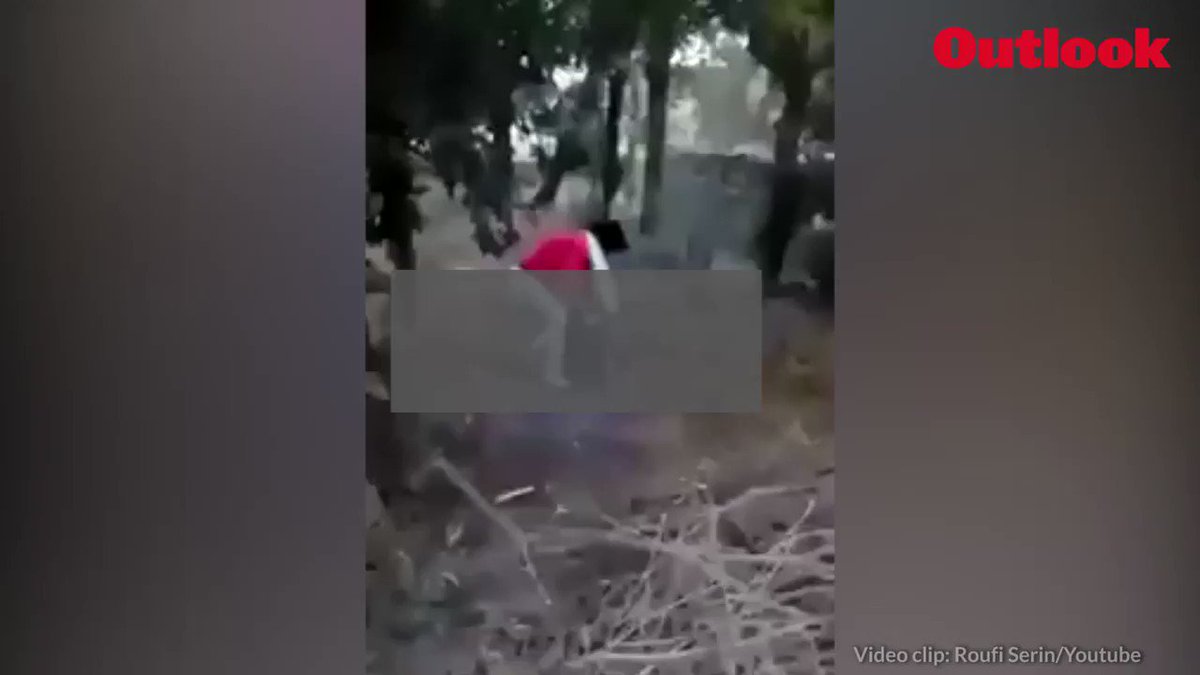 State Bajrang Dal chief Indrajit Singh claims that Udaipur SP had assured him of action against those in the video, added News18.

Meanwhile, the police in Rajsamand have frozen a bank account with deposits of around Rs 3 lakh “collected in the name” of Regar, reported The Indian Express.

Police officers told the daily that the money was donated by 516 people from across the country to the account being operated in the name of Regar’s wife Sita. The police have also arrested two businessmen for allegedly circulating images on social media of receipts acknowledging their donations to the account. The police crackdown followed an alert that a message was being circulated on social media with details of the bank account, and an appeal seeking donations for Regar’s family.