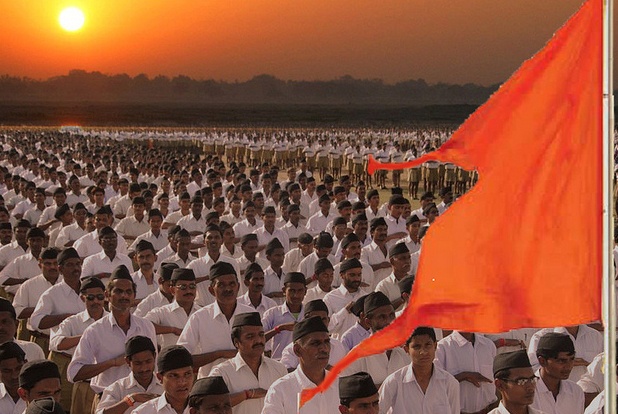 Even as the cry for ‘Nidhi banks’ exclusively meant for Hindus grows louder in Kerala, experts say these are companies and not banks under the Nidhi Rules of 2014 and cannot be compared to Islamic banking on technical grounds

In yet another instance of polarisation politics, the cry for religion-based banks for Hindus is growing louder in Kerala. Messages and forwards calling for ‘Hindu Banks’ or banks dedicated to the Hindu community, allegedly moderated by Hindutva groups and spiced up with sufficient gunpowder to incite hate against other communities, are spreading like wildfire on social networking platforms like WhatsApp and Facebook and YouTube channels.

Sources said several Hindutva groups on Malayalam social media pages have started a campaign to demand Hindu banks, in what they call a “fitting reply” to the concept of Islamic banking. These private groups and You Tube channels disseminate the message that the ‘Hindus in Kerala’ have to circulate the money only among themselves so as to protect the community and to ensure their welfare.

Sample this: “The members of Hindu community should collectively start their own financial institutions. Such institutions have to be established in every locality where there are Hindus who can make investments. We have to start such financial institutions along with Hindu Ashrams and other religious institutions. We can register as ‘Nidhi Banks,’” reads a post uploaded by a Facebook group named ‘Hindu Samrakshana Parivar’ on May 25.Advertisement

The post further explains the attractive packages that it would offer to members in the form of loans and deposits. The posts and videos are awash with hate comments criticising the ‘communists in Kerala’ for ‘promoting Islamic banking’ while allegedly ignoring a similar demand of the Hindu.

Media reports say around 100 companies have been launched for this purpose. The CPI(M) issued a circular to its area committees to be vigilant against ‘Hindu Banks’ which the party views as yet another attempt to polarise people. The letter issued on June 19 by Anavoor Nagappan, the Thiruvananthapuram district secretary of CPI(M) warns that the extremist Hindu groups are planning to start ‘Nidhi Banks’ modelled on those managed by the RSS/BJP in northern states.

“All the area committees should be cautious and the party members should not fall into this trap. The members and followers of the party should not cooperate with this venture,” read the letter issued by the state committee of CPI(M).

Former state finance minister Dr Thomas Isaac cautioned people against such banks through a Facebook post. “This slogan that Hindus money is only for Hindus is dangerous. The Sangh Parivar is now trying to apply new tactics to create communal polarisation as all their old technics were rejected by the people,” says Dr. Isaac in his post.

What is a Hindu Bank after all?

What is a Hindu Bank? Is it recognised by the Reserve Bank of India? Is it constitutionally valid to run a bank exclusively for the members of a particular religion? Is it a counterpart of Islamic banks? These are some questions that must be boggling many minds.

Technically, a Hindu Bank doesn’t fall under the definition of banks set by the RBI. It is instead a non-banking financial company formed under the Nidhi Rules of 2014. According to the rules, a Nidhi company is one in the non-banking finance sector that is recognised under section 406 of the Companies Act of 2013.

Venganoor Gopakumar, the person introduced as the coordinator of Hindu Banks in social media communities belonging to Hindutva groups, tells The Federal that that Hindu Banks are not technically banks.

“These are Nidhi companies which are non-banking finance companies, but we use the term ‘bank’ to make it easy for rural people to understand the concept. Our idea is to float such companies for Hindus,” Gopakumar said.

He confirms that there are around 870 functional Nidhi companies across Kerala. “A lot of Hindus are suffering due to the economic burden brought about by the COVID-19 pandemic. In Kerala, the cooperative sector is monopolised by the CPI (M). They deny loans to their political opponents. Hence we are gathering Hindus to make such companies for their own welfare,” Gopakumar added.

Leaders from the Opposition Congress refuse this argument about the ruling coalition denying loans to Hindus or political opponents.

“In the cooperative societies governed by CPI(M), the party must be providing employment only to their members, but no cooperative society in Kerala would make any such discrimination when it comes to providing loans. A society or a bank cannot survive in that way,” Kerala’s Leader of Opposition V.D. Satheeshan tells The Federal.

There are allegations that the social media communities run by right-wing groups also disseminate false information. Many posts and videos say that loans will be provided to Kudumbashree units (of the state’s poverty eradiation mission) even though the Nidhi rules of 2014 have no such provisions. As per the rules only individuals can apply for loans.

The very concept of a bank for Hindus has been termed unconstitutional by many.

“A bank or non-banking financial institution running exclusively for the members of a particular religion is plainly unconstitutional,” said V.K. Prasad, the director of Kerala State Financial Enterprise (KSFE), the largest non-banking financial company in the state’s public sector and a lawyer by profession.

Prasad says it a violation of the equality principle laid down in part 3 of the Constitution and that equating it to Islamic banking does not hold water.

“Islamic banking is nothing but running a bank interest-free. It is based on the Sharia principle that forbids paying or taking interest. It does not mean that beneficiaries of such a bank would only be Muslims,” said Prasad.

“We don’t agree with this idea of ‘Hindu Banks’,” says P.V. Jinan, the state president of The Hindu Economic Forum. “Any financial institution run by the Hindus for the Hindus is unconstitutional. We should not mix religion in every aspect of life which is against the secular principles of the country,” Jinen added.

He clarified that Hindu Economic Forum has nothing to do with the BJP or the RSS. “Our objective is to empower members of the Hindu community who are struggling to survive. We have nothing against any other religion or community,” Jinen said.

The proponents of the very idea of ‘Hindu Bank’ also are aware of its unconstitutional aspects. According to Gopakumar Venganoor, the criteria of membership in these Nidhi companies is regional rather than religious “The idea is to float as many companies as possible in rural areas. In a place where there are only Hindus, the company would also be having only Hindu members. Muslims also can run such companies,” Gopakumar said.

It is indeed clear that the larger idea is ghettoization, says Prasad. “Unlike the North Indian states, Hindus and Muslims live together in Kerala. Hence running a financial company by giving membership exclusively for the members of a particular religion is difficult. This propaganda for ‘Hindu Banks’ and the hate campaign against Muslim and Christian communities is part of a larger plan of creating ghettos” he added.